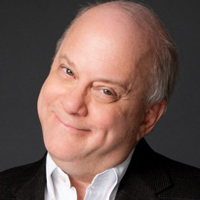 In making the announcement, JDA President-CEO Angela Betasso said: “I had the good fortune of working with Dave when he was a vice president at WFAA-TV in Dallas, witnessing firsthand his creative genius, critical eye, and drive for excellence … and the joy de vie he brought to business.

According to JDA, Muscari’s branding and writing experience and skills will help JDA “continue to deliver on our promise to partner clients: ‘We make you money, we make you better.’ Bringing his experience in leadership positions at some of the great media companies, he will be a tremendous asset to the JDA staff and particularly our valued clients.”

Before JDA, Muscari was the vice president of product development at WFAA. During his 29 years at the station (Belo, Gannett, Tegna) he also held positions as VP of strategic alliances, creative director, and promotion manager.

Prior to joining WFAA, Muscari worked at WSB, the Cox-owned ABC affiliate in Atlanta, where he was promotion manager.

He is a former ABC Affiliate Marketing Advisory Board chairman and a founding board member of the National Academy of Television Arts & Sciences Lone Star Chapter in Texas.