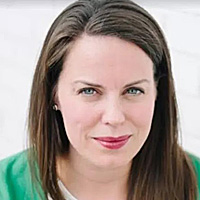 In making the announcement, Fox News Media President/Executive Editor Jay Wallace said: “Jessica’s exceptional skills and extensive understanding of politics in Washington and beyond have made her an asset to our news division. We look forward to her continued contributions to the network.”

Previously, Loker worked as senior producer for Fox Report with Shepard Smith where she supervised the program’s editorial direction as well as all newsmaker bookings. In this role, she also oversaw show scripts and served as the control room point person for the anchor and director during the daily one-hour newscast.

Since joining the network in 2004, Loker has contributed to the network’s coverage of every major election as well as numerous breaking news events including former President Trump’s live address to the nation on the al-Baghdadi special operation raid, the COVID-19 pandemic, Superstorm Sandy, the Tokyo nuclear crisis and NASA’s final Space Shuttle launch.

Prior to her time at FNC, Loker worked as an associate producer for News 12 Connecticut in Norwalk.