Fox moves him up from assistant news director to oversee journalism operations at the Seattle duopoly.
By TVN Staff | October 13, 2021 | 1:37 p.m. ET. 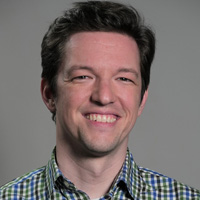 Jake Wiederrich has been promoted to vice president and news director of the Fox-owned duopoly in Seattle comprising KCPQ (Fox) and KZJO (MNT). Effective immediately, he will oversee all editorial, business and administrative functions for the stations.

Sheila Oliver, KCPQ-KZJO senior vice president and general manager, said: “Jake is the right person to be the news director here because of his focus on high standards of quality content. Jake’s experience in the Seattle news market gives him an edge on understanding what local viewers want and how best to deliver it.”

A graduate of the University of Portland, he holds a Bachelor of Arts degree in communication studies.