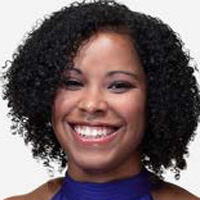 A seasoned producer and journalist, Tinsley joined KUSA five years ago as a content producer and has worked on nearly every shift and daypart. She was most recently executive producer for daytime and early evening news programs including the noon, 4 p.m. and 5 p.m. newscasts as well as Next with Kyle Clark at 6 p.m.

Tinsley has also championed the station’s diversity, equity and inclusion efforts and co-founded the station’s DE&I employee resource group in 2020. She will continue to oversee special projects, including the Olympics and election coverage.

In making this announcement, KUSA news director Megan Jurgemeyer said: “Erica is a natural leader. In the short time since she was promoted to executive producer just over a year ago, she has tackled every challenge, including managing during a pandemic. She was instrumental in creating a process to enable our producers to put together newscasts while working remotely from home. She spearheaded the creation of ‘Voices of Change,’ an ongoing content initiative we launched last June to amplify the voices of community members who are provoking change towards a more equitable, inclusive and flourishing Colorado. As a member of our news leadership team, Erica will help us continue to build our culture and grow our content plans across dayparts.”

She is a member of the National Association of Black Journalists, the Radio Television Digital News Association and is a graduate of New Mexico State University with a degree in journalism and mass communications.