On March 4, citing pandemic-related economic hardship, the Sinclair Broadcast Group laid off 5% of its workforce, including four on-air personalities from its NBC affiliate in Las Vegas, KSNV. It was only the latest in a series of newsroom purges like it.

Since 2008, newsroom employment across five different production industries — newspaper, radio, broadcast television, cable and “other information services” — has fallen 26%. Figures like that help explain the response KSNV weatherman Jerry Brown had to the delivery of his pink slip.

The NYC Media Lab is working to ensure that it is not the future of the biz, and it’s doing so by helping build tools that many newsies might want to rail against, out of fear they’ll ultimately promote the opposite outcome.

A consortium of local universities working in tandem with news publishers and other corporate partners to, among other goals, develop technology that will aid in newsroom production, the NYC Media Lab recently launched an “AI and Local News Challenge.” Across 16 weeks, says a press release, “startups and university teams in creative tech, journalism, design and technology and other disciplines will be tasked with developing project concepts and prototypes that leverage a range of AI technologies to solve problems for and empower news organizations, journalists and news audiences.”

The program was made possible by a grant from the Knight Foundation, as part of an initiative to help news organizations “harness the power of artificial intelligence to drive success.”

Applications are open through Dec. 1. Matt MacVey, community and project lead of the NYC Media Lab’s AI for Local News Initiative, assures newsroom employees they will not come to regard that date as the start of some movie-like, machine-driven apocalypse.

“You sort of hear: ‘OK, AI, it’s gonna have something to do with journalism, it sounds like maybe it’s gonna take my job,’ ” MacVey says. “But [AI] offers a lot of potential to really increase the reach of what local, regional journalists are doing.”

Through this challenge and other programming, he says the NYC Media Lab is bridging the gap between those who research and develop AI tech and those who produce news. 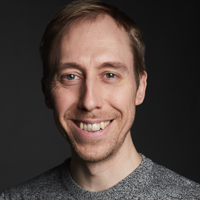 “Working in the journalism industry … there’s not a lot of extra time to keep up with this stuff,” MacVey says. But AI, he continues, can assist journalists in producing more stories, while freeing up time to “dive into investigations” and other substantive work.

For example, United Robots, a Swedish tech company founded and run by former journalists, built an AI-driven bot in 2017 that used sales data to generate more than 60,000 articles in its first year. Page views from the pieces, spread across a handful of U.K. markets, totaled 17.6 million. (Similar bots from the same company have also written stories about weather, sports and traffic.)

MacVey says AI-generated real estate content can be seen as standardized, “cookie-cutter” articles, ostensibly with data being injected into templates.

“From that point of view there’s not too much for the journalist to worry about,” MacVey said, referring to journo jobs being threatened. Injecting the bots into a newsroom to cover such stories, MacVey adds, can give a reporter the time to look into potentially dubious goings on with a real estate developer.

There are already video applications for AI tech, too. Adobe Sensei can “automate more arduous and complicated sides of the editing process,” MacVey says. Posing a hypothetical, he says, maybe there’s an editor with a lot of footage that features a “little defect,” like a smudge on a lens. Instead of having to comb through the totality of the footage to find the trouble spots and fix them, Adobe Sensei “can automate that whole workflow” and correct the issue itself.

MacVey also points out that text-to-speech AI tech has improved dramatically in recent years, which can be used to create audio versions of articles, opening up new distribution channels. (Meanwhile, MacVey points out that machine learning is already being used in areas like dynamic ad insertion, and few people seem troubled by that development.)

Generating more content on the cheap that pulls in revenue — via ad sales, subscriptions or other means — can help keep newsrooms staffed, MacVey says.

“That being said,” he continues, “like with anything, it’s always going to come down to the management and what their vision is.”

Count the Associated Press as one believer in the potential of AI in newsrooms. For years the news group has used the tech in coverage of sports and earnings reports and, in partnership with the Knight Foundation, have looked to beef up its AI capabilities.

Aimee Rhinehart, program manager for AI and local news at AP, recently told Poynter: “We are not building tools to replace people. We are building tools to automate tasks and hopefully broker opportunities for journalists to do deeper, richer stories.”

Speaking on a panel during a recent virtual conference produced by the NYC Media Lab, she added: “I can’t even imagine an AI that replaces journalists. There’s so much decisionmaking, there’s so much ethical consideration, they have deep wells of contacts. That’s not something AI can replicate.”

Across its AI and Local News Challenge, the NYC Media Lab is looking for roughly five universities or startup teams that will each build a prototype of an AI application for local news. They’ll get up to $7,500 in funding and mentorship. They’ll have the first six months of 2022 to develop their projects.

“We’d like to have a broad range of applications, anywhere from tools that help on the reporting and newsgathering side, things that can help with audience engagement, whether that’s helping with comment moderation, things like that,” MacVey says. He also hopes an applicant proposes a tool that can aid newsrooms in analyzing “misinformation or verifying user-generated clips that are submitted from your audience that are going viral.”

Upon her release from KSNV Las Vegas March alongside Jerry Brown, daytime anchor Heather Mills revealed she was shocked by the layoff. She also admitted harboring a pessimistic outlook.

“It’s going to be really tough,” she told a local reporter. “It’s not a great time to be looking for jobs in TV.”

Perhaps Mills might one day embrace the AI technological developments like those about to come through the NYC Media Lab’s challenge. They could eventually keep someone like her from having to hunt for a new position in the first place.

While I applaud the efforts of the consortium, a number of the figures in this article are misleading. Sinclair did, indeed, lay off 5% of its workforce, but it did so because of difficulties with its regional sports operation amid covid. At the same time that Sinclair revenue dropped 6% (Q4 2020), revenue was up 42% at Graham, 38% at Gray, 35% at Tegna, 43% at Scripps and 25% at Nexstar. And total local TV news employment was near a record high, so lumping it with others that are down is completely misleading. And, by the way, weatherman Jerry Brown is back on the air on Sinclair’s KSNV.
Bob Papper
Director, RTDNA/Newhouse School at Syracuse University Annual Survey