According to the Los Angeles ABC O&O, Chen is the first Asian American to lead a news department at a network owned television station in the city.
By Mark K. Miller | August 18, 2020 | 3:22 p.m. ET. 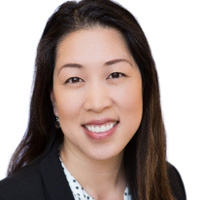 She will report to Cheryl Fair, president-GM and will be responsible for directing the Eyewitness News team. The promotion, the station said, “makes Chen the first Asian American to lead a news department at a network-owned local television station in Los Angeles.”

“Pam Chen is an innovative journalist, producer, mentor and leader at KABC, equally and fiercely dedicated to both the success of Eyewitness News and the people in the newsroom that she works with daily,” said Fair. “Pam shows that hard work, character, compassion and commitment are the ingredients for success. I am confident in her leadership and look forward to what is to come.”

“It’s an absolute honor to be entrusted to lead this newsroom,” said Chen. “The Eyewitness News team is comprised of world-class individuals that I’ve been working side-by-side and collaborating with throughout my 15 years at KABC. I am looking forward to leading this remarkable team as we continue to strengthen the connections to our local communities across Southern California through high-impact hyperlocal and relevant storytelling.”

Chen began her career at KABC as a morning producer of the Eyewitness News 5 a.m. newscast, later transitioning to producing the evening newscast (4 and 5 p.m.). She was instrumental in the launch and syndication of KABC’s first weekly entertainment show, On the Red Carpet. The syndicated show profiled the red carpet moments of celebrities at the Oscars, the American Music Awards, movie premieres, as well as behind the scenes of the biggest TV shows and movies, while shooting every week throughout Hollywood.

Chen returned to news as executive producer in 2014 and later took a lead role in implementing an entirely new operating and editing system for the newsroom. She also launched Eyewitness News at 3:00 p.m. as a distinctive hour-long newscast. A key leader in the team that covered some of the biggest news events including the San Bernardino terrorist attack, Las Vegas shooting, wildfires, earthquakes, the ongoing homeless crisis, Kobe Bryant’s helicopter crash and the COVID-19 pandemic, to name a few.

In 2019, she was elevated to assistant news director, where she oversaw business initiatives that included the launch of a group-wide community journalist program at KABC. Her responsibilities, which happen to be her passion, were mentoring and guiding these young multiskilled journalists in creating innovative storytelling techniques with a hyperlocal content focus.

In the past year, her leadership and direction helped lead the newsroom to three regional Edward R. Murrow Awards by the Radio Television Digital News Association for news coverage, including the Overall Excellence Award.