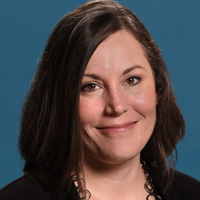 Gray Television’s CBS affiliate WBTV Charlotte, N.C. (DMA 23) has chosen Kim Saxon to be its next news director following the retirement of Dennis Milligan on May 24 after 18 years.

“Saxon is an award-winning journalist who has distinguished herself with over 15 years at WBTV, serving as producer, executive producer and currently as assistant news director where she has worked the last five years,” said WBTV VP-GM Scott Dempsey. “Her attention to detail, strong organizational skills and aptitude in strategic planning will be instrumental in building upon WBTV’s success.”

Saxon was a 2015 Carole A. Kneeland Project for Responsible Journalism Fellow and won a Midsouth Emmy for her team’s coverage of the 2016 riots in Charlotte following the police shooting of Keith Lamont Scott. She has also been an integral contributor to numerous other Emmy nominations, including News Excellence and Evening Newscast.

She is a Western Carolina University graduate and USAF veteran.