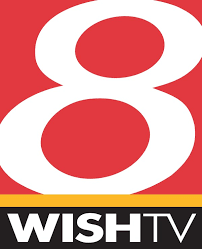 “Our new reporter will share previously untold stories of the many distinct cultures and ethnic groups who make up our ever-growing, diverse community,” said Ingram. “This dedicated focus to multicultural reporting will give a voice to the communities, traditions, and issues currently not being covered by other Indiana television stations.”

Locally owned and operated, WISH produces 75 hours of news and original programming per week. The station said this new multicultural reporter “is part of an unprecedented news coverage expansion initiative being rolled out over the next several months by the station’s new local ownership. WISH was recently sold by Nexstar as part of its purchase of Tribune media to Circle City Broadcasting, owned by Indianapolis native DuJuan McCoy.

“For 65 years WISH-TV has been making a difference in the lives of its viewers,” said McCoy. “As a local company, our commitment is to continue that legacy in an even bigger way. We plan to shine a bright light in many underserved areas of news, and within many underrepresented Indiana communities, delivering WISH-TV’s top-rated news, weather and sports to more viewers and in more homes than ever before.”

“In a city where nearly 45% of the population is non-white and just over half are women, responsible reporting must seek out voices that are representative of our city’s diversity and reflective of our community,” Mayor Joe Hogsett said. “I am happy to see that it is locally-owned and operated WISH-TV who is first in our state to have a dedicated reporter for issues affecting our diverse populations.”

Working to cover positive news from different cultural perspectives, WISH-TV’s multicultural news specialist will report on issues and topics including, but not limited to; opportunities for growth and advancement, faith, culture, contribution, history, health, education, legal, crime, poverty, and oppression.

Interested applicants are encouraged to apply by sending their resume to [email protected]  More information is available at WISHTV.com/Work-For-Us/.