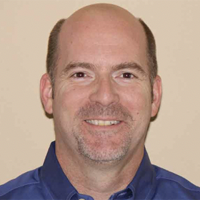 Broadcasters testing ATSC 3.0 in Phoenix and other cities have been updating the security protocols written for the new broadcasting standard and IT, security and engineering executives and managers will hear a briefing on these changes at TVNewsCheck’s Cybersecurity for Broadcasters Retreat in February.

Providing the update will be Peter Van Peenen, a technology consultant to Pearl TV, which has been conducting some of the tests on behalf of member companies. Security updates to the standard include a DRM solution to protect content and proposed changes to the interactive content layer. Pearl TV has been working with technology providers and set manufacturers to keep them up to speed on the changes.

Van Peenen will update CBR attendees during a Fireside Chat on Thursday, Feb. 21, at 2:15 p.m. at the Hyatt Grand Cypress hotel in Orlando, Fla.

In his work with Pearl TV, Van Peenen is responsible for the implementation and real-world testing of service and content protection, an effort that requires tight coordination between headend equipment, prototype receivers and solution providers. Solutions being tested include cryptographic signing of applications and signaling, as well as use of contemporary DRM and Conditional Access Systems in order to secure transmission for free-to-view and premium services.

Van Peenen has previously worked as a consultant to Comcast’s Technology and Product division, where he was involved in the incubation, test and rollout of the X1 Platform across a nationwide footprint. He has also provided operational expertise in the syndication of X1 to Cox, Shaw and Rogers Cable.

The second annual Cybersecurity for Broadcasters Retreat will open Wednesday, Feb. 20, with a two-hour Incident Response Simulation designed to train attendees to react calmly and effectively to an escalating security breach.

It will also include educational sessions, such as Ten Steps to Reducing Risk in 2019; Securing the Production Environment: A Conversation with Technology Vendors; Managing Security in the Cloud; Dev-Ops Divide: Overcoming the Knowledge Gap Between Engineering and IT and 10 Security Best Practices for Broadcasters.

In addition, there are Private Information Exchanges, where IT, security and technology executives, managers and professionals can discuss common concerns in a confidential environment.

The CBR observes Chatham House Rules and all attendees must sign a confidentiality agreement in order to attend. Learn more or register for CBR 2019 here.