GLAAD Goofed With Its ‘Duck’ Call 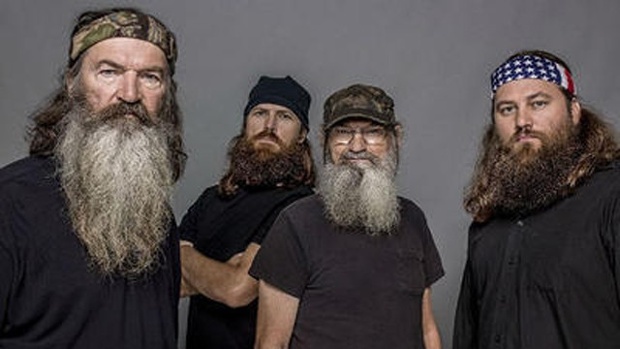 Phil Robertson's religious beliefs are of no interest to me or to a great many other Americans, I should think. I have no idea why GQ magazine, which is aimed at fashionable men, took an interest in a scruffy guy with a beard. Now, however, the host of A&E's Duck Dynasty has become a rallying point for those who oppose the aims of GLAAD, after the civil rights group called attention to his anti-gay remarks in the magazine. Great. That's just what gay rights need, a popular spokesman for homophobia. If GLAAD had not called attention to Robertson's GQ interview, it probably would have got all the attention it deserves, which is to say almost none.

Civil rights groups, including GLAAD, have done a fine job in making Americans sensitive to their fellow citizens who may differ from them in race, lifestyle, belief or gender.

In 35 years as a PR man, mostly for the entertainment industry, including broadcast and cable TV, I have observed GLAAD’s PR operation from a professional standpoint. It has generally been effective. However, on the Duck Dynasty front, I think GLAAD overreached.

Phil Robertson’s religious beliefs are of no interest to me or to a great many other Americans, I should think. I have no idea why GQ magazine, which is aimed at fashionable men, took an interest in a scruffy guy with a beard like Osama Bin Laden’s unless the book had a makeover in mind.

If I had been Robertson’s PR man and had known his beliefs, I’d have advised him not to disclose them to the interviewer.

If I had been the PR man for GLAAD, I’d have advised the organization not to go after an eccentric maker of duck calls and turn him into national celebrity beyond the viewers of his cable TV program. The TV personality that Phil Robertson projects obviously connects with his viewers, most of whom probably don’t care what he thinks about religion. A petition of a quarter million people asking A&E Networks to reinstate him may bear this out. No doubt A&E heeded the angry viewers when it reinstated Robertson only a week after suspending him “indefinitely.”

Now, Phil Robertson has become a rallying point for those who oppose the aims of GLAAD. Great. That’s just what gay rights need, a popular spokesman for homophobia. If GLAAD had not called attention to Robertson’s GQ interview, it probably would have got all the attention it deserves, which is to say almost none. The GLAAD PR offensive backfired. That is too bad, because GLAAD has an important role in advancing equal rights in America.

If Robertson were president of an important university, a political leader, a candidate for office or a top-level journalist, scrutiny of personal opinions he publicly expressed would be appropriate. He isn’t any of the foregoing. He’s a guy who makes duck calls.

Nonetheless, GLAAD continues to hammer Robertson and A&E. In a statement to The Wrap over the weekend, it said: “Phil Robertson should look African American and gay people in the eyes and hear about the hurtful impact of praising Jim Crow laws and comparing gay people to terrorists.”

GLAAD is risking its credibility over this silly issue.

On this one, it’s time for GLAAD to declare victory and go home. There will be other, more significant battles for it to fight.

If the people at GLAAD weren’t gay, we would have another name for them…..Bullies!

I agree with the article and with Bonefish’s comment. GLAAD’s reaction reminds me of the way Jesse Jackson hops on issues and screams “race!” just to get his face on TV. I suppose GLAAD could argue that the only way to end hateful speech is to call people out whenever they make it but one really needs to choose their battles carefully. Screaming about one redneck’s religiously-oriented yet constitutionally-protected viewpoint isn’t likely to generate much sympathy toward the gay community. Rather it will paint them as nothing but a bunch of whiny crybabies trying to intimidate businesses.

Need to call Ted Faraone out on his use of the the term “homophobia” which basically means a fear of homosexuals. There is nothing in the GQ interview that suggests Phil Robertson is either afraid of gays or was promoting a fear of gays. He merely stated his religiously-held belief on the subject and quoted The Bible as support. The author, apparently, needs to be reminded that at the heart of this issue is the freedom to speak one’s beliefs (and consequently risk having them argued against) without fear of censure or blackballing. By Faraone deliberately mislabeling Robertson’s stand on the issue of gayness as ‘homophobic’ he sabotages most of the points he’s trying to make.

Actually, that’s not what the freedom to speak is all about, at least as enshrined in the Constitution. It is about the freedom from government restrictions on speech, not from the non-governmental consequences of one’s speech. thus, public censure, blackballing, ridicule, boycotts or whatever are entirely legal consequences that may result when one’s speech is highly offensive to a sufficiently motivated group. Just as that speech may generate support from others. It may be that Mr. Faraone’s comments labeling Robertson’s views as homophobic were an exaggeration of what he actually said (I have not read the interview, only seen small excerpts, and have no intention of reading it as I have no interest whatsoever in Mr. Robertson), but what he did say clearly indicated a lack of understanding and a set of views predicated on a belief structure having nothing to do with science or facts.

And I wasn’t referring to the constitutional right of free speech but the innate right to speak one’s views or beliefs without censure, particularly from the so-called “liberal” left.

“A belief structure having nothing to do with science or facts.” “Science”, what exactly is that? Are we talking about science as in “human knowledge”, which is a moving target. Or, are we talking about the scientific method, which can only deal with things that are repeatable? Or, are we talking about scientific theory, which is again a moving target. Homosexuals would love to be able to defend their activities as right and good by genetics, yet if you actually follow that line of thinking out to its end you have to view pedophilia, theft, and murder as right and good since there is just as much genetic evidence that those are preconditioned by genetic traits as there is that homosexuality is. You can talk about “science” and “facts” all day long, but it doesn’t change the fact that if you begin with the wrong assumptions you will always end up with the wrong answer.

So you agree that MSNBC should rehire Martin Bashir then or does he not have the same innate right as the elder Robertson to speak one’s views without censure? Can’t have it both ways.

Now all he has to do is start talking about his other beliefs that come from the Bible, like stoning adulterers and never eating shellfish. Then we can get all of those pro-divorce and pro shellfish groups riled up as well! This isn’t about GLAAD and an increase or decrease in publicity. Those groups exist to point out all the crazy stuff that goes on, and the hotbutton issues right now are gays and abortion. We already know how he feels about gun control I assume, why haven’t we heard about the people opposing the show for those reasons? oh yeah, because apparently, the only stuff we can focus on in this country is Homosexuality and Reproductive Rights.

People are trying to make too much of the social aspect of this. Besides, this is TV site, not a social site. Very simple. A&E felt advertisers would be forced to withdraw as they have in other instances like this – and then the actor/show is cancelled. They tried to get ahead of it being pro-active with their announcement. Unlike other shows, the advertisers announced they were staying with the program so the relented. Just like a trial balloon in Politics, this allowed them to test the water (by being pro-active and announce a suspension). Do I think that A&E was smart planning this knowing it would turn out this way? No. Do i think they were smart to be pro-active so it did not turn into a Paula Deen etc where the show had to be cancelled because of inaction? Yes. That probably stiffled a slow groundswell against the show with Advertisers as everyone has now put their cards on the table, though again, my personal belief is they lucked into the outcome. In the end, A&E does not care how they came off as along as the Advertisers continue to support the show and Public continues to watch it.

I agree with Ted Faraone’s opinion that GLAAD is risking it’s credibility over this issue. I would go a step further and say that GLAAD has revealed itself to be a bully organization with no tolerance for opinions other then their own. There are large segments of the world that will not the LGBT lifestyle because of what is written in their holy books, like the Bible and Koran. As long as people are not advocating violence or discrimination against the LGBT community, they have every right to their opinions.

The problem in this situation is that GLAAD attempted to “throw their weight around” and interfere with a man’s livelihood because he disagreed with them. GLAAD went beyond silly, they showed themselves to be vicious bullies.

The response was overwhelming, people like me who never watched the show, and care nothing about having a better duck call in their lives became sympathetic with the underdog and angry at the aggressor, a group that continuously asks for, or perhaps demands, tolerance toward their views. Make no mistake, GLAAD accomplished one thing. They lost tolerance for the community they supposedly represent.

The best thing GLAAD could do to support the LGBT community is to openly admit they had an extreme knee-jerk reaction to the views Phil Robinson expressed and hope that future dialogs can be accomplished with a bit more civility on both sides.

GLAAD has made its self into the new “inquisition” which must enforce the new “orthodoxy” with the rack and stake. “Therefore you are without excuse, O man, whoever you are who judge. For in that which you judge another, you condemn yourself. For you who judge practice the same things.”