Indie WHDH Slow Out Of Block In Boston 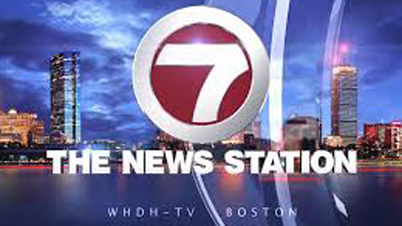 Following WHDH’s loss of its NBC affiliation at the beginning of the year, Ed Ansin’s station has gone news-heavy. He hopes he’ll have as good a result as he had years ago when his Miami station suffered a similar fate. So far, ratings are down from a year ago, but media analysts aren’t writing off the station in the long term. “Competing stations expected WHDH to nosedive in the ratings and that station has really managed to hold on to a good chunk of their news viewership,” says U.S. International Media’s Mary Rossi.

The indefatigable Ed Ansin hopes his history of a forced affiliate switch will repeat itself in Boston where his WHDH lost its NBC credentials when the network moved into the market with its own station on Jan. 1.

Nearly 30 years ago, Ansin’s other station, WSVN Miami, made the leap (or was push) from NBC to Fox and continued to prosper after NBC bought a station in that market.

“Before long we were exceeding what we did as an [NBC] affiliate,” says Ansin. “It really hinges on how much audience you can generate with local programs.”

But it will be no easy task this time around. With TV viewership fragmenting, broadcasting runs much leaner than it did in the 1989 and Ansin doesn’t have an innovative up-and-coming network like Fox to lean on.

“WHDH is a good competitor who has fared better than most stations that lose a network affiliation, but [it’s] still significantly down since the end of last year.”

Indeed, the early returns for Ansin and WHDH are not good. The January ratings show that all but its 6 a.m. newscast are down sharply, perhaps just as critical in a market that just went from four to five news producing stations, news viewership overall has taken a significant downturn.

Mary Rossi, SVP, director of media, Northeast, for media agency U.S. International Media, says there are a number of issues at work in Boston.

“We are seeing some erosion due to quite a few factors: Mild winter (better weather means people are less trapped in the house in New England), PUT [people using television] level losses, an affiliation change and a whole new station causing more fragmentation in the market.”

Jennifer Hungerbuhler, EVP and managing director of local video and audio investment for Dentsu Aegis’ media agency Amplifi US, concurs: “While it is still early in the switch for Boston, and viewership is likely still adjusting, we have seen a downward trend in evening and late news ratings in the key demo — adults 25-54.”

Market watchers caution that January is just a snapshot, that it will take months to get a clear picture of what’s truly going on. The key February book is due out next Thursday.

Here’s what the January snapshot shows:

NBC station executives declined to be interviewed for this story, and WCVB declined to talk about its ratings shortfalls.

WBZ GM Mark Lund says his station has been on a progressively strong path for a year and half — having upped its game, especially in marketing.

“When the pending affiliate changes were taking place, we launched a series of ‘legacy’ [marketing] spots,” he said, which touted the long history of the station, incorporating taglines “Everything Boston” and “Boston’s Most Watched.”

Much of this was expected since WHDH lost highly rated NBC primetime programming. In its place, WHDH added more news, including in primetime at 9 p.m., as well as two half-hours of syndicated game Family Feud at 8 p.m.

Although WCVB has also taken some hits, it was still on top in January — best in 25-54 news viewers in six of the nine newscasts that it airs and highest in overall viewers in seven programs.

“Ad sales are strong, after adjusting for last year’s record political,” says WCVB’s Fine. “Core advertisers are spending more on the local TV stations at this point, not just because there is one more station, but also because broadcast is a far superior value in relation to cable advertising. Money is moving over.”

WHDH’s strategy is simply more news. It now air 12 hours of news Monday through Friday versus 7.5 hours a year ago. The nice thing about locally produced news is you get to keep all the ad inventory, and viewers tend to watch live, says WHDH GM Paul Magnes. “We are the most DVR-proof station in the market,” he says.

Although WHDH has taken a hit in ratings versus a year ago, media analysts aren’t writing off the station in the long term.

“Competing stations expected WHDH to nose dive in the ratings and that station has really managed to hold on to a good chunk of their news viewership,” says U.S. International Media’s Rossi.

But five newscasts might just be too much for Boston, say others. Something, not necessarily WHDH, will have to give.

“There are only X-amount of news viewers available in any given market,” says Katz Television’s Bill Carroll. And for Boston, “you might be able to increase that slightly. But more realistically, you are taking a finite number and slicing and dicing it in a different way.”

Feeling that he has history on his side, Ansin expresses full confidence that his news-heavy strategy will work and that, if there is a news shakeout in the market, he will not be part of it.

“It’s going to extremely well,” he says. “We are giving viewers an option. We are clearly gaining news viewers. We are giving them a much more comprehensive newscast than a network can in terms of local stories…. All of our competitors are doing traditional newscasts.”

NBC did WHDH TV 7 a left handed favor. The future of local TV is not the fancy affiliation, it is local news times 10.

I can not tell you the new shows on any major BIG 4 net.I can tell you 5 shows we watch every night on Netflix or Amazon Prime. The enemy of TV is not the other stick in town , its these massive OTT firms. The money they have to work with is staggering !!!

You can not dictate HOW people get their video screen filled. NBC is still stuck on the OLD matrix. TV 7 may be smarter by accident with the HUGE news commitment.

The stations that create local perceived value and not a flip the switch network feed mentality will be the winners.

The majority of “news” stations are just making the donuts. Content largely defined by crime, car wrecks, and endless weather hype is not the future. Add the mind-numbing commercial glut and you are putting up a big sign saying “don’t waste your time here.”

Arguably, the most shocking trend in the Boston TV market is the sharp decline in viewership for longtime market leader WCVB. The anchor turnover has been extraordinary of late; first 15-year veteran Heather Unruh left the station, and now another 15-year veteran, JC Monahan, is also leaving when her contract is up. Even anchors whose contracts aren’t expiring keep getting bounced around the schedule. To be fair, turnover has been higher than normal at WHDH as well, but change has been a constant at Channel 7 throughout the Ansin era. The relative stability at WBZ may be key to their ratings success.

This is the future for non O and O TV for broadcasters. Aside from the O and O markets all Network programming will be on their cable stations…and there is only so much local news people can stomach…