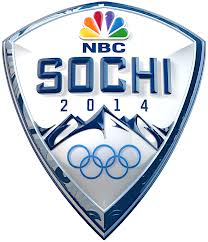 The team — representing each of the 10 markets served by the NBC-owned stations — is charged with bringing viewers distinctively local stories during the 18-day event, which starts Thursday, Feb. 6.

The NBC Owned Stations division of NBCUniversal has dispatched a team of 25 anchors, reporters, photographers and producers to Sochi, Russia, to cover the 2014 Olympic Winter Games, the most the station group has sent to an international event in recent history.

The team — representing each of the 10 markets served by the NBC-owned stations — is charged with bringing viewers distinctively local stories during the 18-day event, which starts Thursday, Feb. 6.

“The outstanding work of our colleagues at the Olympic Games has always been one of the most successful collaborations between our stations,” said Valari Staab, president, NBCUniversal Owned Television Stations. “With a dedicated group working together in Sochi, we will provide a localized perspective on a global event, personalizing the Games in a meaningful way for our viewers at home.”

Headquartered out of the International Broadcast Center, the NBC Owned Stations team has dedicated locations within Olympic Park from which local anchors/reporters will broadcast live to their respective NBC stations, digitally traversing the 6,000 miles between Sochi and the United States.

The stations will also have additional live shot locations in the mountains, closer to the snow events. Live reports from Sochi will air daily throughout the Games in the morning and late evening newscasts, with additional content to air during the midday and early evening news programs.

Journalists will also file reports for mobile, social and online platforms as well as digital out-of-home platforms, such as taxicabs.

The 25-person team in Sochi offers a wide range of skills and Olympics experience: WNBC New York’s Bruce Beck will be covering his fourth Olympic Games, KNSD San Diego’s Steven Luke will be reporting from his third Games and KNTV San Francisco’s Janelle Wang is on her inaugural Olympics assignment.

Additionally, the unit includes WRC Washington’s Alexander Prudovsky, who will serve as a Russian translator for his colleagues. Raised in Moscow, Prudovsky relocated to the United States in 1995 with his family. He has been WRC’s media specialist since 2011.

On top of the wall-to-wall Olympics coverage, the Sochi NBC Stations team will produce and deliver the The Olympic Zone in collaboration with NBC Sports. This half-hour program, which will be customized locally, will highlight local U.S. athletes, preview prime time coverage and explore the unique aspects of Russian culture throughout the Games. The Olympic Zone kicks off Thursday, Feb. 6, at 7:30 p.m. ET and will air nightly Monday to Saturday through Feb. 22 (excluding the Opening Ceremony on Feb. 7).

Each of the 10 stations will also send out local newsletters featuring Olympic highlights and updates each day. Viewers can sign up to receive the newsletters on the stations’ websites, where they will also find dedicated sections to the Sochi Games and other related content.