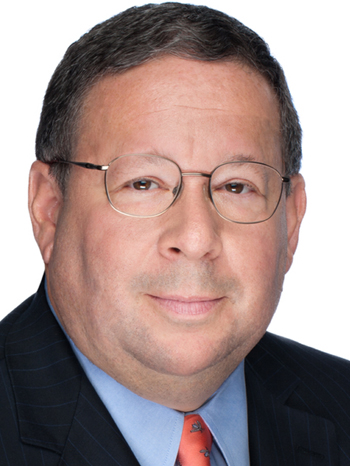 Comcast EVP David Cohen says the bigger-than-expected results of the FCC’s AWS spectrum auction has NBCU — among many other broadcasters — considering participating in the upcoming incentive auction. However, that interest might be mitigated by uncertainty over how much spectrum will be needed to make a strong push to mobile devices.

David Cohen, executive vice president of Comcast, owner of NBCUniversal, suggests that when the FCC holds its auction to buy TV spectrum next year, the NBC and Telemundo stations may be among the sellers.

“That’s a matter of continuing evaluation,” he said last night during the Q&A that followed his speech at the University of North Carolina. The speech was part of the annual Wade Hargrove Media Law & Policy Colloquium.

“All the broadcasters are looking at [the auction],” he said. Like CBS and Fox, “NBC has an interest in the situation.”

The game changer was the auction of AWS spectrum that closed earlier this year and yielded $45 billion, far more than had been anticipated, he said. “The economic value that was attributed to the AWS spectrum in the auction has caused everyone, including NBCUniversal, to go back to the drawing board and say: ‘If spectrum is really worth six to 10 times as much as we thought it was … we ought to take a look at it again.’ ”

But selling spectrum would come with an opportunity cost, he said.

Even though broadcasters today reach only “6%, 8%, 12%” of their viewers directly with their over-the-air signals, he said, some want to hang on to their spectrum so that can also broadcast to mobile devices.

“Because technology moves so quickly there has been some sense among many in the broadcast industry that they can’t afford to give up the spectrum because they might lose an opportunity to do something … in the future.”

And this is the dilemma; the quick sellout vs. the long term future. If Dave Cohen is looking at the 6-12% OTA figure, he’s missing the big picture (although GfK would put that figure as 15-19%). When 3.0 becomes a reality and broadcasters can stream to phones and tablets in addition to HDTV sets that figure will jump dramatically. Plus, we have the FCC’s less than honest payout figures. The values in the Greenhill Report come with caveats and, in the end, stations will more than likely receive less than advertised. For those Class A and full service stations that are sick and close to dying, this may be the better option. It just clears more space for LPTV in the repack. But broadcasters of all stripes need to consider the consequences of this auction; the irretrievable loss of spectrum-the air that broadcast television needs to breathe and stay alive. As I see it, losing this is too high a price no matter what the payout is.

… and that, my friend, is just another (of many) reason to oppose this auction!

The license holder has the ability to decide whether to participate or not. A Reduction in Market Inventory will be great for all remaining Stations, just as it has worked for the Airlines.

Oh good, now we could lose NBC stations. But then NBC is owned by Comcast and with so many “cutting the cord,” it will help keep cable subscribers and possibly force those of us using antennas to get payTV. The FCC should be happy as this will further their goal of killing off OTA television.

NBC and others will continue to have affiliates for some time even if they give up their O&Os. Of big 4 Networks, it makes the most sense for Comcast to participate in the auction.