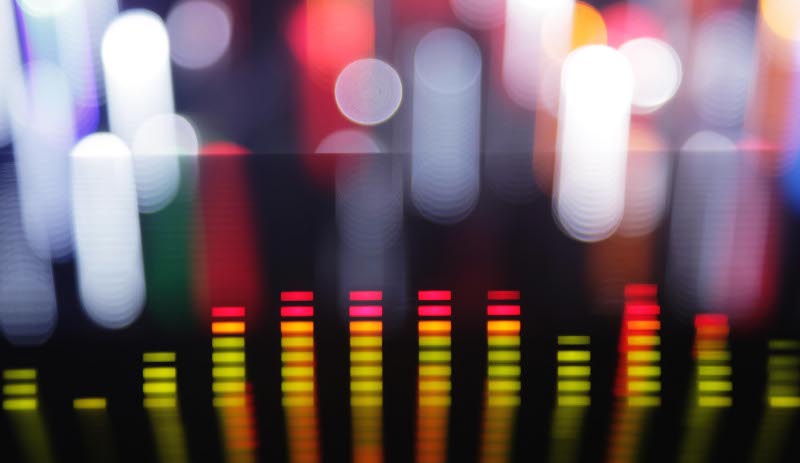 Television is on the cusp of major changes that will give viewers the ability to personalize their TV audio experience and ultimately even immerse themselves in sound as a new standard for television becomes a reality. Two other developments likely to be center stage at next month’s NAB Show in Las Vegas are acceleration of a transition from baseband to IP transport of media on the production side of the equation, and preparation for a new era of wireless-enabled audio acquisition. For a resources guide to the companies mentioned in this story, click here. See all 2016 NAB Hot Topics stories here.

In ages past when monaural sound was the standard for TV, audio was regarded by many as an afterthought when it came to television.

Thankfully, that mindset began changing decades ago with the introduction of stereo, and finally gave way as HDTV ushered in an era of home theater sound systems, audio sound bars and 5.1 Surround Sound.

Today, the television industry once more stands on the cusp of major changes that will give viewers the ability to personalize their TV audio experience and ultimately even immerse themselves in sound as a new standard for television becomes a reality.

Three audio trends: elevation of ATSC 3.0 audio to candidate standard status and its ramifications; acceleration of a transition from baseband to IP transport of media on the production side of the equation; and preparation for a new era of wireless-enabled audio acquisition are all likely to emerge at the 2016 NAB Show, April 18-21 (exhibition floor dates), in Las Vegas.

Each, in its own way, will propel TV audio into a new era of sound.

ATSC 3.0 Sound
If all goes as planned, the Advanced Television Systems Committee will have a candidate standard for next-gen TV audio in time for the 2016 NAB Show, says ATSC president Mark Richer.

While Dolby’s AC-4 and the MPEG-H Alliance’s MPEG-H — the two competitors for next-gen TV sound — will be demoed on the exhibit floor, that just scratches the surface, says Skip Pizzi, NAB senior director of new media technologies.

Off the show floor, broadcasters will have ample opportunity to evaluate ATSC 3.0 and its audio standard for themselves.

Since last year’s NAB Show, both AC-4 and MPEG-H have gone through rigorous testing by the Advanced Television Systems Committee under the supervision of Pizzi.

Rather than picking a single winner, the ATSC Ad Hoc Group on Audio is recommending the next-gen standard make room for both, allowing broadcasters in one country or region to select the system that best meets their needs, Richer says. Thus, both will continue to play prominent roles at the NAB Show.

Live ATSC 3.0 content will originate in the Futures Park, be transported to a transmitter on Black Mountain about 25 miles from Las Vegas, broadcast over the air and received at the ATSC 3.0 Consumer Showcase in the lobby of the South Upper Hall of the Las Vegas Convention Center, he says.

The live end-to-end demo of OTA ATSC 3.0 will include multiple types of content. “We think there will be some enhanced audio components but are not sure yet,” Pizzi says.

While he acknowledges experiencing the full potential of ATSC 3.0 audio will be difficult given the din of the lobby, having the opportunity to hear how the next-gen audio standard can improve TV sound is valuable.

For local broadcasters, those improvements take the form of a descriptive audio track for the sight-impaired, additional language tracks in 5.1 Surround beyond today’s SAP channel, separate viewer control over the audio level of dialog and background sound, and much more, Pizzi says.

“We’ve always said ATSC 3.0 would be immersive and have the ability to be personalized by the viewer. In fact, I think the latter is far more interesting for broadcasters, particularly local broadcasters, than the former.”

The end-to-end demo also will underscore the efficiency of the next-gen audio standard. “For the same audio quality that we have now with Dolby AC-3 in ATSC 1.0, you are going to have two to four times the efficiency in either of the new systems,” he adds. “That means doing the same with fewer bits or more on the channel.”

Wireless Wonderland
The FCC’s incentive auction and TV spectrum repack will be on the minds of broadcasters and vendors at the NAB Show as preparations for the spectrum overhaul give way to concrete actions to clear the 600 MHz band of TV stations.

For users and makers of wireless mics — a catch-all product category that includes wireless intercoms, IFBs, in-ear monitors as well as wireless mic transmitters and receivers — the loss of so many UHF channels and repacking the remainder are big deals.

What makes this moment in the history of the repack so difficult for broadcasters and vendors when it comes to wireless mics is uncertainty, says Mark Brunner, Shure senior director, global brand management.

“Creating systems that tune to the legal frequencies post-auction is a challenge because we won’t yet have the exact band plan until the auction is over,” he says.

What is known is that wireless mics for ENG use will operate on 4 MHz in a swath of spectrum known as the duplex gap, the guard band between wireless operators’ up and downlinks. What isn’t, is exactly where that gap will be.

In this environment, the best strategy for broadcasters at NAB 2016 is to recognize wireless mics will soon need replacing and begin budgeting to do so in the not-too-distant future, Brunner says.

Wireless mic vendors recognize the coming spectrum tumult and will present products at the NAB Show reflecting their efforts to deal with it.

Shure’s approach is to ensure the systems it offers will tune to the newly repacked TV band, which is tough until the band plan is finalized, and to improve the spectrum efficiency of its products, making it possible to use more compatible systems on the same TV channel, says Brunner.

Lectrosonics is tackling the disruption by introducing a new IFB product in the VHF band and offering other wireless mic products with a wider tuning bandwidth, says Karl Winkler, VP, sales, at the company.

“Classically our tuning blocks have been about 25 MHz wide, or a little more than four TV stations wide. We now are selling products with tuning blocks that are 75 MHz wide,” he says.

The net effect is it will be possible to cover the spectrum that remains for wireless mics with fewer devices.

Clear-Com is taking a different tack: moving out of UHF and VHF spectrum altogether, says Simon Browne, its director of product management. “We are putting all of our energy into 1.9 GHz and 2.4 GHz spread-spectrum operations,” he says.

While legacy UHF systems remain, Clear-Com’s spread spectrum wireless intercom systems in the 1.9 GHz range are particularly attractive because that frequency is clear in a lot of places, he adds.

Trilogy Communications also is sidestepping the UHF repack with its Virtual Panel app that is loaded onto smart phone or tablets to provide talkback directly from the devices. For best results, Trilogy product sales manager John Sparrow, recommends using the Virtual Panel and its belt pack companion on an enterprise-level Wi-Fi network with “lots of capacity.”

AES67
AES67 is becoming far more real for television broadcasters, and at this year’s NAB Show they are likely to find out why firsthand.

Competing camps with different visions for how broadcasters should leverage IP transport of media around their station and among stations have emerged since NAB 2015. On one hand, the ASPEN Community led by Evertz is promoting an approach that relies on well-established MPEG transport stream technology and standards to move packets.

On the other, a trade group called AIMS, which counts Imagine Communications, Grass Valley, Snell Advanced Media (SAM) and Lawo among its founders, is dedicated to promoting IP standards and protocols, such as SMPTE 2022-6, the Video Services Forum’s TR-03 and TR-04 IP protocols and AES67, as the preferred methods of moving media packets.

While broadcasters may have peripherally been aware of AES67 at last year’s NAB Show, the Audio Engineering Society’s audio-over-IP standard will likely play a much higher profile role this year as the battle between the ASPEN and AIMS camps heats up.

Setting aside the ASPEN-AIMS competition, AES67 offers a number of benefits on its own, says Aidan Williams, CTO of Audinate.

“It’s important because it enables a shift from a point-to-point infrastructure to a network infrastructure,” he says. “Costs that are easier to bear, added flexibility and the elimination of analog cable hum and noise give broadcasters good reasons to get on the AES67 bandwagon.”

At the NAB Show this year, the audio standard will show up as part of a variety of products in the booths of audio vendors beyond the core group of AES67 backers at last year’s show.

For example, Riedel is embracing AES67 and will be showing its Artist intercom with an optional AES67 interface as well as its “first totally networked audio com system” Tango with AES67 connectivity, says Rick Seegull, manager of system consulting for the company.

Fade To Black
Although the TV spectrum repack and the transition from baseband to IP transport will impact acquisition and production, the changes don’t create insurmountable obstacles on the path to next-generation TV sound.

In fact, it could be argued that the move to IP transport actually will help to make future TV audio with support for personalizing audio and immersive sound easier to do. The 2016 NAB Show should give the industry a good chance to find out.