According to a statement from the station, at approximately 9:43 p.m. on Friday night, a Louisville Metro Police Department officer directly aimed and fired pepper balls at WAVE 3 News reporter Kaitlin Rust and  her cameramen, James Dobson.

Michael Depp and Harry Jessell discuss Cox's appointment of Dan York as Cox's new chief and Jessell's forthcoming interview with Cox Executive Chairman Steve Pruett. They also tackle the president's executive order threatening to take away immunity from social platforms if they tag content or go too far in regulating it.

In a memo to the employees of the Minneapolis Fox O&O, Sheila Oliver addresses concerns over safety and security and reveals that the station has “arranged a news sharing ‘network’ with all four news stations to cover certain aspects of this story to avoid sending four crews to the same place. This is a plan without a lot of precedent and we are grateful that the market stations have responded to our request so positively.”
BRAND CONNECTIONS
CLOSING BELL

Stocks erased a loss on Friday as worries over tensions with China fizzled. The benchmark S&P 500 index rose 0.5%, recovering from a 1% slide, after Trump outlined several actions in response to a move by China to exert more control over Hong Kong but steered clear of upending a trade pact struck with Beijing earlier this year. The S&P 500 ended the month 4.5% higher, its second monthly gain in a row.
OVERNIGHTS

Following a labored debut last week, Labor of Love grew a little bit with its second episode, while Holey Moley retained 100% of its premiere ratings. The new Fox series scored a 0.3 rating in the 18-49 demographic and 1.1 million viewers, which represents a 50% increase in the former metric and a 22% increase in the latter. Earlier on the network, Celebrity Watch Party came in even at a 0.3 rating and 1.6 million viewers. 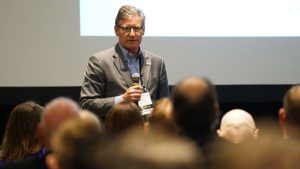 The series will join its flagship, Big Bang Theory, on the WarnerMedia-backed streamer.

The station group chooses the former senior EVP and chief content officer of AT&T and its DirecTV subsidiary to succeed Kim Guthrie, who announced earlier this month that she was leaving.

The company, which underwent layoffs this week, has not yet docked executive pay, which has "upset" some network staffers. However, CBS News President Susan Zirinsky was asked by an employee during a staff Zoom call whether pay cuts were considered and said that cuts were discussed at the corporate level, though they have not been enacted. 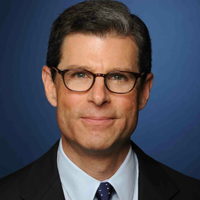 Krolik, 63, managed the RSNs for nearly 15 years, and led the group during the sale from Fox to Disney and the subsequent sale from Disney to Sinclair.
STATION ADVISORY

June is a busy month with important obligations for many stations. June brings the start of summer and the start of the license renewal cycle for television stations. Also, the FCC will hold its Open Meeting on June 9 and there is one item in particular that will interest TV stations that have adopted or plan to adopt the ATSC 3.0 standard. And there's more.

“This is a very public apology to that team,” Minnesota Gov. Tim Walz said Friday at a news conference hours after correspondent Omar Jimenez and two colleagues were taken into custody by the Minnesota State Patrol and later released.
UPDATED, FRIDAY MORNING

The president today signed an executive order targeting Twitter and other social media. It comprises several directives, including one calling on the FCC to establish rules that would limit how far social media can go in tagging and censoring user content before risking the immunity they now have from libel and other civil actions arising from user content. Above, the president holds up a copy of the New York Post before signing the order.

TheCoronavirusNow website went live on March 10. It was a quick launch triggered by a brainstorming session among senior Fox Stations executives late in February. CoronavirusNow, a lesson in rapid innovation, is an online aggregation site that combines content from 18 owned stations and other company assets (such as Fox Business). But unusually, there are also multiple links to stories from other sources — not just agencies like the AP or Reuters but organizations like NPR and the BBC.
TVN’S FRONT OFFICE BY MARY COLLINS

Rising Above A Pandemic 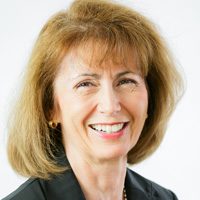 Enlightened businesses who will survive today’s challenging environment will realize the value of reaching customers via equally savvy media companies that can provide both core media products along with broader exposure for marketing messages via today’s emerging services like over-the-top, podcasting, geofencing, branded content and retargeted banners.

Three of the nation’s largest pay-TV companies are taking joint ownership of Blockgraph, a platform designed to make it easier for brands to harness data to serve targeted ads to people watching cable TV, a move that comes as cost-pressured ad buyers are increasingly turning to targeted advertising.
DMA 207: JUNEAU, AK

GCI subsidiary Denali Media Holdings has announced the sale of its NBC affiliates in southeast Alaska — KATH-LD Juneau and KSCT-LP Sitka — to Gray Television. Denali Media Holdings was established in 2012 and also owns KTVA (CBS) in Anchorage along with three CBS stations in Juneau, Sitka and Ketchikan.

Deborah Collura is tapped to oversee WGCL-WPCH in Atlanta, while Corey Hanson takes over at WALA Mobile, Ala.
COMMENTARY 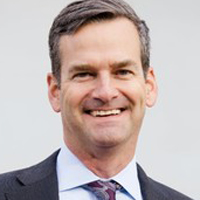 Edge Networks' Todd Achilles: "Many cities and towns in America have only a single local TV signal, importing network programming via long-distance cable and satellite feeds. Now that ATSC 3.0 has begun its march across America, there’s a real opportunity to hitch our future to a powerful stagecoach — particularly for viewers in mid-sized and small markets."
SPONSORED BY THE WEATHER COMPANY

Can multi-platform weather turn a viewership bump into a long-term trend?

Weather forecasts, long the most popular feature of local TV newscasts, are serving as respite for audiences gripped, and exhausted, by news about the global coronavirus pandemic. Can meteorologists, often adept at multiplatform engagement, help cement the relationship with the large numbers of new and younger audience members tuning in? Kevin Eubanks, chief meteorologist at KSL-TV Salt Lake City, Danielle Breezy, chief meteorologist at Nexstar Media's WKRN Nashville, and Rodney Thompson, senior strategist at The Weather Co., an IBM Business, will talk about strategies for winning the loyalty of new and younger viewers during a June 4 TVNewsCheck webinar. Register here.
VIRTUAL EVENTS

The arrival of summer hasn’t slowed the flow of webinars, briefings, demos and webcasts, most targeting TV’s engineering and IT communities. For the full list of live events this week, including TVNewsCheck’s At Home Production and the Future of News Workflow, please visit TVNewsCheck’s Virtual Events Directory.
TVN’S MEDIA JOBS

GM Openings In Northwest And Southeast

New jobs posted to TVNewsCheck’s MediaJobCenter include openings for two general managers; one for a Nexstar station in Portland, Ore., and the other for a station in the Southeast owned by a large broadcast group.