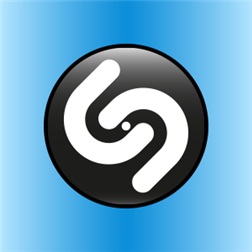 The Ad Council is using the second screen app for a campaign about emergency preparedness. "By integrating Shazam into this campaign, the Ad Council and FEMA will extend their message, providing additional facts, video and other resources that their audiences need to take action to prepare," Shazam CEO Rich Riley says.

A new public service announcement campaign produced by the Ad Council for the Federal Emergency Management Agency will include a new layer of information by using the popular second screen app Shazam.

The first Shazam-enabled Ad Council campaign for FEMA will stretch across multiple platforms, including television, radio, outdoor and the web. When a user fires up Shazam on their mobile device, the app detects the commercial and provides several additional minutes of information, like how to make a family emergency plan.

“The PSA that the Ad Council produces are designed to help educate Americans about issues that are important to them,” Riley said in a statement. “By integrating Shazam into this campaign, the Ad Council and FEMA will extend their message, providing additional facts, video and other resources that their audiences need to take action to prepare“

Launched in 2006, the Ready Kids campaign provides emergency preparedness conversation starters, like who to call as your out-of-state emergency contact, where to meet if everyone is separated, and what to pack as part of your emergency supply kit.

“By working with Shazam, we can give Americans a new way to use technology to gain access to FEMA’s emergency preparedness tools and resources,” Peggy Conlon, president and CEO of the Ad Council, said in a statement.

Today, Shazam has more than 100 million users and has been integrated into more than 300 TV ad campaign from about 150 A-list global brands.

Drew Barrymore Is Launching Her Own Magazine