Back to TVNewsCheck Home Print this page
DEEP DIVE: SPOT AUTO, PART I 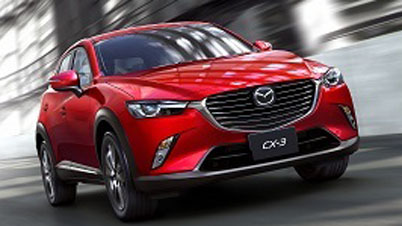 The old rule of thumb that TV station auto revenue will mirror the growth (or decline) of auto sales no longer seems to be holding true. Experts say it's due to lower overall auto spending on advertising, an unmeasured shift of money to mobile and continuing hard-nosed competition from the scores of basic cable networks. In Part II, which will post Aug. 26, we'll look at how some broadcasters are working to rev up their auto business. Publisher's Note: Deep Dive is a new, branded feature of TVNewsCheck.com. It is offered free today as a sneak preview of the kind of in-depth content soon to be offered in the our Premium Member Center. Details? Stay tuned.

Sales have been booming for the auto industry, but the boom hasn’t been quite so loud for TV stations, which count on the automakers and dealers for about a quarter of their advertising revenue.

LMC Automotive projects that light vehicle sales in the U.S. will exceed 17 million this year. “At 17 million, the market is the best it’s been in 10 years,” said Steven Sturm, the TVB’s executive adviser of automotive.

There are 32 car launches expected to take place over the next six months, he noted. “This is a year of 60-plus launches.”

All of this might signify heady times for spot TV. But that’s not entirely the case. The old rule of thumb that TV station auto revenue will mirror the growth (or decline) of auto sales no longer seems to be holding true.

The gap between auto sales and spot sales was more pronounced last year. In 2014, 16.5 million light vehicles were sold, a 5.7% increase over 2013, while spot auto revenue was flat at about $4.3 billion.

Explanations for why spot sales didn’t keep pace in 2014 are manifold. They include less auto spending overall on advertising, an unmeasured shift of money to mobile and search, and continuing hard-nosed competition from the scores of basic cable networks.

It’s not clear if the drop is due to the auto manufacturers and dealers cutting back on their overall ad spending or diverting money to untracked digital media. It may be a combination of both.

Letang is among those who believe auto may simply be getting stingier with its advertising dollars. For years, manufacturers and dealers spent roughly $1,000 per car sold on advertising, he said. Now the spend per car is between $800 and $900.

TVB’s Sturm said that last year auto marketers found other ways to move cars. They poured significant dollars into sponsorships around the World Cup and the Olympics, he said.

And as the economy has improved, so did the revenue that car companies derived from fleet sales to businesses, such as car rental companies, Sturm added. And automotive companies don’t allocate marketing dollars for that segment of their sales.

It could also be that auto is spending as much or more than it ever has on advertising, but that it is being spent on various digital media that Kantar doesn’t fully track.

The appeal of digital is obvious to Magna Global’s Letang. “Simply by shifting budgets to digital formats, they realize savings,” he said. “By moving $1 from TV to a digital format [to reach comparable audiences], it’s no longer $1. It’s 95 cents or less. Marketers believe they can have the same impact by spending 95 cents instead of $1.”

That said, the biggest force suppressing spot growth continues to be national cable, not digital.

Over the five years, Toyota cut its spot spending from $95.8 million to $57.1 million, while its cable spend more than doubled, to over $156 million.

Despite these trends, the experts believe that spot is still in good shape. Across the Kantar-measured media, spot actually gained share at all three levels of auto buying — factory, association and local — from 2013 to 2014 at the expense of newspapers and other legacy media.

And in terms of auto spending on spot keeping up with auto sales, things are looking brighter this year. Though May (the last month for which Kantar has data), spot auto is up 4.2%, almost on pace with car sales, which were up 4.6% through May. But it’s way too early to say how the year will finish. There are seven more chapters to be written.

“I think Tier 3 [local dealers] is a tremendous opportunity,” said Scott Roskowski, who just left the TVB for Big Data marketing firm Marketing Evolution. “It’s been increasing in share and dollars over the last several years. We continue to gain share against the print medium.”

The experts seem to agree that spot and digital complement each other well. “The larger businesses in any market are the car dealers; they’re usually in the top five. And the car dealers are most definitely favoring a mix of broadcast and online,” said Gordon Borrell, CEO of Borrell Associates.

Eric Blankfein, chief of Horizon Media’s Where division, which focuses on media research, strategy and best practices, agreed. “[Auto advertisers] know that organically people are going to go to the Web for their brands, and they certainly want to intersect those opportunities. But there’s research to prove that without TV, [the purchase] funnel is much more difficult for Tier 2 [dealer associations] and Tier 3 [manufacturers].”

Brad Johnson, SVP, account director at the agency Dailey, which represents the Ford Dealers Association of California, also said that spot still plays a vital role. “What we’ve seen locally as we moved more to digital is we get more people hitting our websites when we’re on television.”

In Part II of this Deep Dive, which will post.Aug. 26, we’ll look at how some broadcasters are working to rev up their auto business. Deep Dive is a new, branded feature of TVNewsCheck.com. It is offered free as a sneak preview of the kind of in-depth content soon to be offered in our Premium Member Center. Details? Stay tuned.

Another impact to local markets is the continuation of dealer consolidation. The mega dealers continue to use local TV with great success. A dealer with 8 lines once consisted of 8 different dealers, collectively they spent more on TV. Mega TV dealers know the power of TV, they wouldn’t be a mega dealer without it. However, they are using their scale to buy less TV per dealership. They however are replacing TV dollars for a portion of digital advertising and the other portion building their in-house digital efforts. This only makes sense. Do not conclude automotive is leaving TV because digital works better….it is just now part of the mix.