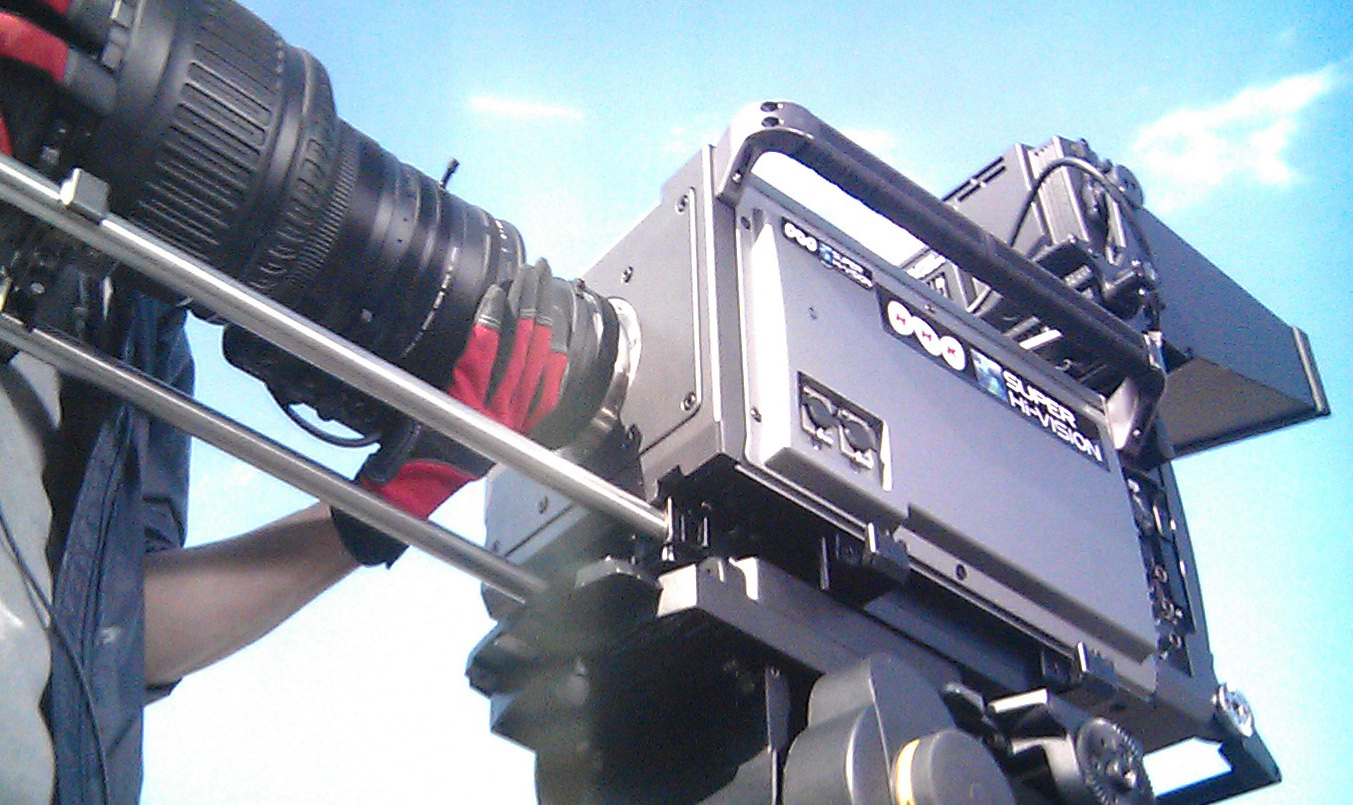 Shooting series in the new Ultra HD format is being tested, and so far it’s not proving to add time — or too much expense — to the process. Another major advantage: having a 4K master should pay dividends when the format becomes standard.

Made in Jersey had just two airings on CBS this fall before it was yanked by the network for failing to draw an audience. But the legal drama may be long remembered in Hollywood production circles as one of the first big-budget TV show to be shot in 4K.

“We have said [to series producers]: ‘Go ahead and shoot 4K,’ because then we will have a 4K master in the archive,” says Bob Seidel, VP of CBS engineering and advanced technology.

There is a precedent for the approach. CBS’s primetime series went HD for the first time during the 1999-2000 TV season—long before HD was widely adopted by consumers.

“This was done to generate HD archival copies to resell in syndication and worldwide distribution in the future. Doing it back then cost $20,000 an episode. Today it would probably be $100,000 to $200,000 per episode to go back to [remaster it in HD],” Seidel says.

Two other series are getting the 4K treatment — Save Me, a sitcom starring Anne Heche, which is awaiting its mid-season chance on NBC; and Masters of Sex, a dramatic series being readied for Showtime next year.

Sports producers are also beginning to experiment with the format. BSkyB in the UK, for instance, recently conducted a 4K test during a Champions League (soccer) match between Arsenal and Olympiakos at London-based stadium The Emirates.

Looking for something new to sell, consumer electronics vendors have begun pitching 4K sets, although their high price tag puts them out of reach for most consumers. The displays are currently priced at $20,000-$25,000.

To give well-heeled consumers an opportunity to watch 4K at home, Sony just introduced a 4K Ultra HD Video Player, which is a server loaded with 10 4K movies. This is offered on loan to those who purchase Sony’s $25,000 84-inch 4K TV.

Although 4K is still in its infancy, networks and producers like Sony Pictures Television, the studio behind some of the early 4K TV efforts, believe it makes sense to shoot in 4K because the incremental cost is low and because it’s always best to have as much resolution as you can get in your master.

For the Jersey production, Daryn Okada, director of photography, chose the F65 camera and after working through the workflow found that he could produce each episode on the same eight-day schedule and at the same price as HD. “There was nothing extra [in the budget] for the 4K.”

Okada says the F65 was up to the task. “When I tested the F65, it did everything I hoped it would,” he says. “It tracked color really well in the 14-15 stop range…. It was reproducing things in a very filmic way. I lit it as if I was shooting film.”

The series was shot at Steiner Studios in Brooklyn and on location. Okada monitored his work on set through Technicolor’s DP Lights color correction system.

The video was recorded onto Sony’s SRMaster memory cards using the F65 4K Raw Lite codec. The cards were inserted its Sony’s SR-PC4 card reader, then the footage was logged and ingested into a Technicolor FrameLogic dailies system.

Material was sent to Los Angeles each day using Technicolor’s high-speed network. There, a typical HD postproduction process followed with the series being cut on an Avid Media Composer. It was graded and finished on a Da Vinci Resolve at Technicolor in Hollywood. 4K copies were created for the archive.

Sony also used the F65 for its production of Save Me, the new NBC sitcom.

At deadline, Colorworks, a Sony-owned postproduction facility on Sony Pictures’ studio lot, was still preparing to post the first episode so that final verdict on the production cannot be rendered.

“The plan was to find a way to do this so that it doesn’t add time,” says Phil Squyres, senior VP of technical operations at Sony Pictures Television. “We can’t be held up by the fact that this is 4K, so we planned the production, postproduction and final conform and mastering in such a way that it should not add any additional time to the delivery schedule.

“When the original footage comes in, we pull a low-res copy for dailies, and the 4K gets archived and the files also get pushed to Colorworks for finishing in 4K. Other than that, it has been pretty straightforward,” he says.

So, Squyres adds, “We have been able to control all of the costs except the cost of data. You have to use larger cards to capture it and it takes longer and it takes more LTO tapes to archive it. Those are not big costs. I’m not deep enough into my [budget] study, but it is a very small percentage that I’m seeing right now.”