Back to TVNewsCheck Home Print this page
IBC 2014

US Broadcasters Can Learn From UK’s Ch. 4 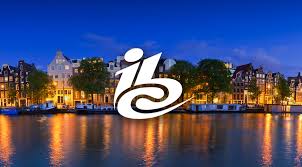 At IBC's opening panel this morning, David Abraham, CEO of Britian’s Channel 4, describes how his company over the past eight years has successfully built a hybrid TV viewing experience around the convenience of mobile and over-the-top that augments its linear broadcast channels. And he outlines how it will reframe its digital platform with the rollout next year of All 4, a single destination that will hold all program content at one digital location.

TV broadcasters feeling a bit of unease about their prospects given the growing popularity of smartphones, media tablets and over-the-top video should consider the experience and advice of a U.K. broadcaster.

Speaking at the opening keynote panel today at IBC 2014 in Amsterdam, David Abraham, CEO of Channel 4, said his company over the past eight years has successfully built a hybrid TV viewing experience around the convenience of mobile and over-the-top that augments its linear broadcast channels.

Channel 4 began offering its on-demand 4oD service on a variety of online and mobile platforms in 2006, he said. Since then, it has grown dramatically. Today there are 7,000 hours of Channel 4, E4 and More4 programs available on-demand via the Internet, as a supplement to Channel 4’s linear TV service, he said.

Next year, the broadcaster will reframe its digital platform with the rollout of All 4, a single destination that will hold all program content at one digital location, he said. All 4 will be structured around three temporal states: On Demand, which houses all VOD content; On Now, which live streams programming that’s on-air; and On Soon, which previews upcoming programming, he said.

A video Abraham bought with him showed the consumer interface. A user was shown swiping a smartphone screen to the left to go back in time and access past programming and to the right to move forward in time.

An important component of Channel 4’s digital strategy has been developing a closer relationship with viewers, Abraham said. Viewers register online in exchange for enhanced access to archives and other benefits, he said. So far, more than 11 million people in the U.K., half of whom are between the ages of 16 and 24, have registered.

With the benefit of basic geographic and demographic information gathered when people register, Channel 4 has succeeded in selling demographically targeted commercial packages that “allow advertisers to reach their target audience with minimal waste,” he said.

Abraham added Channel 4 hasn’t received much resistance from viewers concerned about privacy issues because no financial information, such as a credit card number, is required to register and people are guaranteed the ability to opt out and have their data removed at any time.

To keep pace, technology innovation needs to be a central concern for broadcasters, he said. Of Channel 4’s 800 employees, 100 are devoted to technology, and their efforts are supplemented by work being done by academic institutions, he said.

“For decades, broadcasters have innovated gradually,” he said. “Today, technology innovation is continual, pervasive and direct to the consumer in a hybrid environment of linear and IP.”

Tuchman spent most of his remarks touting the company’s pay TV channels (including AMC and Sundance); programming such as Breaking Bad, Walking Dead and Mad Men; and the $1 billion acquisition of Liberty Global’s Chellomedia, which has been rebranded as AMC Networks International.

But at one point he defended cable’s practices of bundling cable channels and selling them at one price. The bundle is “something [consumers] are willing to pay for.” And networks like AMC could not afford to cover high production costs if viewers could pick and choose channels, he added.

Barnett said MBC’s problems go beyond keeping up with smartphones or resisting a la carte pricing. He described how MBC had to work to overcome the jamming of a show featuring controversial political satirist Bassem Youssef. It took more than three weeks, he said, but MBC finally got around the jamming by encrypting the signal, sending it to an uplink outside the region and shifting to another satellite.

“Platforms are political,” Barnett said. “You can talk about technology, but in the region where I work the dynamic is about control.”

In the Middle East, there are about 57 million TV households representing 350 million people in 22 countries, he said. A total of 55 million of those households receive free-to-air direct broadcast satellite service.

Barnett predicted that unless these types of services can find a way to operate independently of ISP networks it is likely governments will clamp down by pressuring the platforms to monitor and constrain content.

Inside the television studio, Imagine Communications is “laser focused on delivering software-based solutions that can be moved to the cloud or network of the future without having to reinvest in a [new] network in three to five years,” Voight added.

He then offered a glimpse of an IP-based future in which a station or other media organization is built on generic hardware and managed by IT departments and in which today’s single-box tools like editing and graphics are” virtualized.”

The new approach will enhance and provide more time for creativity in content, he said.