Dispatches from the Middle highlights surprising and under-reported stories from Hearst stations across the United States. It will appear in the newly launched dedicated section within Facebook Watch for news along with shows from other news organizations.
By Mark K. Miller | September 11, 2018 | 10:55 a.m. ET. 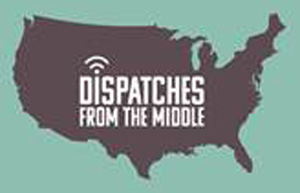 Hearst Television, expanding the platforms for its local and regional news and feature content, has launched a series for Facebook Watch, Dispatches from the Middle, showcasing reporting from the Hearst Television stations throughout 26 TV markets across the United States.

Dispatches from the Middle, Hearst says, “will highlight local reporting from across Hearst Television’s stations, bringing that work to a wider national and global audience.”

The initial episode can be found here.

The show, produced for and funded by Facebook, is part of an investment the platform is making to test a destination for high quality and timely news content. Dispatches from the Middle will appear in the newly launched dedicated section within Facebook Watch for news along with shows from other news organizations including ABC News and the ABC Owned Stations, Bloomberg, CNN, Fox News, Tegna and Univision.

“So much of today’s news emanates from New York, Washington or Los Angeles, but what we know at Hearst Television is that amazing, authentic, and genuine stories are being told around the country every day,” says Andrew Fitzgerald, Hearst Television VP and chief digital content officer. “We think it’s time to give those very real stories, and the people behind them, the greater attention they deserve. Dispatches from the Middle highlights surprising and under-reported stories from all around the United States; each episode will showcase one of these compelling local stories, giving it a well-deserved in-depth dive for a national audience.”

“Hearst Television’s approach to Dispatches from the Middle gives us an opportunity to see what happens when a national audience is presented with stories from smaller communities across the country,” says Shelley Venus, Facebook video lead, news partnerships. “I look forward to seeing what we can learn about this type of storytelling on Facebook as the series unfolds.”

“We’re looking forward to working with Facebook to bring great local reporting to national audiences as they strengthen their support of local news in the U.S.,” Fitzgerald adds.