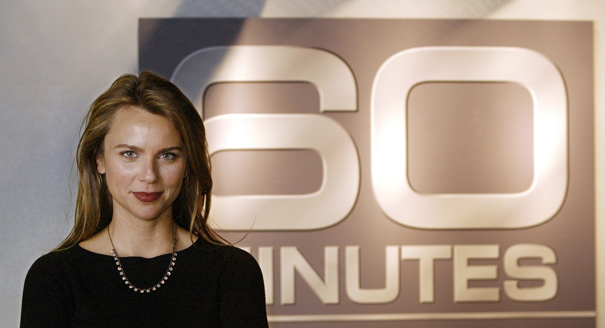 CBS News spokeswoman Sonya McNair said Wednesday that Logan has returned to 60 Minutes. She had no details on when the correspondent resumed work and what type of stories she is working on.

NEW YORK (AP) — CBS News’ Lara Logan is back to work at “60 Minutes” more than six months after being ordered to take a leave of absence for her role in a disputed story on the deadly 2012 raid at the U.S. mission in Benghazi, Libya.

CBS News spokeswoman Sonya McNair said Wednesday that Logan has returned. She had no details on when the correspondent resumed work and what type of stories she is working on. Logan did not immediately return a telephone message for comment.

Her October report on the CBS newsmagazine was quickly criticized and became the subject of an internal CBS investigation. The story relied on the testimony by Dylan Davies, a security contractor who said he was at the scene of the raid that since then has become a key Republican criticism of the Obama administration. But his story fell apart and it turned out there was no evidence he was there, and CBS issued a correction.

The internal CBS review of the incident concluded Logan and her “60 Minutes” colleagues should have done a better job checking out Davies’ story before it went on the air.

The internal review also said that a speech Logan made in urging the U.S. to take action in response to the Benghazi raid represented a conflict of interest for a reporter later doing a story on the incident.

She was ordered to take the leave of absence in late November 2013.

The liberal watchdog Media Matters for America, a sharp critic of the Benghazi report from the beginning, had harsh words for CBS News for bringing Logan back.

“CBS indicated that they were serious about rebuilding its brand and taking accountability,” said David Brock, Media Matters founder. “Having Logan back on `60 Minutes’ shows the exact opposite.”

There was some question whether Logan would return to “60 Minutes,” although CBS never deviated from the story that she was on a leave of absence. “60 Minutes” is heading into its summer vacation season and will be dominated by reruns in the summer months, so it’s not likely a Logan story will be on the air soon.