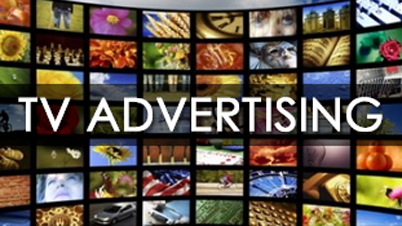 Stations are finding that recruiting local sales talent at both the staff and management levels is more difficult because of competition from digital media. They can still compete for the best sales talent, the experts, say, but they can’t just sit back and wait for people to reply to a job posting. This is Part I of a three-part series on the challenges facing broadcasters in finding the right people for the rights jobs. Tomorrow, in Part II: It used to be a given that news managers would readily move it if meant a bigger market and a larger paycheck. Not anymore. And, In Part III, on Thursday, the military may become an even bigger source of talent for station IT and engineering departments.

“Looking for a new #broadcast #media #sales management opportunity?” he posted recently on the career-focused social media site. “I have current openings within Raycom … including top 50 markets! PM [private message] me.”

“Are you a small market LSM looking to grow into a larger DMA?” he asked in another. “#Raycom has openings in #Cleveland, #Louisville, #Richmond and #Jackson. PM me.”

Why the Linkedin posts? Because Raycom, along with other station groups and individual stations are finding that recruiting and retaining local sales talent at both the staff and management levels to be tougher than ever.

“It’s a massive challenge,” says Henry Yates, Raycom VP of digital revenue, who oversees digital sales and staffing for the group’s 60-some stations.

“When I began in the industry, in radio sales, 22 years ago, the idea of a television AE [account executive], GSM [general sales manager] or LSM [local sales manager] was the pinnacle of sales in the [local] media world,” Yates says.

“You got into it on one of your local print pieces like a community newspaper, or, if you were lucky, on an AM radio station or third-tier FM,” he says. “And if you did that for a couple of years, you might get yourself to the UPN or the CW station and then in a few years, you might get the No. 5 list at the ABC, CBS or NBC [affiliate], and if you did, you never gave up that job.”

Nowadays, though, the digital revolution is disrupting the world of local media ad sales — competing with TV stations not only for dollars but also for talent. “Digital picks off a lot of good salespeople,” Yates says.

“If you have a choice between working for WABC.com [or] WABC-TV, or getting a job with Google, you’re going to go to Google,” she says.

Laurie Kahn, CEO and founder of Scottsdale, Ariz.-based Media Staffing Network, a recruiting firm that works with all media including local TV, agrees that stations are no longer competing with just each other.

“All of a sudden, they’re competing with every single online entity, whether it be an online newspaper or online catering. It could be any kind of digital business,” she says.

They “are facing problems just getting people to come and sell — traditional as well as digital,” she says.

And it’s not like broadcast sales is getting any easier. In fact, it’s getting tougher, the experts say, with many account executives required to sell all the media in a station’s portfolio — broadcast and digital.

Sales managers have taken on additional responsibilities for staffing expanded sales departments and monitoring sales results on the ancillary platforms, they add.

“The job nowadays is difficult,” says Matt Sunshine, managing partner at the Center for Sales Strategy, a Tampa, Fla.-based sales-training and sales-performance consultancy. “It’s a hard job and people have to know that.”

Despite rival media and the increased complexity of station sales, Kahn says, TV stations can compete for the best sales talent, but they cannot just sit back and wait for people to reply to a job posting.

“That’s not going to get them,” she says. “They have to be proactive and start targeting people and going after the people they want to hire. … They have to start treating recruitment like they treat the marketing of their stations.

“A lot of [stations] don’t have recruitment strategies. They’re not building a name for themselves locally. You have millennials coming into the workplace big time now. And they’re a totally different group and some of the things they’re very interested in is working for a company that gives back,” Kahn adds.

Raycom is certainly not sitting back, Yates says. “Two years ago, we didn’t have a corporate recruiter. Today, we have three,” including  Carver, who joined the company from Scripps in 2014.

“And we’re working constantly on keeping the pipeline [of candidates] full.”

Sunshine suggests that some stations may be struggling to keep their pipeline flowing because they put too much emphasis on broadcast experience.

“Too many people are still just hiring based on experience. And by doing that, we’re just trading each other’s people.  We’re not growing our business.

“I get the reason why: More and more, we have less financial patience with new hires, like we can’t wait for them to become good.

“We hire someone and we put them on a major league team from day one and, if they’re not ready to be superstars, we get frustrated 90 days in and we turn ’em [loose]. So therefore we go for experience.”

Stations should make a greater effort to identify young prospects with raw ability and familiarity with the new media, Sunshine says. That, along with the proper training, will yield the effective multiplatform sales person.

“What they lack though is the sophistication of being able to find needs and put together the right solutions [for clients] and they’re learning that.”

A key issue is, of course, compensation. “In a lot of smaller and mid-size markets, [the stations’] compensation model has not necessarily been competitive,” Kahn says.

Some broadcasters have changed their compensation to keep up with the times, says Sunshine, but others have not and that “could be something holding them back.”

Yates says that some TV sales people are seduced by the promises of big money from digital media, but find the “actual opportunity” may be far less than it appears.

“It’s going to take years for you to develop the kinds of relationships that you’ve built over years and years and years in broadcasting,” he says. “The reality is that your chances of selling those kinds of dollars on an unproven source [are] nowhere near what you would on a television station.”

As a result, he says, “We see people coming back because it didn’t quite pan out as well as they [thought] it would.”

This is Part I of a three-part series on the challenges facing broadcasters in finding the right people for the rights jobs. Tomorrow, in Part II: It used to be a given that news managers would readily move it if meant a bigger market and a larger paycheck. Not anymore. And, In Part III, on Thursday, the military may become an even bigger source of talent for station IT and engineering departments.

I remember, just before the Dot Com Bust, when a huge number of National Reps went over to the online sales firms and were flashed huge amounts of cash to get them there. In 6 months they were all begging for their jobs back. Nothing has changed. Digital sales redefines their metrics constantly to avoid the hard questions. The real answer is REAL training at the local station level. Not by a consultant. But by trained LSM’s who can train their local account executives every moment of the day. But – they don’t exist any longer. Sad.

No question that sales managers are poorly prepared to train and direct sales staffs in this new market environment. The median age of a typical staff continues to move upward, with little or no fresh young talent coming in to the picture. Local online wins almost by default, with more precise metrics, more aggressive sales staffs and a compelling pricing advantage. Don’t believe it…ask any successful local car dealer for example.

Raycom truly is a great company! They have invested in trainers for all levels in sales. Digital, new AE, Advanced AE and sales managers. This helps each person that is hired to find their level of success.