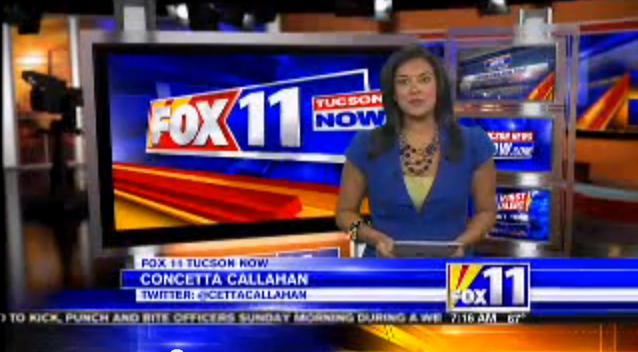 While few U.S. TV stations are opting for full-fledged virtual sets for their news operations, hybrid sets that combine real and virtual elements are rapidly finding adoption due to their versatility and cost-effectiveness.

“Someday in the not too distant future — three years, five years, 10 years — more sets will be virtual, the systems will be fast enough, they’ll look real enough and the cost of materials and shipping will be such that it doesn’t make sense anymore to chop down trees to build scenery for a TV station,” he says.

For now, set designers, including McLaughlin, are marketing hybrid sets — part real, part “3D digital” — that he says is making the transition to virtual easier.

3D digital is FX’s marketing name for a Chroma key (green screen) backdrop, a basic technology that broadcasters — especially weather forecasters  — have used for years. Set designers today are creating high-resolution, 3D news sets that look nearly indistinguishable from a real set to viewers watching at home when overlaid on the green screen. As a result, stations can buy a handful of digital sets for a range of segments during the newscast, like election coverage or entertainment news, instead of paying to have separate, offshoot sets physically built.

“Design costs are about the same for real and digital sets, but where a client will save money is in project management costs, because you won’t have three months of building a completely new set,” says Dan Devlin, creative director of Devlin Design Group. “It could be even cheaper if a client selects an existing digital set out of our library, and we just rebrand it and put new imagery in it.”

McLaughlin estimates complete hard set builds for local TV news sets range from $100,000 on the low end to $500,000 on the high end. Network and cable sets can flirt with the $1 million range, he adds.

For about a year, KOLD Tucson, Ariz. (DMA 70), has been one of several Raycom Media stations using 3D digital sets designed by FX, in addition to a main, hard anchor desk. The digital set has been used for breaking news, transitions between stories, special features and more in-depth reports.

When working in a true virtual set that’s powered by technology from vendors like Vizrt or Orad, there can be camera movement because there are multiple nodes that pick up on where the camera is located and adjust the set accordingly. A 3D digital set shot can have multiple camera angles, but no camera movement.

KOLD has used three digital sets so far — two designed by FX, and one recently designed in-house for a special on Tucson’s most wanted fugitives. One of the main digital sets being used almost daily features a large video screen, with three smaller screens to the right of it. A graphics operator can punch in videos, graphics and even live video calls into the different virtual screens. The only thing real in the video below is KOLD anchor Concetta Callahan:

This next video is an example of an in-house set design by a graphic artist at KOLD. The station expanded its green screen area designated for digital sets (it also has a smaller green screen used for weather) by painting the floor green, making it appear that the talent is walking around on the digital set. Notice the reflection of mug shots on the floor of the set:

Germano says the station, which produces 46.5 hours of news each week, uses digital sets several times throughout the day.

“We’ve heard feedback from viewers telling us that our graphics and news product are great, but there’s a likely chance that they don’t even know some of our sets are digital,” she says.

In February, FX commissioned a study by Magid & Associates that asked 500 consumers, ages 18-64, who watch local news or national entertainment shows, which types of news sets looked most reliable, believable and trustworthy on screen. Survey takers watched videos that showed real sets and 3D digital sets and asked which ones they preferred.

About 53% of those respondents — and two-thirds of 18-34 year olds — said they preferred the 3D digital, while 36% picked the real set; 11% saw no difference. Those who picked 3D digital said the set was more vivid and eye-catching, featured more detail and looked the most clear and sharp.

According to respondents, the 3D digital set featured the clearest and simplest graphic information, looked the most attractive and made the presenter appear warm and friendly.

In terms of the news program appearing realistic, believable and trustworthy, the real set and 3D digital set essentially tied, with 3D digital getting a 2% nod.

“That was the most important to us,” McLaughlin says. “The audience saw no discernible difference in the realism of the two sets, and they actually trusted the reporter, if not a little more, in the digital set.”

When it came to incorporating a large screen into the broadcast, however, the real set won out handily, 56% to 34%; 10% saw no difference. In 3D digital sets, video screens can be overlaid as part of the overall design — no video kiosk required — while the talent continues presenting in a green screen environment.

According to the survey, the real set looked more professional, had the most detail and appeared the most trustworthy, realistic and attractive.

In the mid 1990s, Devlin Design Group designed and created a virtual set for Florida News Channel, a regional cable network based in Tallahassee that covered five markets from the same building. In the virtual set environment, the anchor would present the same news, but when it aired in different markets, viewers would see that market’s branding on the set.

Dan Devlin says that was the only time where the network could afford to lose some believability in the look and feel of the set for a greater good. “At that point, those guys could put out content simultaneously to five markets, instead of having to re-tape for Miami or Tampa. It was a perfect fit for the technology.”

But today, set designers are still scratching their heads, wondering if virtual will ever make it to U.S. TV stations that produce live news every day.

In 1994, Devlin launched what it called Softset, which included a library of virtual sets, plus partnerships with some of the virtual technology providers that brought the sets to life. Softset has pretty much faded away today, Devlin says, adding he gets a call about virtual only once every other month.

“I’m surprised when I hear things like ‘the transition to virtual,’ because we just haven’t seen it,” Devlin says. “With true virtual, where you place someone in a virtual environment and you can place objects in front or in back of somebody, the technology hasn’t gotten to the point where it can look as good as a real set, and ready for primetime in the U.S. The sophistication of the U.S. broadcaster is a wee bit higher than what you’re seeing in Europe or Asia.”

McLaughlin agrees with that sentiment. “The biggest complaint about virtual sets from news directors is that they look too fake and too cartoony,” he says.

Another holdback to virtual sets becoming a reality in the U.S. could be 4K broadcasts. McLaughlin says he isn’t sure if 4K will take off to the same degree that HD did, but says if it does, it would likely slow down virtual set sales.

“They’re going to have a harder time switching from a real segment to a virtual segment in 4K, because it’ll be harder for the virtual sets to look as real,” he says. “Virtual is coming one day. When that will be? No one’s really sure.”

Strange that the writer decided to interview only the purveyors of the old technology.

100+ years ago, if Andrew Dodson and TVNewsCheck were reporting about the change from horse-drawn buggies to gas-powered automobiles, they would apparently interview only the buggy makers.

Of course, a more reasonable idea would be to interview some actual virtual set designers that have been creating virtual sets for broadcasts. Maybe even include both perspectives?

Thanks for commenting. Both FX and Devlin design virtual sets, they just haven’t had the requests from U.S. call letter stations that want to go completely virtual. On the second page of this article, it actually talks about Devlin’s work in the mid-90s of creating a virtual set for Florida’s News Channel. If you head over to our tech blog Playout (the stories also under this story on TVN’s main page), you can see a feature on a virtual set being used by New England Sports Network, a local cable sports channel. Thanks for reading – I appreciate the insight.

Dear all, we are looking urgenly for a freelancer or a company who could provide us with virtual set designs. Please reply to this message.