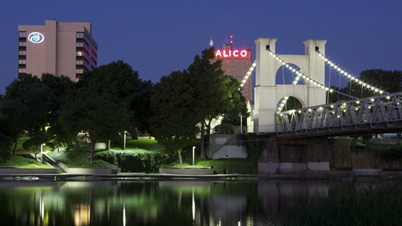 Gray Television’s CBS affiliate KWTX leads all other local media in social media performance in Waco, Texas, according to Shareablee data. Its news director says keeping a local focus on Facebook is what viewers want most.

KWTX is the leading local media performer on social media in Waco-Temple-Bryan, Texas (DMA 87),over the past six months according to data from audience insight firm Shareablee.

The Gray-owned CBS affiliate had 28% of the market’s total social engagement of almost 2.2 million total actions. It’s almost 619,000 actions in that period were most closely followed by Drewry Communications Group’s ABC affil KXXV with over 575,000 total actions.

Local fans/followers also flocked most to KWTX, which had over 212,000. It’s closest competitor there was again KXXV with almost 143,000.

KWTX News Director Mikel Lauber says social media is always a team effort at the station with all personnel treating it regularly as a major platform and no dedicated staffer overseeing it. That said, one of the station’s most important practices is to respond to every message it gets on social platforms so that viewers know they’re being heard. Lauber says that Social News Desk has been an important tool toward keeping track of those responses.

So does being honest about where posts are coming from. It’s bad practice to try to give out-of-market posts a local veneer, Lauber adds. “Viewers and consumers of social media want you to be clear and honest with them,” he says.

So how does this translate into Revenue and Ratings on these metrics????Why don’t they discuss that?? because they don’t know??