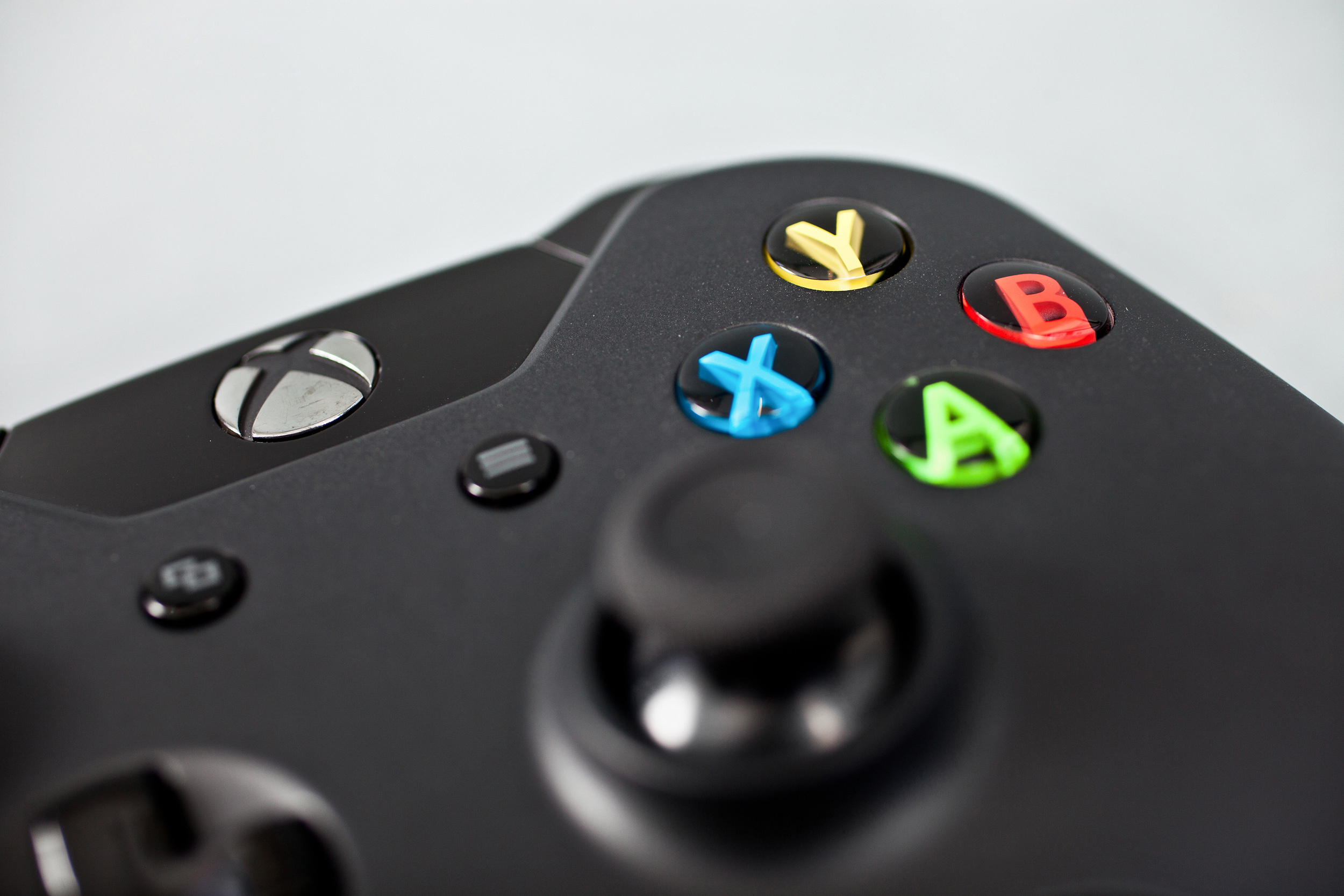 For the past two years, Microsoft's Xbox 360 has outsold its rivals. But it's been eight years since that entertainment console came out, and Microsoft is the last of the three major console makers to unveil a new system, Xbox One. The stakes are high as Microsoft, Sony and Nintendo are all using their latest machines not only to draw gamers but also to command the living room. The goal is to extend their reach beyond loyal legions of hardcore gamers and to become as important to our lives at home as smartphones have become to our lives on the go.

REDMOND, Wash. (AP) — Microsoft thinks it has the one.

The company unveiled the Xbox One, an entertainment console that wants to be the one system households will need for games, television, movies, sports and other entertainment. It will go on sale later this year, for an undisclosed price.

For the past two years, Microsoft’s Xbox 360 has outsold its rivals. But it’s been eight years since that machine came out, and Microsoft is the last of the three major console makers to unveil a new system. In those eight years, Apple launched the iPhone and the iPad, “FarmVille” rose and fell and tablets began to threaten desktop computers, changing how people interact with games and beyond.

Now, the stakes are high as Microsoft, Sony and Nintendo are all using their latest machines not only to draw gamers but also to command the living room. The goal is to extend their reach beyond loyal legions of hardcore gamers and to become as important to our lives at home as smartphones have become to our lives on the go.

At an hour-long unveiling at the company’s Redmond, Wash., headquarters on Tuesday, Microsoft executives used voice controls to switch back and forth seamlessly between watching live TV, listening to music, playing a movie and browsing the Internet – all while running apps for stuff like fantasy football and Skype chats on the side of the screen.

He said the console seems to appeal to “more than just a core gamer in the family” and should be of interest to all types of audiences, from sports players to TV viewers to those who are “social and want to share things.”

The Xbox One unveiling follows Nintendo Co.’s launch of the Wii U in November and Sony Corp.’s tease in February of the upcoming PlayStation 4. Each of the new consoles has shifted away from simply serving as gaming machines, as they incorporate streaming media apps and social networking features.

People will be able to connect their cable or satellite set-top box and watch TV through the Xbox One. It will have its own channel guide and allow viewers to change channels by voice command.

Senior Vice President Yusuf Mehdi demonstrated how the console switched quickly between channels after saying show names such as “Mary and Martha” or commands like “watch MTV.” His voice command of “What’s on HBO?” brought up the channel guide for HBO.

“No more memorizing channels or hunting for the remote control,” Mehdi said.

The interface for the TV goes well beyond the functionality in the Wii U, which still requires users to press buttons to change the input source on the TV. Xbox One seamlessly flipped between games, movies and TV shows with voice commands.

In addition to the console, Microsoft unveiled a new version of its camera-based Kinect system with better motion and voice detection, including the ability to recognize faces, tell if you’re smiling or talking and gauge your heart rate. In a demonstration, the new sensor detected up to seven people in front of it. Microsoft said the new Kinect will be included with the Xbox One and is deeply integrated into the system, but it won’t necessarily always be watching users in their living rooms.

“There’s the ability for you to manage the privacy settings so you can turn it off,” Marc Whitten, Microsoft’s chief product officer of interactive entertainment business, said in an interview in his office after Tuesday’s presentation. “Just like the 360, the biggest thing for us is that you are in control of your privacy.”

The company also introduced a more ergonomic Xbox controller, with a slightly different layout from the Xbox 360 controller and trigger buttons that vibrate. The new console will also add the ability to play Blu-ray discs, matching what Sony has in its older PlayStation 3.

The Xbox One won’t require a constant connection to the Internet, but having it will be useful for many of the gaming and entertainment features. The Xbox has been popular largely because of its Xbox Live service, which lets users play games online with other players with annual plans that cost as much as $60 a year.

“The box wants to connect to the Internet,” Whitten said. “That said, we understand the Internet is flakey. It doesn’t always work. We want to make sure you can still play your games, watch movies and watch TV if the Internet is down.”

Despite talk that Microsoft might restrict the use of games previously owned by others, the company confirmed that the Xbox One will indeed play used games, but it didn’t provide details on how that would work. It said games for the Xbox 360 won’t work on the new system because the underlying technology is different, though the company said it will continue to make games for the older machine. Whitten said the Xbox 360 “is going to be incredibly vibrant for some time to come.”

Among the games previewed for Xbox One were the military shooter “Call of Duty: Ghosts” from Activision Blizzard Inc., soccer extravaganza “FIFA 14” from Electronic Arts Inc. and racing simulator “Forza Motorsport 5” and time bender “Quantum Break,” both from Microsoft Game Studios. Microsoft said more games will be shown at next month’s E3 video game conference in Los Angeles.

The company said there will be more than 15 games available exclusively on the Xbox One in its first year, eight of them new franchises. In recent years, the Xbox has been the exclusive home to such popular gaming franchises as sci-fi shooter “Halo” and alien shoot-’em-up “Gears of War.”

Wedbush analyst Michael Pachter said Tuesday’s presentation was more general than what Microsoft will likely give at E3, where games will be central as thousands of game industry insiders, bloggers and journalists gather for the annual industry conference.

“They didn’t focus on games,” he said. “They focused on everything else.”

That everything else includes a multiyear agreement between Microsoft and the National Football League to develop new interactive viewing experiences for pro football games through such products as the Xbox One and Microsoft’s Surface tablet computer. Fans will be able to watch games, chat with other fans, view statistics, access highlights in real time and gather fantasy information about players and teams – all on a single screen. For those who prefer multiple screens, fans can get an even deeper experience on mobile devices such as tablets.

Microsoft is also branching into creating original content beyond games, following the trend of other technology companies such as Amazon.com Inc. (AMZN) and Netflix Inc. Director Steven Spielberg will produce a TV series based on the “Halo” games.

The original Xbox debuted in 2001, and its high-definition successor premiered in 2005. The Xbox represents a small fraction of Microsoft’s overall revenue, but it is an important consumer-facing business for Microsoft and offers a way to direct traffic to other Microsoft-owned services, including Skype. Microsoft’s stock fell 23 cents, or less than 1 percent, to close Tuesday at $34.85.

Nintendo kicked off the next generation of gaming in November with the launch of the Wii U, the successor to the popular Wii system. The Wii U features an innovative tablet-like controller, though its graphics is on par with the previous-generation Xbox 360 and Sony’s PlayStation 3. Nintendo said the console sold just 3.45 million units by the end of March, well below expectations.

Sony was next, teasing plans for its upcoming PlayStation 4 – without showing the actual box – at a February event in New York. The reaction to that console, which featured richer graphics and more social features, was mixed. The PS4 is expected by the holidays.

Microsoft didn’t waste any time showing off the Xbox One console, new Kinect sensor and Xbox controller at the beginning of Tuesday’s presentation.