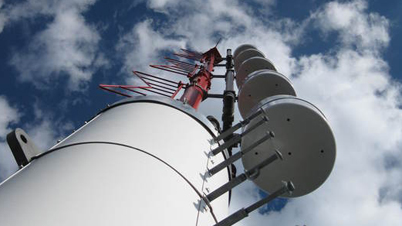 Since it looks like the FCC will have to repeat its two-part incentive auction process to balance the money promised to broadcasters with what is raised from wireless carriers,broadcasters and their technology suppliers remain in the dark longer about which stations will have to move in the repack and to which channels. But that's not necessarily a bad thing. It could help sync up the repack with an ATSC 3.0 rollout and provide more time to create the 36-month repack schedule. Some vendors say they could use the extra time to prepare for the expected demand. Read the second part of this Special Report here.

The prospect of an incentive auction do-over (or two or three) is injecting more uncertainty in the unprecedented and costly post-auction repack of the TV band that will force hundreds of stations to migrate to new channels and that is already filled with unknowns.

Broadcasters and others stakeholders had once figured the auction would end in October, enabling the agency to determine which stations would have to move, and to which new channels. The repack would then begin three or four months after that. The FCC has set a three-year deadline for completion of the repack.

It now appears the FCC will probably have to repeat the two-sided auction at least one or two more times, each time putting off the repack for another few months.

The additional auction “stages” as the FCC calls them will not only leave broadcasters in the dark for a longer time, but also transmitter and antenna vendors that will be called on to supply the components for the repack.

Such delays and the continued uncertainty make it nearly impossible for broadcasters to get a head start on channel moves, says consulting engineer Cindy Hutter Cavell of Cavell, Mertz & Associates.

“Three weeks ago, I would have said everybody on a channel above ch. 30 knows that something is going to happen to them, knows that they are going to be relocated and could safely go out and pre-spend money on things like tower mapping, which is crucial, and on an initial strengthening plan from the tower manufacturer and structural engineer,” Cavell said.

But the lengthening of the incentive auction could have some benefits for broadcasters.

For one thing, a delay of several months would enable the FCC, if it is so inclined, to coordinate the move to the new channels to the introduction of the new broadcast standard, ATSC 3.0, thereby combining two potentially disruptive transitions into one.

“If the commission moves to adopt [a rulemaking] on next-gen TV by the end of 2016 and an order in mid-2017, then viewers will be in good shape to undergo only one transition,” says a broadcast rep. “It all boils down to whether or not the FCC moves swiftly as it has with the wireless industry and 5G.”

Mark Aitken, VP of advanced technology for the Sinclair Broadcast Group, appreciates the value of syncing up the repack and ATSC 3.0 transition, but he does not want to see long delays in the repack.

“There is a growing, pent-up desire to get this thing [auction and repack] over with and move forward with the new opportunities opened by this new technology [ATSC 3.0],” Aitken says.

Also, some broadcasters say delay would also give the FCC more time to develop a repack schedule that is acceptable to them and to wireless carriers who have bought spectrum and are eager to gain control of it.

According to a spokesman for the FCC Incentive Auction Task Force, the FCC has been working on the schedule or “optimization model” and will soon formally invite stakeholders to comment on it.

Some are not waiting for that invitation.

Just last week, AT&T, one of the spectrum bidders, outlined in an FCC filing a repack plan in which channel migration would occur on a gradual, region-by-region basis (see related story here.)

T-Mobile has also weighed in, saying use of temporary auxiliary antennas would allow migrating TV stations to move to their new channels within the 36-month window.

But what the agency agrees to pay broadcasters in the reverse auction is tentative. And whether it makes good on the offers depends on wireless carriers bidding enough in the forward auction to cover them.

The reverse auction went smoothly, running from May 31 to June 29. The FCC offered station owners a combined $86.4 billion for 126 MHz of TV spectrum.

However, the consensus among auction watchers is that the forward auction that began on Tuesday will not generate nearly enough money from wireless carriers to cover the $86.4 billion promised broadcasters plus another $2 billion to cover FCC administrative costs and, as required by law, the costs broadcasters will incur in moving to their new channels.

After two rounds of the forward auction, the wireless carriers have bid only $9 billion. For some auction followers, that confirmed what they had suspected: the forward auction proceeds would not be able to cover the promises of the reverse auction.

Everybody will know for sure late in September or early October when the forward auction is expected to wrap up.

If the forward auction does fall short, the FCC will move to Stage 2, essentially repeating the reverse and forward auctions. However, according to an FCC spokesman, the duration of each stage should get shorter.They would require less time for bidder training and, more generally, involve a resumption of bidding rather than a restart, he said.

For Stage 2, the FCC would reduce the spectrum it is seeking and rerun the reverse auction, establishing a new and lower aggregate price for the spectrum — one that the wireless carriers would be able to meet.

But if they don’t, the FCC would be forced to go to a third or even fourth stage.

Jay Adrick, an RF consultant closely watching the auction and repack, is among the growing ranks who believe multiple stages at reduced clearing targets is likely.

Once the FCC hits the right target and matches up spectrum supply and demand in however many stages it takes, it will “close” the incentive auction and turn its full attention to the repack, which is aimed at segregating the remaining stations in the lower end of the TV band and the wireless carriers in the upper end.

After 36 months, they can no longer broadcast from their old channels.

Central to the repack are the providers of the transmitters, antenna and other RF gear. Like broadcasters, most are eager for the auction to close so that they will finally have hard information on how many stations are moving and what channels they are moving to.

Dielectric, a major antenna maker, which is undertaking an antenna manufacturing personnel and facilities expansion of its own, says a delay makes it more difficult to time its capacity growth.

“The delay does not help me, it just makes my future a bit more cloudy as to when I bring the resources in,” says Jay Martin, VP of sales at the company. “If I knew when the [TV channel] allocation table was coming — whether it was Q4 of this year Q2 of next year — I would be much better off.”

However, some are not bothered by the delay, figuring they can use the time to continue ramping up for the eventual demand.

Radio Frequency Systems is still wrapping up an extensive overhaul of its facilites in Meriden, Conn., where the company’s new pylon antennas and side-mount auxiliary antennas will be manufactured.

“We are reducing the manufacturing lead time on these products by design so we are able to get as many as possible through the factory given the fixed floor space and resources,” says Scott Martin, director of broadcast sales at RFS.

Eventually, RFS plans to roll out one new pylon antenna per day, he says. But to get to that stage, it must first fill up the manufacturing pipeline, something that might even be helped by a slight repack delay, Martin says.

Electronics Research Inc., another antenna maker, is using this time to train new employees. It takes about six months to bring a senior design engineer, product manager or applications person up to speed, assuming “they come to us with some understanding of our business,” says Bill Harland, the firm’s VP of marketing.

“Teaching someone about broadcast transmission systems from scratch is a multiyear process.”

In general, its products today are more compact and modular than in the past, so the company’s ability to build them in a timely fashion has gotten much better, he says.

A delay in the repack would give GatesAir more time to implement the Kaizen approach to manufacturing and efficiency, as well as to improve processes and add new machine shop capabilities, he says.

Redmond also points out that today’s transmitters are frequency agile — they are can be tuned to operate on any frequency.

That means a broadcasters could order and install a new transmitter even though he doesn’t know what his new channel will be, Redmond says.

“When the time comes to switch, the broadcaster can enter a new frequency. There is a little bit of recalibration, but it is nothing like the early days of retuning a tube transmitter or early days of solid state.”

This is Part 1 of a special report on the repack. Read the other part here.

The smaller the amount of spectrum taken away the better off viewers will be.

Appears from your headline and story that TVNEWSCHECK is unaware of how the Auction operates. It will not be a “DO OVER” or “REPEAT”. It will simply pickup where the previous auction left off on Station Pricing meaning it will move much more rapidly.