He is tapped to succeed the retiring Jerry Watson. McKernan will continue as head of the group’s KWWL Cedar Rapids-Waterloo, Iowa.
By Mark K. Miller | October 1, 2018 | 5:41 p.m. ET. 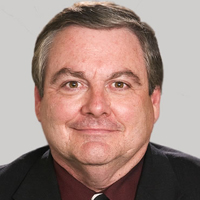 He replaces Jerry Watson who announced his retirement on Sept. 26 after a 28-year career with the company. Watson has served as regional VP for QMI and as VP-GM of KTTC Rochester, Minn.  Watson will retire at year’s end.

McKernan joined QMI at KWWL in 2012. Previously, he was regional VP for Bonten Media and GM of WCYB, Bonten’s station in the Tri-Cities Virginia/Tennessee market.

Prior to that he was VP-GM of KMTV Omaha, Neb.