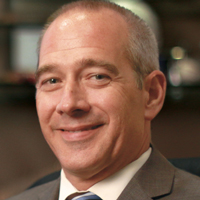 Brown has worked for KVVU, Meredith’s Fox affiliate in Las Vegas, for more than 16 years. He started as local sales manager and worked his way up to vice president and general manager, a role he has held for the past six years.

“Todd has been a visionary leader for the FOX 5 Las Vegas team, successfully increasing ratings and revenue,” said McCreery. “Under his leadership FOX 5 launched the Surprise Squad franchise, which now generates significant sponsorship revenue across the Meredith Local Media Group. Todd’s leadership and creativity are the perfect combination to lead our sales teams and stations into the future.”

In 2017, Brown was recognized by Broadcasting & Cable as General Manager of the Year. He served as chairman of the Nevada Broadcasters Association from 2013 to 2017 and was awarded the Nevada Broadcasters’ Lifetime Achievement Award in 2017. Brown currently serves on the TVB board of directors. Prior to joining Meredith in 2002, Brown was general sales manager of KSEE Fresno, Calif.

Meredith said it will conduct a national search to replace Brown at KVVU.