Valari Staab, president of NBCUniversal Owned Television Stations, will be interviewed by TVNewsCheck Editor Harry Jessell on Monday, Dec. 10. They will talk about her station group’s significant investment in overhauling its technology; its expanded investigative and consumer coverage, and increase in the amount of bilingual coverage.
By TVN Staff | November 6, 2018 | 5:57 a.m. ET. 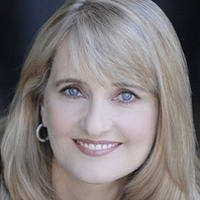 Valari Staab, president of NBCUniversal Owned Television Stations, will be the keynote interview for day one of TVNewsCheck’s annual NewsTECHForum on Dec. 10 at the New York Hilton. Staab will be interviewed by TVNewsCheck Editor Harry Jessell on Monday, Dec. 10, from 2 to 2:45 p.m.

“Valari arrived at NBC seven-and-a-half years ago with a corporate mandate to rejuvenate the station group, which had fallen into some disrepair during GE’s ownership,” said Jessell. “She has done just that. Today, the group defines state-of-the-art broadcasting.”

Christy Tanner, executive vice president and general manager of CBS News Digital, will be the keynote interview on Day Two of the conference, and additional panels and presentations will tackle live news production over IP; attracting younger news audiences with technology; and top technologists on the industry’s bleeding edge.