Katsunori Yamanouchi, who has been president of Sony’s Professional Solutions Americas business since April 2016, will be succeeded by Theresa Alesso, its president of Imaging Products and Solutions and a 28-year Sony veteran.
By Glen Dickson | March 12, 2019 | 7:25 p.m. ET. 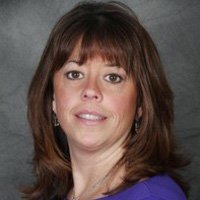 Sony Electronics will head to NAB in Las Vegas next month with a change in leadership at its storied broadcast business.

At a press briefing Tuesday in New York, the Japanese electronics giant announced that Katsunori Yamanouchi, who has been president of Sony’s Professional Solutions Americas business since April 2016, will be returning to Japan at the end of the month to work in the company’s marketing division.

Effective April 1 his duties will be taken over by his direct successor, Theresa Alesso, a 28-year Sony veteran who most recently was VP of Imaging Products and Solutions – Americas.

Alesso will now be president of the Sony Imaging Products and Solutions – Americas, Pro division (the new name for the Professional Solutions Americas business). She will be one of a handful of women to run a major broadcast technology vendor that includes former EVS CEO Muriel De Lathower and former Aspera (now part of IBM) CEO Michelle Munson.

Alesso will report to Neal Manowitz, currently VP of sales and marketing for Sony’s Digital Imaging Division, who is being promoted to deputy president of Imaging Products and Solutions Americas, which encompasses seven different B-to-B divisions including media, digital cinematography cameras and healthcare.

John Studdert, Sony’s VP of U.S. sales and marketing for media and sports and the point man for its call-letter station customers, will remain in his current role and report to Alesso.

Like its broadcast customers, in recent years Sony has been grappling with rapid changes in technology and their subsequent impact on the media industry. In response it has been steadily shifting its business emphasis from being a manufacturer of high-quality hardware like cameras and switchers to being a provider of software and services.

Alesso, who previously ran Sony’s media segment in the early 2000s, says her main goals are to listen to customers and continue the company’s transformation. She points to the “paradigm shift” in Sony’s high-end production business caused by OTT services.

“We can’t keep just barking up the same tree,” she says.

Last year at its pre-NAB briefing Sony touted its Media Solutions Division, a new organization focused on selling media workflow systems for applications like cloud-based master control and OTT video distribution. The division has since been rebranded Intelligent Media Services to more accurately reflect the role of automation, AI and machine learning in the solutions Sony is currently selling, says Studdert.

“What we’re finding in almost every aspect of our business right now is that customers are looking for their workflow to be automated, both on the acquisition and production side,” says Studdert.

One example are documentary and dramatic producers using high-end Sony cameras. Where in the past those companies relied on an optical disc-based workflow they are now exploring cloud-based workflows, says Studdert.

“We’re trying to tie everything together and not just launch standalone products,” says Studdert. “You can see how everything is connected from cameras to a cloud service to an OTT service.”

Change has come at a slower, more incremental pace across Sony’s traditional broadcast station customers. Studdert expects that big system sales will pick up after a few large mergers have closed, with a common goal being increased centralization and virtualization of operations. While there has been broad adoption of handheld camcorders for news production, Studdert says that Sony has been enjoying strong sales of its 2/3-inch, shoulder-mounted PXW-X400 camcorders, which were recently adopted by the Fox stations and Fox Business.

“At the end of the day quality still matters, and TVs are getting bigger and bigger,” he says.

Sony has also experienced a 20% increase in installations of its ELC news production automation system, which is used by Tegna, CNN, Nexstar and the CBS Television Stations. The ELC system has been purchased by several regional sports networks including several NBC properties. Studdert says that Sony is also in “deep conversation” with two groups about the disaster-recovery system it introduced last year.

Overall, the move to IP systems using the SMPTE 2110 standard has been slower in North America than the rest of the world, concedes Deon LeCointe, Sony senior manager of IP and sports solutions. But now that 2110 has been in place for over a year and the AMWA-NMOS (Advanced Media Workflow Association-Networked Media Open Specifications) protocols for communicating with and controlling remote equipment have been finalized, things are moving forward with three major new IP facilities in the U.S. this year.

“Worldwide we have 35-plus installations of 2110, and 50 plus that are IP,” says LeCointe. “Now you’re at the point if you’re building a facility, you have to consider IP.”