In the wake of the decision last April by Verizon Digital Media Services to sunset the popular Volicon Observer monitoring and compliance solution, broadcasters have been busy searching for an alternative.

Fortunately, they have options, including product from Actus Digital, Digital Nirvana, Mediaproxy, Vela, Qligent and SnapStream. The last was selected by Verizon to handle support for Volicon customers into 2020, giving it a leg up on the competition.

Most Volicon users and competitors contacted for this story said they were surprised that Verizon would discontinue Observer without warning, especially given its dominant market share.

“It’s not every day that an entire product [with such reach] … is just shut down overnight,” says Mediaproxy CEO Erik Otto.

Verizon did not respond to requests for an interview.

One station group tech who asked not be identified said he got a heads up that Observer was being shuttered so he made the jump to Vela’s Encompass platform six months ago.

With Encompass, he can watch six streams on one screen, he says. “I get a very good look — a very good snapshot, very quickly … and the quality of my signal on my transmitter, all on one screen.”

Quincy Media, the Illinois-based station group, also got a jump on finding a replacement.

“As soon as [Volicon] got bought by Verizon [in 2016], we could see a difference in their support for us and the development of the product, and we didn’t get the support that we were accustomed to when they were a standalone,” says Brendan Ford, Quincy’s director of control room operators.

Starting last winter, Ford says, Quincy began debating whether to stick with Observer or switch to Mediaproxy, which it had been testing since the middle of last year.

When Verizon announced it was pulling the plug on Observer, he says, “it was kind of a no-brainer” to shift to Mediaproxy.

One feature of Mediaproxy that stood out was that its scrubber bar “always stays in the center of the screen, he says. “Even if you’re fast-forwarding or rewinding, when you let go, it jumps back to the middle.”

Executives for Vela, Mediaproxy and other alternatives claim advantages that distinguish them from their rivals, but they all say they perform the same basic tasks as Observer.

Those include configuring a multi-viewer on the fly so users can watch different streams at multiple times, searching for a commercial to figure out if it actually aired; and monitoring not only the signal going out from a transmitter or a cable headend over fiber or cable.

Here’s a quick look the options and some of what they can do: 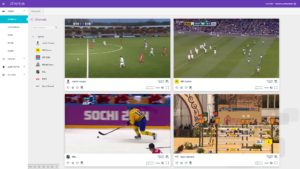 “The market changed, the video changed, the metadata changed, and also what changed … is what the customers require from” their compliance solutions, she says.

Today, broadcasters are looking to be cost-effective as much as possible so they’re looking to get the most out of a single box “instead of buying another server [and] another piece of software” for every application, she says.

With that in mind, Actus comes in offering such an integrated solution, she says. In addition to broadcast compliance and media monitoring, it offers additional features that include Clip Factory, which provides the ability to create clips for over-the-top services, social media and websites, she says.

Although much of the company’s business has been overseas, it’s expanded its presence in the U.S. and opened an office in Boston, she notes. 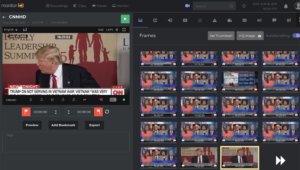 For at least some broadcasters who used Observer for many years, one potential advantage in selecting Fremont, Calif.-based Digital Nirvana is that its staff includes several members of the Volicon team.

For example, Russell Wise, SVP of sales and marketing at Digital Nirvana, was a founding member of Volicon and was VP of global sales there.

One feature he calls “revolutionary” is a logger of cloud-based microservices that provide new ways to launch applications that “can be turned up very quickly on demand” via the Media Services Portal.

As pointed out on the company’s website, MonitorIQ can be “seamlessly integrated” with the portal, which serves as a “comprehensive, one-stop suite of closed captioning and metadata enhancement solutions for immediate logging and feedback of content quality and compliance.”

The system “automatically monitors closed captions and assures conformance of quality standards of digital platforms” including Hulu and Netflix.

Mediaproxy’s Otto maintains that his company has the most advanced and reliable compliance system with advantages in several areas, including gapless recording.

Demonstrations of the multifunctionality of Mediaproxy system, l-r: LogServer, configuration screen; Monwall, monitoring multiple channels; ability of LogPlayer to play back proxy files to check them; and monitoring a particular channel and regional variations plus audio tracks.

Also, “we’re the only ones able to do virtualization, especially for the new” SMPTE 2110 and 2022-6 standards, and “we can run anywhere in the cloud,” he says.

Its LogServer platform “provides seamless multi­channel recording, review and live monitoring of video, audio and real-­time data sources” across multiple video resolutions (including 4K) and sources, according to its website.

Otto says users can rely on Mediaproxy to be around awhile. The company has been private for about 20 years and “we have no intention of selling,” he says. If a company is venture capital-funded, you can assume it’s eventually “going to get sold,” he adds. 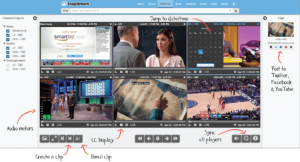 “Long term, we hope to earn the business of all of Volicon’s former customers to SnapStream’s product,” says Rakesh Agrawal, CEO and founder of SnapStream, noting that “quite a few customers [already] were both SnapStream customers and Volicon customers” who were using each company for different capabilities.

SnapStream is hoping to win over Observer customers who weren’t SnapStream customers by mid-2020, “when the runway ends for the Volicon product.” But, he says, “there’s no obligation for them to do that. We’ve got to earn the business.”

In addition to the advantage of being selected as Verizon’s transition partner, SnapStream has “a remarkably similar product in all respects — similar hardware [and] software that performs similar functions” as Observer, he said.

“Our differentiator to Volicon is definitely going to be ease of use, he says. “Whether we’re building software for a social media manager who is live tweeting an event to Twitter or Facebook or whether we’re building for an NOC engineer who is checking multiple TV sources for quality of experience and closed captioning and loudness compliance, we build SnapStream to be easy and intuitive to use. We build our product so that it ‘just works.’

“We also have a product that is a single code base with a great deal of breadth and depth. Breadth, meaning we don’t just do compliance, but we also have integration with almost every CDN, OVP and online storage service out there and we have deep integration with Twitter and Facebook, and we have deep program guide integration. And in each of these areas, we aren’t just checking the box; we have a product that we’re multiple iterations deep in.” 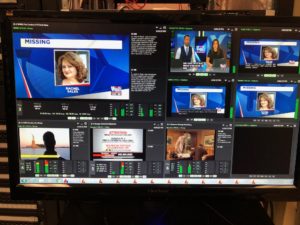 There are “many” U.S. TV engineers and “senior-level group managers who have already switched from Volicon to Vela” and “over 100 more that are about to do so next month,” according to Ken Rubin, vice president of sales at Clearwater, Fla.-based Vela.

Advantages that Vela offers include the company having a U.S.-based team who, like Rubin, previously worked at Volicon and who, unlike some rivals, can provide “immediate and local support,” he says.

Vela has become the U.S. “customer-preferred Volicon replacement solution” by “not just replacing” Volicon’s features, but by providing improvements to those features, he claims. Vela is also an economical alternative because “every single feature is included in our base price,” unlike Observer, he says. 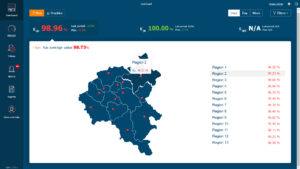 According to Qligent, compliance monitoring is just a part of the bigger picture, which also including QoS and QoE monitoring among other needs. It says the traditional compliance tools such as competitive analysis, content repurposing, and multiviewers will remain necessary for Volicon replacement, yet the overall value proposition should be amplified with automated reports and analysis, SNMP interfaces to transmission equipment, and true real-time alarms when out of compliance, and/or QoE/QoS issues arise.

Qligent offers a full suite of tools to replace Volicon but which also enhance functionality beyond just compliance, and allows service providers to futureproof their compliance monitoring, and evolve further into multiplatform architectures to meet the needs of evolving workflows and broadcast standards.

The ability to deploy all the above fully in the cloud to optimize on-premise hardware requirements to reduce infrastructure and costs adds another valuable layer, Qligent says, with the flexibility to choose on-premise or hybrid solutions to meet requirements.