Back to TVNewsCheck Home Print this page
DMA 52: BUFFALO, NY 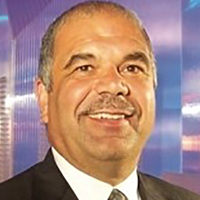 Jaromin has more than 20 years of experience working across television station operations, including local station ownership, management, marketing and sales. He currently is president and CEO of Roundtable Management Services, a media consulting business in Perrysburg, Ohio.

Early in his career, Jaromin also served as local sales manager at WKBW, when it was owned by Granite Media.

Related Story  11th Fall Season Of ‘George To The Rescue’ Kicks Off Sept. 19 On NBC O&Os

“We are looking forward to welcoming Marc back to Buffalo to lead the WKBW team in serving local audiences and advertisers,” said Brian Lawlor, Scripps president of Local Media. “Marc’s in-depth experience across television operations and his ability to cultivate leadership in others make him a great fit for 7 Eyewitness News and its community.”

A native of Buffalo, Jaromin attended Canisius College and received his degree in broadcast and mass communications from the State University of New York at Oswego.

I’ve had the pleasure of working with and knowing Marc. Good choice. As the Marines like to say, Get some, Marc.