The broadcast group is moving its senior director of content strategy to lead its Miami CW affiliate and oversee creation of news operations there.
By Mark K. Miller | December 19, 2019 | 12:16 p.m. ET. 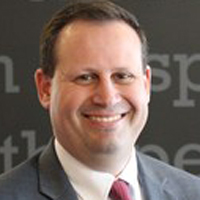 Scripps recently announced it would be adding original local news operations at the station, a CW affiliate.

Siegel currently is a senior director of content strategy for Scripps, working with a group of Scripps’ TV stations to implement, evaluate and refine the company’s content strategy.

In his new role, the company said Siegel will lead the effort to build original local news programming at WSFL, including helping to identify a news director and building a reporting and production team.

“Bill is a veteran journalist with a well-tuned ability to tell stories that matter to our local audiences,” said Brian Lawlor, president of Local Media. “His experience in overseeing content strategy for multiple markets will serve Scripps well as we build Miami’s newsroom from the ground up and find new ways to serve audiences and advertisers in South Florida.”

The company said that “heading into the 2020 presidential election, WSFL’s news operation will strengthen Scripps’ statewide political coverage in the key battleground state of Florida while its weather and meteorology teams will add to Scripps’ critical hurricane and storm coverage for Florida residents.”

Siegel received a bachelor’s degree in political science from the University of Iowa and a master’s in broadcast journalism from Syracuse University.