Headed into NATPE this month, signs are looking good for first-run syndicated shows. More than half a dozen of last year’s debuts are returning and new fare from Drew Barrymore and Nick Cannon is poised to launch with a big push.
By John Consoli | January 8, 2020 | 5:47 a.m. ET.

More than a half dozen first-run shows that premiered last September will return this fall and a handful of new shows with popular talent are expected to get broad national TV station clearance for this September.

Meanwhile, the most watched veteran first-run syndicated daily strips, along with some popular off-network comedies, continued to pull in major advertiser dollars as 2019 came to a close.

The top 10 syndicated shows from mid-September through mid-December, which also coincides with the first three months of the 2019-20 new syndication TV season, took in some $335 million in advertising, according to iSpotTV data. And NBCU’s The Kelly Clarkson Show, the most-watched new first-run syndicated program, just missed the top 10 list, taking in $17 million in advertising for its first three months.

“The syndication marketplace is strong and extremely stable across the board,” says John Weiser, president of first-run programming for Sony Pictures Television. “Veteran shows have been successful for multiple years and if you find the right brand and talent, a new syndicated show can help local station ratings for years.”

Despite a drought of new first-run shows succeeding for several years prior to this past September, viewers and stations have always wanted new syndicated programming, Weiser says.

Studio execs acknowledge that with the continued success of many veteran daily syndicated strips being renewed every year, it has been hard to find schedule holes at each station group for new fare. Station group consolidation, like the recent Nexstar acquisition of Tribune Media, also tends to make clearance negotiations — and the ability for the studios to get good pricing for new shows — harder to achieve since there are fewer potential buyers.

But Steve LoCascio, COO of CBS Television Distribution, says: “If you have the right show, you will still be able to sell it and get the right deals done. A new show’s content still drives the decisions as to what the stations will buy.” 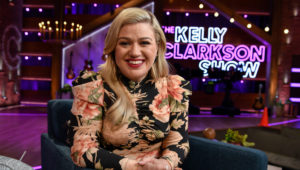 NBCU’s Clarkson, which will return for a second season in fall 2020, was the most-watched new first run syndicated show, averaging 1.8 million viewers daily for its first three months closing out the year, according to Nielsen live plus-same day data.

And while no official announcement has been made, Sony is planning to bring back The Mel Robbins Show (486,000 viewers) for a second season.

A Push Behind Barrymore And Cannon

While finding openings on station group schedules will be a challenge, a pair of new first-run shows will be getting a big push by their respective studios.

CBS Television Distribution is launching The Drew Barrymore Show with the CBS station group, which represents about 38% of the national TV audience, are on board.

LoCascio says “negotiations are ongoing” with other station groups and more clearance announcements could be made prior to the annual National Association of Television Programming Executives conference in Miami Beach that begins on Jan. 21.

“This is the biggest show we’ve launched in a while,” says LoCascio, whose CTD sells advertising for some of the most-watched veteran first-run series in syndication. “Given the tightness of the marketplace, it is harder to launch new series today. So we plan to give Drew Barrymore our intense focus to ensure giving the show the right send-off.” 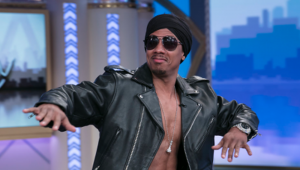 Also scheduled for a big push is Debmar-Mercury’s Nick Cannon, which has reached a clearance agreement with the Fox Television Stations group.

Ira Bernstein, co-president of Debmar-Mercury, says other clearance deals have been reached beyond Fox with those announcements to be made just prior to the start of NATPE.

Bernstein says Cannon will air either leading out of Debmar-Mercury’s veteran syndicated talker The Wendy Williams Show in late morning or at 4 p.m. leading into prime fringe time on the Fox stations.

He says Debmar-Mercury will also be making an announcement about Central Ave, a multicultural entertainment and news magazine half-hour show that it co-produced with Will Packer in a five-week test run on eight Fox stations in late 2019. It is expected that Debmar-Mercury will move to get full-run clearance for the show.

Another Debmar-Mercury series that had a three-week test run, a talk show starring Jerry O’Connell, is not ready for a full launch at this point. That said, “we are still talking with Jerry,” Bernstein says.

The third major first-run syndication launch announced for fall 2020 is a Dr. Oz Show spinoff series from Sony Pictures Television titled The Good Dish. The show is an expansion of a segment titled “The Dish on Oz” that ran every Wednesday and, according to Sony’s Weiser, spiked ratings on the show by 11%.

Weiser says he is meeting with various stations groups and has some offers for clearances for The Good Dish.

“We have some major market offers from stations we would like to work with, but we want to meet with everyone, all stations groups, and then decide how to proceed,” he says.

Specifically, it’s likely that Nexstar, which recently completed its acquisition of Tribune Media and now has stations in 115 markets representing about 39% of U.S. households, will be among those doing a deal for The Good Dish.

Weiser says Nexstar, which also added Sony’s The Mel Robbins Show last fall, “has been a terrific partner for us in syndication.”

Regarding Mel Robbins, Weiser says the talk show featuring the author and motivational speaker is expected to return for a second season. While its viewership has so far been soft, it has done well on the Nexstar stations with ratings up in key demos where the show airs.

According to industry sources wishing to remain anonymous, another fall 2019 first-run syndicated strip premiere from Sony, America Says, which had a higher viewership than Mel Robbins, is apparently not returning.

Meanwhile, Sony’s increased activity in first-run syndication is going to get even greater in 2021, according to Weiser.

Sony, which previously owned a 50% stake in the Game Show Network, recently acquired the other 50%, and the producer of longtime syndication game show hits like Jeopardy and Wheel of Fortune is planning to roll out a number of game shows in the fall of 2021.

“We are going to be a really big producer of game shows in syndication,” Weiser says, noting Sony will start leveraging the category and bringing out high-quality games shows. “We are developing and testing new first-run syndicated game shows for 2021.”

The Drew Barrymore, Nick Cannon and The Good Dish launches are hoping to follow the successes of the Clarkson and Hall shows by headlining them with recognizable stars.

Cannon hosted America’s Got Talent on NBC for eight seasons and also guest hosted The Wendy Williams Show. He has hosted the Teen Choice Awards on Fox, Nickelodeon’s Lip Sync Battle and is currently host of one of the most-watched shows in broadcast prime time, The Masked Singer, on Fox.

Cannon’s recognition factor for a potential audience draw is high. Barrymore also has had continued recognition as an actress, while the four co-hosts of The Good Dish — Daphne Oz, Vanessa Williams, Gail Simmons and Jamika Pessoa — all have had broad TV and other media exposure.

Oz, daughter of Dr. Mehmet Oz, has done previous food segments on her father’s show and prior to that spent six seasons as a co-host of ABC daytime food show The Chew. Simmons has been a long-time judge on Bravo’s Top Chef, while Pessoa has made assorted appearances on cable food shows, as well as appearing in food segments on Dr. Oz previously. Williams is known for both her singing and acting careers.

As for how the syndication marketplace will roll out for fall 2020, studio execs acknowledge that there is no longer urgency to make their new programming and clearance announcements by NATPE in late January. Decisions on programming by both the studios and station groups could continue to be discussed and finalized well after NATPE ends on Jan. 23.

While NATPE used to be the conference where each studio would formally disclose its new syndicated shows and negotiate during the conference to get them cleared, Sony’s Weiser says today’s syndication market “involves a full calendar year of [ongoing] work.”

“NATPE is still a vital place to connect and continue to build relationships within the industry,” he says, “but today it has become more of a place to share ideas than to get deals done.”

Surprised that Mel Robbins is going to get a season 2 and America Says is a goner after this season, I think The Good Dish if Nexstar is signing on to the show will go on Wood TV or more likely WOTV maybe they pair it with Dr. OZ which is on Wood TV at 3PM and put The Good Dish at 2PM and move Rachel Ray to WOTV. Will not know untl July when Syndie promos roll out.