The recipients of TVNewsCheck’s annual Women in Technology Leadership Award — SMPTE’s Barbara Lange and WarnerMedia’s Lisa Pedrogo — are  women who have contributed substantially toward advancing their industry technologically. The award supports the National Association of Broadcasters Education Foundation’s Technology Apprenticeship Program, which places graduating engineers, who are women or people of color, in broadcast industry internships. They will be honored in a virtual awards presentation and panel discussion on Oct. 19.
By TVN Staff | February 19, 2020 | 5:30 a.m. ET.

TVNewsCheck Co-founder and Publisher Kathy Haley said: “Barbara Lange’s stewardship, including an increase in global membership and relevant education, an updated process for standards setting, a deft incorporation of new media giants in SMPTE’s governorship ranks and a recently adopted strategic plan have positioned SMPTE to remain not just relevant but critically important to the media and entertainment industry as it navigates the greatest technological and business challenges in its history.”

Haley continued: “Lisa Pedrogo’s management of the design and construction of WarnerMedia’s pioneering Hudson Yards broadcast facilities; her oversight of the Time Warner Center build in New York and rebuilds of facilities in London and Los Angeles; and her direction of CNN’s highly regarded BEST University have played a significant role in enabling WarnerMedia to stand out as a trail blazer in creating new television workflows and technology strategies. And this, in turn, has significantly advanced the media and entertainment industry technologically. 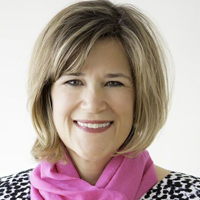 Barbara Lange joined SMPTE as executive director in January 2010. Founded in 1916, SMPTE is the global professional association that supports the technical framework and professional community who make quality motion imaging available to consumers in a variety of media formats. Lange’s portfolio includes executing on the SMPTE Board of Governors’ strategic vision and to ensure the society’s continued relevance in an ever-evolving media ecosystem.

Under her leadership, the society’s membership has grown by more than 30% globally, more than 200 leading-edge industry standards have been published — including industry game-changers such as Interoperable Master Format (IMF), High Dynamic Range (HDR) and Video Over IP (SMPTE ST 2110) — and the society has educated thousands of professionals on critical technical topics.

Today, Lange’s focus is leading the execution of SMPTE’s three-year strategic business plan that will further the society’s visibility and relevance with an emphasis on attracting a younger and more diverse membership demographic.

In 2015, Lange led the acquisition of the Hollywood Professional Association (HPA); she now serves as its executive director. The HPA is a leading trade association focused on the application of technology in the creation, distribution and consumption of professional media content. Together, SMPTE and HPA address the needs of technologists and creatives within the professional media ecosystem that enables the constant evolution of creative storytelling.

Lange holds a BA in chemistry and German from Washington and Jefferson College, and a certificate from the Executive Development Program at the Kellogg School of Management at Northwestern University. Prior to joining SMPTE and HPA she was an executive in scholarly publishing with roles at organizations including Springer-Verlag and the IEEE. 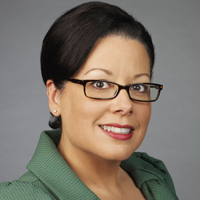 Lisa Pedrogo began her CNN career in 1989 as a production assistant with Business News, New York. She held every editorial newsroom position — from assignment editor to producer — until transitioning into broadcast operations management with the CNNfn network launch, where she managed CNN’s first digital, non-linear production edit system — the prototype for CNN’s global digital edit platform.

In 1996, she became director of operations for CNNfn, assuming responsibility for managing the broadcast facility, the technical crews that supported it and media management of all digital non-linear editing for New York. Since then, she has held many roles as a member of CNN’s Broadcast Engineering & System Technology department — the 24/7 team of technologists supporting technical spaces and tools used by its global journalists.

In 2002 she took on a project management role for the CNN Time Warner Center build. As a program manager, her credits include the CNN HD network launch and the London and Los Angeles bureau rebuild projects. In 2016, Pedrogo became  VP of New York engineering and strategic initiatives, taking on the CNN NY technology teams while managing the design, build and move of CNN into Hudson Yards. This facility, which launched in the spring of 2019, includes more than 110,000 square feet of technical space supporting multimedia content creation.

In 2008, Pedrogo assumed the role of director of technology training for CNN’s BEST University, a team of educators that develop and deliver customized curriculum and technical training to CNN employees. These trainers actively participate on project teams, provide facilitation and consultation services around training initiatives, and perform acceptance and QA testing on new hardware and software.

Pedrogo has a B.A. in communications from Hofstra University and is fluent in Spanish.