‘ET’ Stays Polished While In Quarantine

The long-running entertainment show’s executive producer compares Entertainment Tonight’s new way of remote working to a relay race, but host Kevin Frazier is geeking out over getting to use his arsenal of cameras and home tech to keep the show looking sharp.
By Michael Depp | April 16, 2020 | 5:30 a.m. ET.

Entertainment Tonight is working from home now, but it’s not wearing its sweatpants.

A show built around the luster and glamour of Hollywood can’t afford to dress down too much, even if the whole showbiz world is sheltering in place. Fortunately, ET has Kevin Frazier.

Frazier, the show’s host since 2014, got his start as a news cameraman at stations including WCBD Charleston, S.C., and WBFF Baltimore. The shooting and editing skills he’s been honing ever since have held him in good stead from the home studio where he’s now hunkered down with his wife, two kids and a small arsenal of Sony and Nikon cameras, lenses, lighting setups, tripods and even a drone.

And that arsenal belongs to Frazier, not ET.

“As my wife, my children and all my friends will tell you, I shoot a lot of video, and going on vacation with me can be a scary, scary thing,” Frazier says.

So, picture a syndicated magazine show host sequestered at home who just happens to run a sideline business in travel production and goes into reveries talking about his Canon M6 and Sony A7 cameras. Now tell him he’s going to be anchoring indefinitely from that home and needs to MacGuyver up to the challenge of looking Hollywood good in home production.

“Doing this, in a way, has been the greatest joy of my life,” Frazier coos. “It also thankfully allows me to justify to my wife all the money I spent on all these cameras.”

This isn’t to say that Frazier, or any of ET’s staff of about 175 people, aren’t taking any of their diasporic new production conditions seriously. It is only to emphasize that while everyone in television has been forced into remote, domestic production, few are looking so polished as Frazier and company. 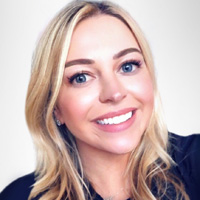 All of this is through very conscious design and significantly longer production days, says Erin Johnson, the show’s executive producer. “It has been really important to us to maintain the quality of the show,” she says. “We don’t want a pandemic to change anything about that.”

The pandemic has changed pretty much everything else for ET in its five weeks of remote production. The first two of them were spent putting specials into production as the crew scrambled to get everyone kitted up at home to resume original daily shows.

“We ended up getting a bunch of things off of Best Buy and Amazon to put in the houses of our talent,” Johnson says. She notes the show’s correspondents started up with iPhones and ring lights, using a LiveU app so that producers can watch while they shoot.

Almost nothing about production is easy anymore. “We have to be super on top of our plans for the day and for the week just to make sure that we can produce the freshest show possible,” Johnson says. “We have to go through a lot more steps than we normally would if we were doing this in the studio.”

Johnson describes the process now as “a bit more of a relay race.” She misses the days of being able to walk over to a colleague and tell them the show is six seconds heavy and needs a shorter lead in. Now, the longer getting-ahold-of-people-ness needs to be factored into everything, especially since many of the staffers are also home schooling their kids, stretching out the workday longer than it ever did.

“Everyone is working bizarre hours because they are navigating a lot of other stuff beyond work,” she says.

In response, “we had to come up with a clear communication process so everyone is aware of what is going on and able to be on the same page quickly,” Johnson says, which translates into a lot of text chains and Zoom calls.

So far, that’s helping the work process come together smoothly, if more slowly. Producers, editors and graphics teams are using VPNs to log in remotely to their work desktops. Internet connections have held steady, and ET is back up to its six original shows a week schedule.

Some things about the show have changed. It has half-jokingly rebranded as Quarantainment Tonight. Its A block is now a bit longer. Celebrity interviews are playing out longer, too. And the process of booking those celebrities — never normally an uphill battle for the star wattage the show reaffirms on its subjects — is slightly different now, Johnson says. 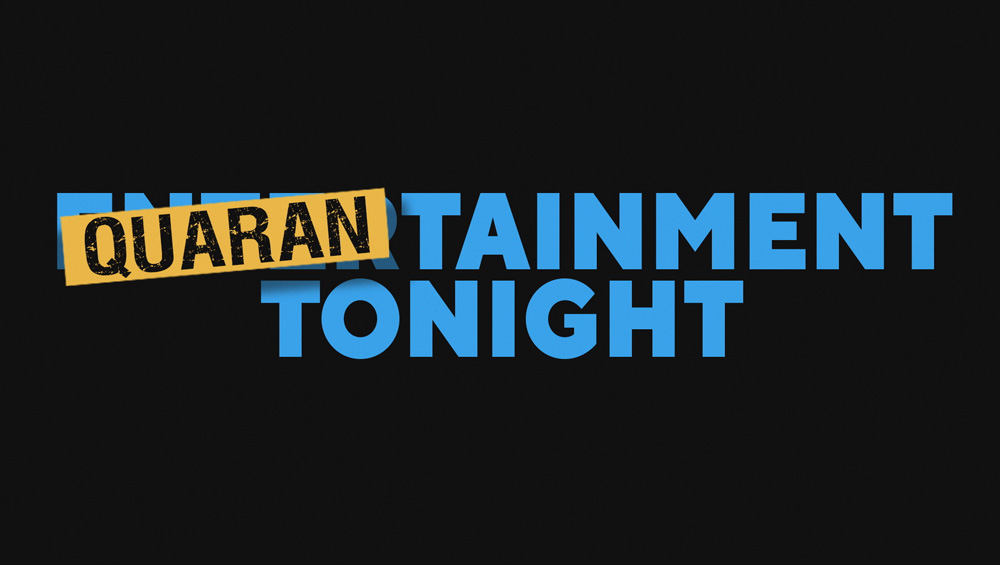 “At this time there is a real sense that stars have a message to get out and we are a good place to be able to do that,” she says. “They are almost more intimate in a way, even if they are being done by computer.”

Frazier says the pandemic has had a kind of equalizing effect in that regard. “Everybody is stuck inside that same house, and we are all in the same boat,” he says. “You find they are just human beings.”

Recent interviews he’s done with people like Jada Pinkett Smith, Hoda Kotb and Kristen Bell have all reaffirmed that sense, he says. They offer little moments like Bell venting her frustrations about being quarantined with actor husband Dax Shepard and then taking the Zoom connection to find her kids in the front yard making a banner for health care workers. Such domestic details would have been far more elusive pre-pandemic.

That goes for Frazier himself, too. Even though he’s rigged up his home office with three separate cameras to shoot many of his segments, that hasn’t stopped him from sticking a camera onto his Gorilla tripod to find yet another shot somewhere else in the house.

“I am annoying my wife and kids when I move around the house because I want to have different shots,” he says. “I will walk around with this camera trying to create new shots for the next day, and my family just goes about their business while I’m doing it.”

Not always, though. Sometimes one of his kids will photobomb him doing a standup in front of his fridge. And recently his 13-year-old was lured into helping him with a drone shot he was working on, since some of dad’s tech is kind of cool.

Those moments have given ET a new kind of importance on both sides of the camera. For viewers, “people are looking for some relief from the constant doom and gloom-type of coverage,” Johnson says. “It’s important to bring a little levity to people.”

On the production side, she says the experience has already taught ET’s crew that it can still pull off a pretty sleek-looking show under extreme duress. “I am confident that for as long as we need to do it this way to be safe and do our part, we will be able to get new shows on the air every day,” Johnson says.

Not only that, but the show may also reach deeper into its 39-year archives to pull together even more specials as TV crawls into a summertime of uncertain programming options and holes that may need to be filled.

Still, Frazier is making the most of hosting Quarantainment Tonight.

“I miss my coworkers, going into the office and going into the studio,” he says. “But me adjusting like this is little compared to the people who are really adjusting, working hard and suffering. So if Kevin has to carry a camera around for a few months, so be it.”

With all the remote control rooms and robot studio cameras available, it’s good to see TV looking sharp instead of “at home” creepy. If it’s a big-budget show, then set up a microwave link for full HD-video and remote audio/video boards connected to studio-quality mics and cameras. Put the set designer on the phone to the on-air talent’s home. Shabby production values are a choice and a dumb one. Bravo, ET. And to SNL, for a better job last week than the usual low-fidelity stuff on weeknights late.