The recipients of TVNewsCheck’s Annual Women to Watch Award — Avid’s Kate Ketcham and Walt Disney Studios’ Sally Hattori — are deeply focused on improving technology to enhance storytelling. They will be honored in a virtual awards presentation and panel discussion on Oct. 19. Register for it here.
By Jennifer Pallanich | September 3, 2020 | 10:00 a.m. ET.

This year’s Women in Technology Women to Watch exhibit creativity, curiosity and a relentless focus on improving technology to enhance storytelling.

A creative at heart, Ketcham didn’t pursue a career in technology — she fell into it.

“When I was growing up, technology was boys with glasses, not girls,” Ketcham says. “Did I ever see myself being involved in technology at all, particularly the level I’m at? I never would have thought about going to work at a software company.”

She’d pursued film studies at Boston College with the idea of becoming a director.

“I started down that path but soon realized I didn’t want to move to California, and that seemed like the only way to do it,” she recalls. “Most people kind of fall into things, and I did as well.”

Straight out of college, she landed an internship with Avid’s customer support team, where she eventually learned how to take computers apart and put them back together. During her tenure there, she worked her way up to the director of Media Composer product management. 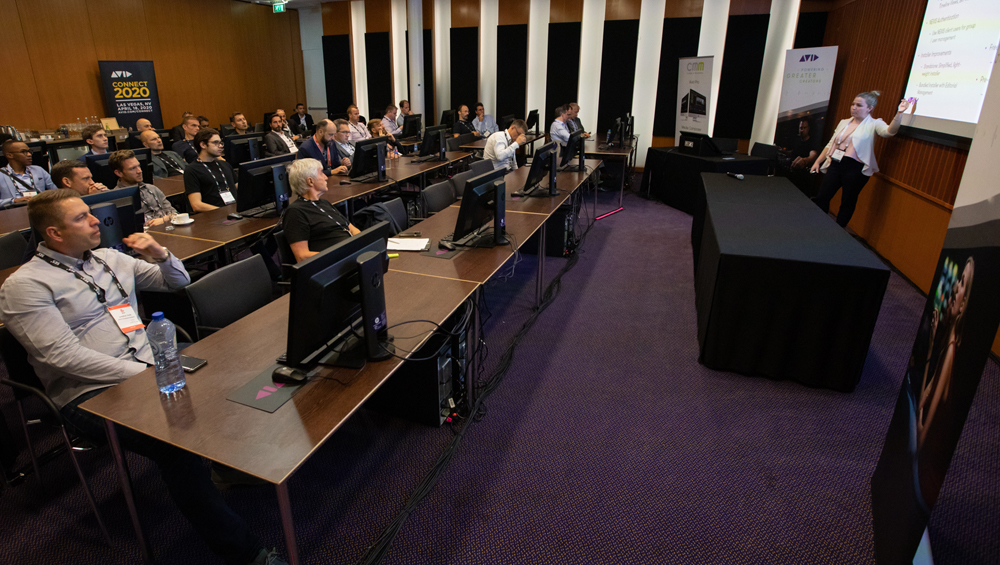 Kate Ketcham running a training session for Avid’s reseller and distribution partners at IBC in Amsterdam last fall. Ketcham was training them on what Avid had recently released in Media Composer as well as what was set to release in the following months.

Users wanted a simpler means of editing in Media Composer, she says. “It sounded simple enough, but it didn’t solve everyone’s problem. We stepped back and asked: ‘What’s their real issue? How do we make a tool that can work for everyone depending on what they need and allows them to control what users can and can’t do?’ ”

The resulting new user interface allows users to turn features on and off and is also easy to grasp for new users, she says.

Part of what Ketcham likes about her job is figuring out problems and solving them.

“I like making sure people get what they need in order to do their job right,” she says. “I realized later in life that that’s what I really like.”

Even though she didn’t realize she was exercising those critical thinking muscles earlier in life, she was solving problems back in her high school days by helping with set and stage design.

Once upon a time, she says, she thought she’d be in California winning Academy Awards. “But here I am, still in the business. Somedays, I watch the award shows and think that it’d be cool to be up there,” she says. “But I get to make sure those things happen. If we didn’t exist, if we didn’t do the things we do, we wouldn’t get to watch those movies and television shows. I’m proud of what we do.”

Hattori, curious by nature, leads the group at Disney that explores new technologies and develops requirements and workflows in production, post-production and home distribution. Her group also contributes to technical standardizations. Prior to joining Fox, she worked at Sony as a senior software engineer in technology standards and strategy.

When she first joined Twentieth Century Fox as director, advanced technology and engineering, Hattori focused on new technologies that could produce content and bring new experiences to users and customers.

“This was about the time high dynamic range (HDR) came into the market,” Hattori recalls. “There were barely any devices that could play that.”

She was a member of the team that looked into what HDR would mean creatively for those telling stories and for the viewers, and helped with the standardization of HDR. This included establishing HDR workflows, including how to produce HDR content, master it and distribute it.

Recently, she’s been focused on machine learning and how it can enhance efficiency throughout the production workflow.

“Some people are saying artificial intelligence is taking over storytelling. I don’t think so,” Hattori says. “I consider it a complimentary tool to support the creative process, not a replacement. And this applies equally to any other new technology that may come in the future.” 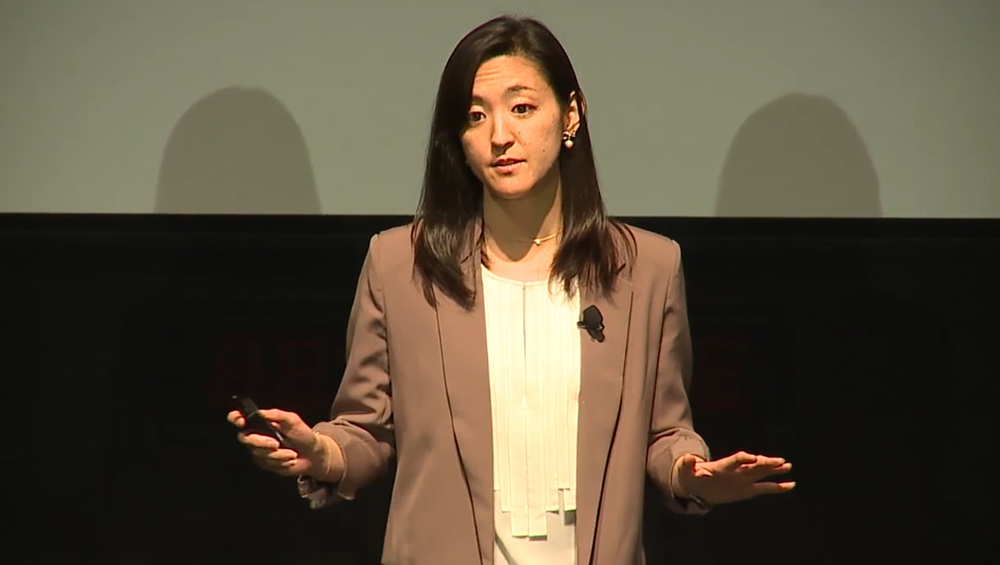 Hattori believes machine learning is a tool that can support the delivery of creative intent in the entertainment industry. “It’s fascinating how much machines can help human beings doing the work.” Previously, she says, “machines were taking too much time and humans could do it quicker. Now it’s the reverse.”

And the project has posed some challenges.

Her interest in machine learning can be tied to early curiosity in data analysis. During her Waseda University days in Tokyo, she sought a way to categorize images without having human beings involved. Her research topic involved statistically analyzing pixel images in videos to categorize the videos by genre. She sees data analysis and machine learning as being closely related.

“I believe we are at a point where we could potentially have interesting innovation in how we consume the media, e.g., cloud edge computing, 5G bandwidth [and] autonomous vehicles” she says.

Register for the Women in Technology Awards presentation and panel discussion on Oct. 19 here.