Back to TVNewsCheck Home Print this page
DMA 51: MEMPHIS 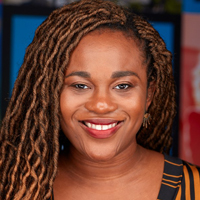 Thomas participated in Tegna’s Leadership Development program in 2019, and in August she was one of 32 journalists nationwide selected for the Poynter Institute and Washington Post’s Leadership Academy for Diversity in Digital Media.

Prior to joining Tegna, Thomas worked as a news producer at television stations in Memphis; Jonesboro, Ark.; and Columbia, Mo.