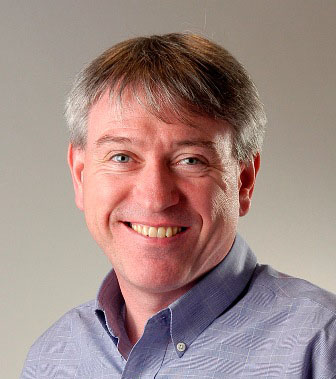 Centralcasting and IT-based playout are key areas of focus in the U.S. for Snell, a leading supplier of technology for TV and distribution. Simon Derry, the company's CEO, explains that Snell has the ability to take much of the capital and operating costs out of master control with its Morpheus automation system and ICE "channel in a box." And it's working with broadcasters around the U.S., who are in the early stages of deploying its solutions.

Two years ago, Snell & Wilcox and Pro-Bel merged to create one of the leading suppliers of technology for TV production and distribution around the world. Snell, as the combined U.K.-based company is now known, offers routers and other infrastructure gear, format and standards converters, production switchers and media management solutions.

But what’s top of mind for CEO Simon Derry when he focuses on the key U.S. broadcast market is centralcasting and IT-based playout. With its Morpheus automation system and ICE “channel in a box,”  Derry says in this interview with TVNewsCheck, Snell has the tools that broadcasters need to take much of the capital and operating costs out of master control — and do so without sacrificing quality or reliability.

What is Snell’s annual revenue?

We don’t normally disclose our revenues, but I can tell you we’re in the sort of greater than $130 million range. We get probably about 30% of our revenues out of the Americas including South America.

Is that share from the Americas growing or shrinking?

Well, we have been growing in the Americas for a couple of years now. We have seen a growing share in the U.S. itself. The U.S.  had a really tough period as you know, but in the last couple of years we have seen that encouragingly growing again.

My publication is focused on the broadcast TV community in U.S. Can you discuss what your strategy is toward that slice of the market?

Our perception of the U.S. has always been that it is the lead market in the world. A lot of things that happen in the U.S. then subsequently follow elsewhere. So, for example, the transition to high def definitely started in the U.S. We can see right now another major market move stimulated primarily by the U.S. that will have a major impact on the global industry.

And what is that?

Centralcasting. I know there’s been talk of centralcasting and, in fact, implementations for a number of years. But about a year and a half ago we implemented some new functionality in centralcasting, which is now part of the Encompass [Digital Media] installation in Atlanta and it’s servicing the NBC O&Os. It’s our automation system Morpheus that the whole thing runs on.

It’s unique because at the spoke end of the model, there’s still local control. If you lose links to the central hub, you can still operate. The control can be either taken centrally or locally, and it’s a completely file-based solution. This and other solutions we have done in the U.S. have given us an exciting basis for where we’re going next.

And where is that?

Like a number of other vendors, we have got a channel-in-a-box solution. These are pure IT-based platforms. So, it’s commodity hardware running our software. The role of these units actually is to replace the traditional master control and other elements of master control in the on-air  chain. Our box is called ICE, which stands for Integrated Content Engine. Basically, it acts as master control with the video server and the graphics for branding. Actually in our case, we have gone even further to integrate closed captioning, EAS, audio description and a whole host of other functionality.

Now all of that on-air chain is collapsed into a single box, and therefore you get the cost dynamics right down. Broadcasters can launch new channels at a much lower cost or try new services without incurring significant cost. It also reduces the cost of ownership quite considerably as well when you look at all the boxes that people have to buy in order to provide all that functionality I was talking about. They all take rack space; they all require cabling; they all require patch panels; they all require their own maintenance contracts. Here, we have collapsed the whole thing into a single box, very scalable. That actually means that you not only reduce the price, but the whole life cost of ownership.

When you look at what this stuff is replacing, it could be a third or a quarter of the cost of what you currently do. You save on space, power, complexity. So it’s a really significant change.

We know we have a slight challenge here in the U.S. We believe Snell is a well-regarded brand, but a lot of people, because of our history, perceive us as being expensive and therefore do not consider us for things. I can categorically tell you that that is not the case today. We’re incredibly price competitive. We’re spending our time developing solutions that really improve the return on investment for our clients.

You noted that others are in the box space. What distinguishes your box from the others?

First, at Snell, we’re really putting our name behind this in terms of people’s perception of our reliability and performance. Robustness is No. 1, because a lot of people have always been traditionally nervous about putting standard IT solutions into the on-air chain. We have spent quite a bit of time talking to and actually testing out our system with a number of U.S. customers.

The second point is that we find that broadcasters often get frustrated because the vendor community introduces products without some of the ancillary services that they need like EAS or audio descripters — all the kind of stuff that means everything to the broadcasters, but that isn’t in the basic product. We have all that stuff in ours because we have been through the process with a number of U.S. station groups and networks.

The other thing that we have is scalability because it is based on our automation framework. We can give you the first box, the first computer, and you can successfully run the simplest channel from it. Then, you can literally scale this thing and offer over a hundred channels with complex live on-air events. We can go from the simplest to the largest without changing the interface to the operators. The operators think it’s exactly the same, but you have completely transformed your business from one channel right straight through to a hundred channels. So whether you’re doing disaster recovery in concert with your on air, whether you’re doing brand new channels or whether you want to grow to more sophisticated ways of working with live programming, the thing scales readily and easily. I don’t think that anybody else in the world can do that.

Plus, you’re suggesting that broadcasters could use this in some kind of centralcasting configuration?

What you could do is exactly that. So if you wanted to use it as a centralcast, the ICE box could basically be used as the traditional server in a remote location and be controlled remotely or locally, either way.

Now, you say that this is being tested by U.S. broadcasters. Which broadcasters and where?

I have got a slight challenge here because they won’t let me talk about it, but I can tell you that we have got units running with stations, networks, PBS and service providers in the US. To give you names is difficult because most of them are in the early phase of deployment. But there are significant names here. They’re running on air today in various guises.

You have a broad line of products — routing, infrastructure, video standards conversion, production switchers. Any other area where you see significant growth opportunity?

We provide a lot of the standards conversion for live events around the world and in the U.S. in particular, so the Alchemist that Snell & Wilcox had been famous for for many years is still as stunning for live events, international program exchange and in post production. That’s a very big market for us in fact, and that’s a very big market for us in the US. Of course, we have got presidential elections and the Olympics next year, and we do tend to find that for that product line that’s a big stimulus.

We have got a brand new and very unique production switcher in Kahuna. We just launched the Kahuna 360, which outspecs anything you will see on the market today. It’s got a lot of the smart technologies that Snell can bring, which actually is completely changing return on investment.

And we have just launched at IBC a very innovative router. We see great growth potential for it in the U.S. and of course on the modular side. We have some of the biggest installations in the world in places like Turner [Broadcasting System] in Atlanta. So, in that infrastructure piece of our business, we are seeing increased volumes in the U.S. market generally.

When we have a relationship with a customer — whether it starts with a production switcher or centralcasting or ICE — it tends to develop as the customer sees the rest of our product lines. We have got quite a few tools in the tool chest.