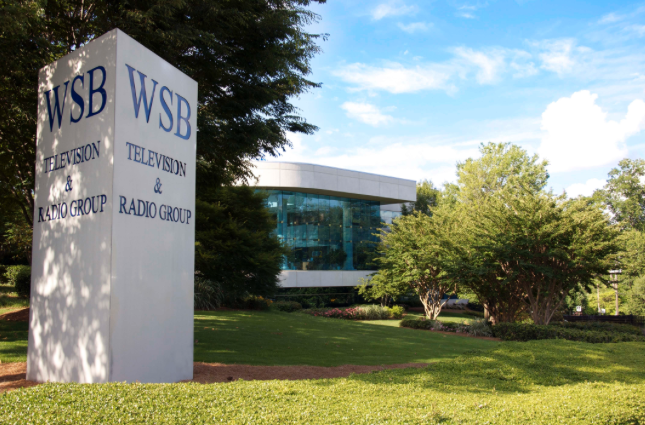 WSB Atlanta is the first station to use Nexidia Dialogue, a speech search technology also being used by major cable news networks, including MSNBC. The technology uses basic language sounds called phonemes to find any audible words in any digital library. WSB can now quickly access more than 40,000 hours of material dating back to the 1950s.

Following a three-year initiative to digitize more than 40,000 hours of film and tape dating back to the 1950s, employees at WSB Atlanta still had a difficult time finding specific clips that were now stored on the LTO tape because of the lack of metadata.

“We were relying on tape labels, sticky notes — anything we could to figure out what was on a tape,” says Gary Alexander, director of engineering at WSB.

But last spring they discovered a product that has helped them zero in on just what they are looking at and attach proper metadata.

The product is Nexidia Dialogue. The speech-to-text technology is also being used by major cable news networks, including MSNBC. The Cox-owned ABC affiliate is the first TV station to put it to work.

“We started Nexidia over a weekend and let it index all of our files, and today, it’s really unbelievable that we can find things we never knew even existed,” Alexander says.

“There are about 40 phonemes that make up the English language and about 400 total for all of human speech,” says Drew Lanham, SVP and GM of media and entertainment at Nexidia. “What we did is create an index of those phonemes and regardless of the word, it’ll be able to find it.”

Obamacare, for instance, isn’t a word found in modern dictionaries, and basic speech-to-text recognition software isn’t trained to know that word, Lanham says. “But by breaking down those phonetic elements, we can help a station find every time Obamacare is mentioned in a story,” he says.

Dialogue licenses start at about $10,000 and can go as high as $250,000, based upon how many hours of media it needs to index and how many users have access to it.

Earlier this year, WSB put together a special package for the 50th anniversary of Martin Luther King’s “I Have A Dream” speech and found the phrase “I have a dream” in thousands of clips.

“What we then did was search for an obscure part of the speech,” Alexander says. “And at the click of a mouse, we found some real gold for our story.”

The goal is to add metadata, a detailed description of the video, so that producers can easily recall clips inside their media asset management solution, says Richie Murray, president of Bridge Digital Inc., who served as a consultant on WSB’s project.

“Right now, it’s a two-step process,” he says. “They need to find it in Nexidia, then export it over to Avid Interplay, their [media asset management] system. The goal is to have just one interface.”

That’s still a ways off. Employees tag content with metadata as they search for clips and use them in the course of daily production, but the station will likely have to hire someone dedicated to the job.

Hiring the right person is critical, Murray says. “It sounds like a job for an intern, but the problem is that there could be this huge gap in knowledge.”

One staffer tagged a clip as “two old men shaking hands,” says Murray. “But in reality, it was two important governors. To whomever was watching that, it was just two old men. You needed to know who they were to get an accurate description.”

After the Cox family decided the preservation of the station’s content was worth the undisclosed investment, Atlanta-based Crawford Communications three years ago began digitizing all of WSB’s content —  film, one-inch tape, three-quarter-inch tape — to a Spectral Logic LTO tape library at the station.

The station has a partnership with the University of Georgia, which will also get a digital copy of all the content.

Nearly all of the archives are digitized today. After being digitized, high-resolution versions of the content were ingested into Avid Interplay using SGL Flashnet, a content storage solution geared for the broadcasting industry.

To speed searches, low-res proxies of the content were created using ProMedia Carbon, a file-based transcoder by Harmonic, and then stored on a network attached storage (NAS) server, also located on site.

Stations interested in taking on a major archiving project should first evaluate the value of their content, Murray says. “And in my opinion, that’s the hardest thing to do. The mechanics are there and it’s fairly simple once you get going. But you need to determine if you can generate money from doing something like this, or derive some kind of value.”