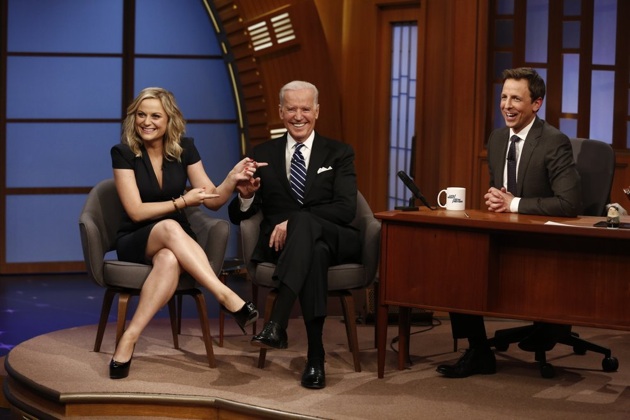 The premiere of Late Night with Seth Meyers (which taped Monday evening for airing at 12:35 a.m. ET), represented the final step in NBC's talk-show turnover. Meyers, who until early this month was an SNL veteran and co-anchor of its Weekend Update newscast, is filling the vacancy left by Jimmy Fallon after five years as Late Night host.

NBC sure got cheap when it made the set for Late Night. Between the cameras and the set, it looked like I was watching a small market cable access channel. But I do think Seth will do well despite it.