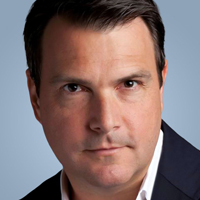 In this newly created role and effective immediately, Santaella will be tasked with leading the digital transformation of Estrella Media’s strategy, building operations and generating new revenue initiatives.

Prior to Estrella Media, he was the SVP, head of ad sales and operations, at Sony Pictures Television Digital Networks, where he built Sony Crackle into a free ad-supported streaming network with the Emmy-nominated hit, Comedians in Cars Getting Coffee. In this capacity, he also managed ad sales, operations and strategic initiatives and led the creation of a premium video network for advertisers targeting a large audience of “connected gamers” that included PlayStation Store, PlayStation Vue, Funimation, Pluto TV and Crackle.

Before Sony, Santaella was director of ad sales marketing for Disney Interactive, leading digital and cross-platform advertising and integrated marketing solutions across the company.

“René has an amazing track record in working with some of the world’s largest media brands and transforming their businesses into digital leaders,” said Peter Markham, CEO, Estrella Media. “We could not be more pleased to have him plot the course of our continued transformation into a Hispanic digital leader across all platforms.”

Producing more than 2,500 hours annually of original video programming, Estrella Media is one of the largest U.S. producers of Spanish-language content, which is actively ramping up its digital footprint and soon will be announcing several new streaming TV distribution partnerships, in addition to the recently announced partnerships with TubiTV, FuboTV, Samsung TV Plus and Roku LATAM.

“I am thrilled to join Estrella Media and be a part of bringing culturally authentic news, music, sports and entertainment to an underserved Hispanic audience and making it available everywhere for free,” said Santaella. “The Spanish-language direct-to-consumer marketplace is taking off and I look forward to accelerating their leadership position and super serving this important community.”