The Gray-owned, Colorado Springs CBS affiliate is this year’s Social Media Excellence Award winner for small-medium markets. Its robust audience has grown around the station’s commitment to a steady stream of locally important content there.
By Michael Stahl | December 2, 2019 | 5:51 a.m. ET.

Acting on a tip, the newsroom of the Gray Television-owned CBS affiliate KKTV Colorado Springs (DMA 85) broke a disturbing story in November about a local daycare center where police discovered 26 children hidden behind a false wall. Law enforcement had received complaints that the daycare operator was housing more children than her license had allowed. Eventually, multiple daycare outposts run by the same woman were shut down, affecting dozens of families.

KKTV also reported that the owner once had her license stripped from her in California for the same offense, thrusting the Colorado state government’s daycare licensing protocol under review.

The tip was sent to KKTV via Facebook, where the station has built a robust, loyal following that regularly interacts with reporters and producers on the platform. Such connectivity and outcomes are why KKTV is the TVNewsCheck Social Media Excellence Award winner for small-medium markets for 2019.

KKTV was one of 10 nominees in the category determined by data partner Social News Desk’s live database of 12,000 local news Facebook pages. Social News Desk tracked 16 million posts by those pages, identifying those with the highest engagement per post as nominees in each of the awards’ four categories.

“Most of our big tips come in through social media, but we have to do the ground work behind it, and I think people see that,” says Tony Keith, KKTV’s executive digital content producer. “They know if they reach out to us on Facebook they’re not getting a response from somebody who’s just working the website; they’re getting a response from somebody who’s helping run the newsroom.” 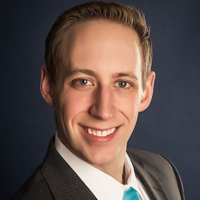 In addition to responding vigilantly to Facebook followers, KKTV has been able to cultivate such profound trust with viewers, Keith says, by employing a simple formula: present only stories that have the greatest impact on the community.

“Whether it’s in the city, county, state, country, we like to keep the focus as local as possible,” he says.

When it comes to packaging the stories on Facebook — where KKTV may post upward of 30 times a day — Keith says the team takes great care in crafting headlines, choosing images and writing their captions.

“We don’t have time to get too creative with breaking news,” Keith says. The station’s fat-free approach to storytelling, he adds, is boiled down to “what matters, why does it matter, let’s get the word out there,” quickly and effectively. 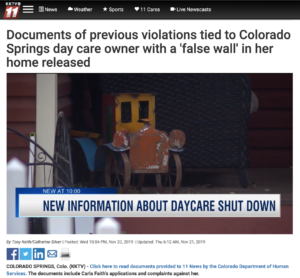 Case in point, KKTV uses Facebook Live on a regular basis, providing updates to stories as they develop. The teams then condense the information that had been streamed on the platform into segments for their on-air newscast.

“[With] a lot of our viewers from the digital side, if they’re interested in a story, they’re going to turn on our newscast and they’re not going to feel like [the streaming content] was a tease,” Keith says. “They’re going to feel like, ‘They gave us everything he knew online earlier, and now they’re just simplifying it and getting out the information in a more refined way, over the air.”

The intermingling of digital and on-air production has paid off for KKTV. Colorado Springs is home to around 465,000 people. Although the station serves outlying areas as well, KKTV’s Facebook page has nearly 376,000 likes. This engagement not only aids in the spreading of vital information, but, through sponsored posts, also allows KKTV to monetize the platform — a growing trend in digital, as the news industry continues to evolve rapidly.

But the changes haven’t bothered Tony Keith, who says he’s “addicted” to digital news production. The same principles of good journalism still apply today, as they always have.

“People come to us for so much because they trust us,” Keith says. “People will come to us hoping for truth, and hoping for answers.”

Representatives of KKTV and the rest of 2019’s Social Media Excellence Award winners will discuss their work in a panel moderated by Social News Desk’s Kim Wilson at NewsTECHForum on Dec. 16 at 4:45 p.m. at the New York Hilton. To register for NewsTECHForum, click here.