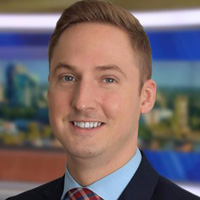 He succeeds Lori Waldon, who has served in that role as well as Hearst Television regional director of news, and who is moving to Albuquerque, N.M. as president and general manager of Hearst’s KOAT.

“I am grateful for Lori’s leadership and contributions to KCRA-TV/KQCA-TV during her tenure as News Director and congratulate her on her well-deserved promotion,” said Elliott Troshinsky, president-GM of KCRA-KQCA. “And I am very excited to have Derek succeed Lori as KCRA 3’s next news director. His passion for journalistic excellence, leadership skills, and vision for the future of local news make him eminently qualified to lead our outstanding news team.”

At KCRA-KQCA, Schnell, who joined the stations in 2014 as an executive producer, introduced multi-platform news-coverage projects and developed and launched a one-hour 10 p.m. newscast on KQCA. He has been instrumental in integrating digital innovation into the daily news workflow to provide content tailored to the stations’ television, digital and social audiences.

Before moving to Sacramento, Schnell was executive producer at KMBC Kansas City. He also worked for KOCO Oklahoma City.

He holds a bachelor’s degree from the University of Missouri-Columbia, beginning his career at Columbia’s NBC affiliate KOMU.