A TVB analysis of March viewing data finds that a single night of local TV news drew greater audiences than the NFL First Round Draft, the Academy Awards, and Monday Night Football.
By TVN Staff | May 8, 2020 | 10:36 a.m. ET. 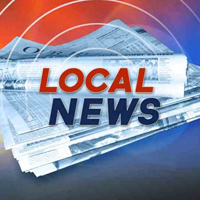 When it comes to marketing effectiveness, nothing beats local TV news, according to a recent analysis of March Nielsen data conducted by the TVB.

Compared with tent-pole programming and many popular TV events, such as the Academy Awards, local TV stations’ 6 p.m. news provided greater audience impressions. Brands and advertisers can capitalize on this opportunity as America reopens for business city by city and state by state.

TVB said: “One of the greatest advertising media opportunities for brands in terms of value and reach, during this critical time, is local TV, the No. 1 one medium for trust and local news/information according to GfK surveys of viewing audiences.”