Recent supply chain issues notwithstanding, newsrooms are embracing LED video walls for their dropping prices, ease of use and improved quality over older, LCD options. Above: WRDW Augusta, Ga., included a large video wall in its new facility, designed by FX, that it moved into earlier this year. (Source: WRDW)
By Jennifer Pallanich | October 28, 2021 | 10:00 a.m. ET.

Price decreases for LED installations are opening up a myriad of possibilities for video-driven broadcast sets.

Knowing that easy-to-use tools are used more often, vendors are making the software that drives these video walls as straightforward and drag-and-drop as possible. And though LED technology continues to improve, one real difficulty has cropped up: the supply chain.

The drop in prices for LED video walls has brought LED “into the mainstream,” says Mack McLaughlin, CEO and creative director at FX Design Group. FX recently installed LEDs for the facility WRDW opened earlier this year in Augusta, Ga. “They’re a fairly small-market station. For them to have that kind of video technology, five years ago they wouldn’t even discuss it.”

Estelle Parsley, WRDW’s VP of news, says choosing LEDs “wasn’t even a question. We knew we were going to get it.”

The previous facility had a chroma wall and a 55-inch monitor. The LED installation in the new facility provides many opportunities for showcasing the talent and setting up different looks in the studio, she says.

One of the biggest events the station covers each year is the Masters Tournament. During this year’s coverage, WRDW put the talent in front of the LED video walls and showed high-res, slow pan video shots of “the world’s most beautiful golf course. It looked like a window to the Augusta National [Golf Club],” Parsley says.

The LED walls don’t provide mere aesthetics, she says, but have changed how the station showcases information.

“It’s cool technology. It looks cool. But what we really value is how it’s been able to ramp up how we story tell,” Parsley says.

There can be a tendency to rely on things like logo graphics, skyline graphics and live shots, she says, but those “are the basics. How do we take it to the next level?”

Devlin designed the Tennis Channel’s set, which features “some incredible displays” that are “much more dynamic” than the previous set, she says.

Devlin also did a project for the Riot Games, which didn’t want a set that made them look like a traditional sports broadcast, she says. Instead, they “wanted to break the mold.” The new design, which replaced a desk with a display screen behind the hosts, is “4100 square feet of technology,” Fiolek says.

“The interesting thing about video walls is they are kind of limitless,” she says. 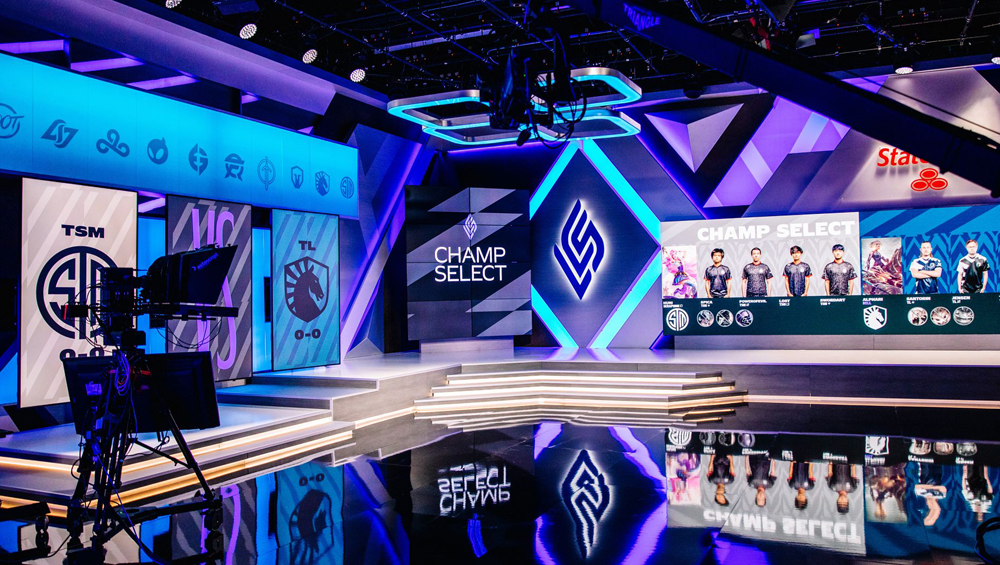 Devlin designed the set for the Riot Games, which has more than 4,100 square feet of display technology. Shown here is for the League of Legends, League Championship Series.

The resulting designs can use different video shapes and angles, she says, such as the round column Devlin designed for Sinclair’s national desk.

“It gives it some visual interest, makes it exciting for the client. Once again, we’re thinking about how to use a set differently, so it doesn’t look like everybody else,” Fiolek says.

McLaughlin believes entire sets will eventually be video driven as prices keep dropping, quality continues improving and pixel count continues rising, making it possible to “go anywhere in the studio and tell a story.” In short, he says, “It gives you the ability to transform the set.”

At the same time, he says augmented reality (AR) will continue be used, and viewers can expect to see increasing use of extended reality (ER), or a combination of video with AR or virtual reality (VR).

“It’s all going to blend together at some point,” McLaughlin says.

LCD displays raised a few common complaints, particularly around cost, size limitations and the visible lines, or seams, when multiple monitors were arrayed together, he says. On the other hand, LEDs are smaller and square and many can be arrayed together without visible lines separating individual panels. 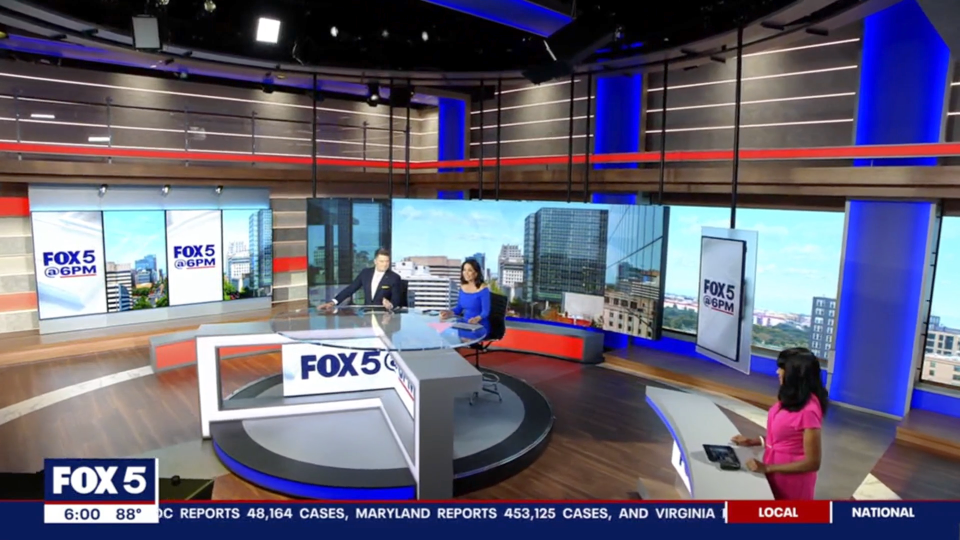 “When LCD video walls took over, it was a slow progression,” Ventura says. LED walls are coming into play 10 times faster, he says. “The transformation is happening so quickly.”

And one reason is that LED walls, in addition to the basic size flexibility, offer other benefits that include richer colors, higher brightness and better uniformity than LCDs, he says.

Visually speaking, LED walls open up a world of opportunity, according to Mark Friedman, Chyron’s global head of creative services.

“What’s exciting for me is working with PRIME Video Walls and all the ways you can slice up a screen and work with non-standard 16×9 resolutions,” he says.

Friedman says the PRIME Video Walls module fits into the overall Chyron ecosystem, making it easier for clients to use.

“Producers don’t have to think about video walls as some difficult thing to figure out or a separate process,” Friedman says.

Instead, the technology fits in like a lower third or a full screen does, he says. “We made it really easy. When things are easy to use, they get used more often.”

And it doesn’t get much easier than drag and drop.

“There are different technologies on different sets, but in the studio, they still need a single platform to be able to rearrange that easily for each program,” he says. “The reconfiguration of the video wall can be done through drag and drop through TRx.” 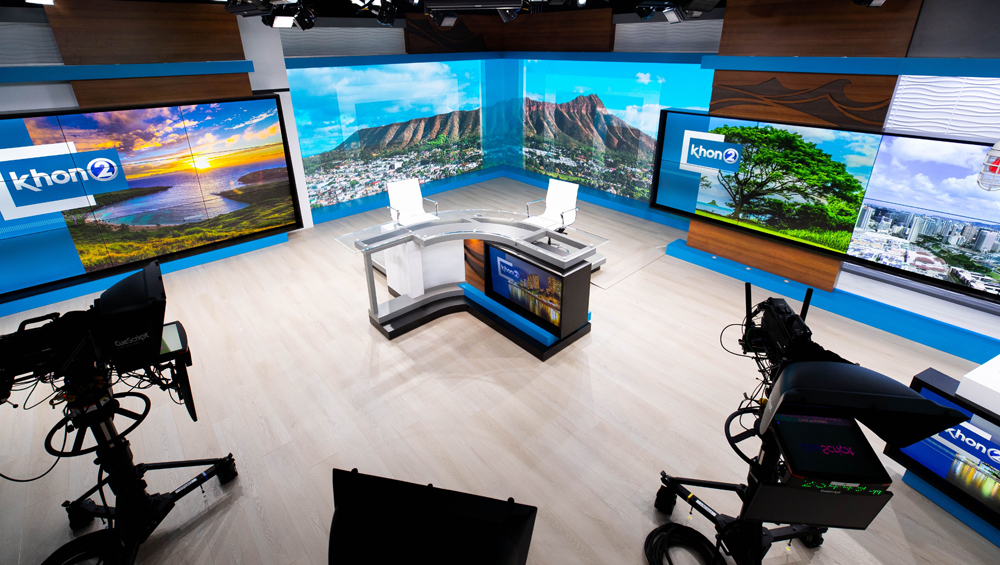 “From the processing side, a lot of people assume video walls just arrive and just work,” he says.

“This allows a deeper resolution overall, which is more valuable, than a centralized processor,” he says.

Overall, costs are coming down for LEDs, even as the technology is improving.

For example, notes Chanan S. Averbuch, EVP of the Americas for Primeview Advanced Display Solutions, costs for finer pixel pitch are becoming more competitive. Additionally, COB LEDs, or LEDs with chips onboard them, are helping reduce the cost of direct LED monitors, he says.

One of the reasons COB LEDs are more cost effective, he says, is because broadcasters don’t have to buy so many spares. 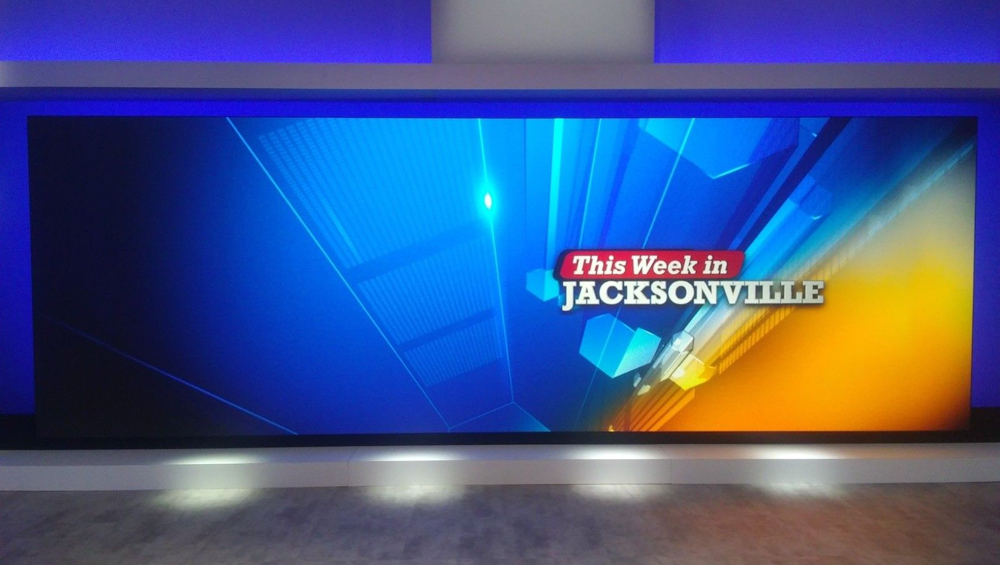 And while costs are coming down, broadcasters comparing LED quotes from different vendors should make sure they are actually comparing costs for similar quality items, says Olivia Reeves, EVP of business development at Neoti.

“There are different components in the panel that can affect pricing,” she says, citing different types of diodes, brands and soldering materials as examples. “You can be purchasing a high-end diode, or a lower end diode. The lower-end one will see more failure over time.”

Diodes may also be soldered by gold or copper. Gold costs more and lasts longer, she says, but copper is a reliable and cost-effect choice that won’t lead to significantly more diode failure over time. 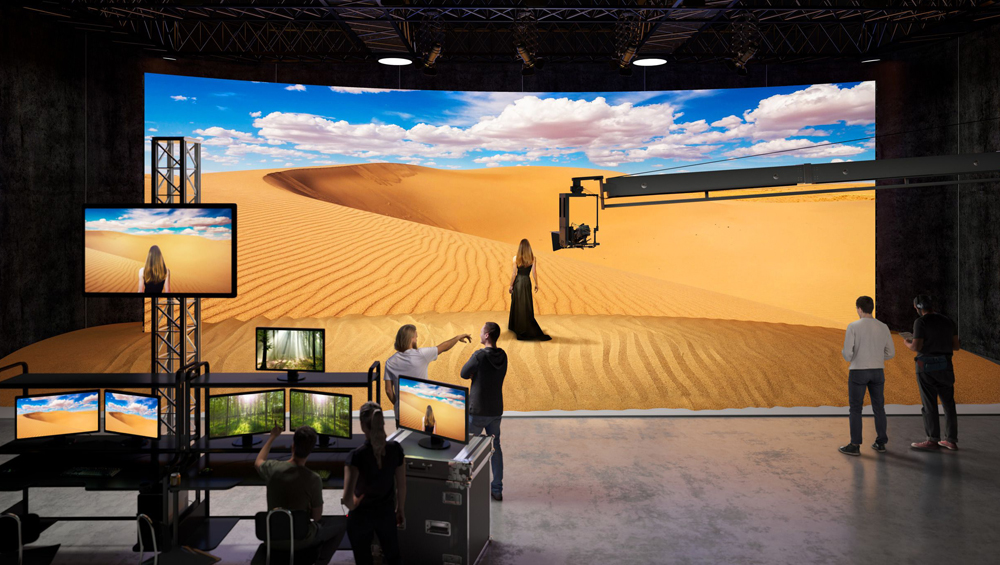 Video walls can be used as virtual sets. (Source: Sony)

With so many sets being designed to feature LEDs, and many LEDs being manufactured in China, the supply chain has become an issue.

“There are 60 boats out in the port of California that can’t land. All of our equipment is being delayed,” McLaughlin says. “It’s literally on a slow boat from China.”