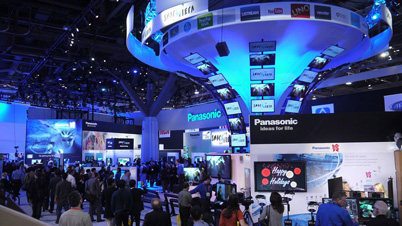 The yin and yang of consumer electronics and the broadcast TV industry means CES 2017 is the place to be in January for broadcasters who want a perspective on what will be on the minds and in the hands of their viewers in 2017. One look at this year’s CES schedule reveals just how big OTT and mobile are in content distribution and just how important the next-gen TV standard is to keeping TV broadcasters in the game.

Is broadcast television antiquated and headed in a few short years for the scrap heap of entertainment technologies right next to eight-track tape players and VCRs?

Or, is broadcasting the dark horse communications medium that will seemingly come out of nowhere to usher in a new era of wireless data networks under the banner of ATSC 3.0?

At the 2017 International CES Convention in Las Vegas, Jan. 5-8, the answer will depend on whom you ask.

If it’s Dr. Josette Bonte, chief strategy officer, CTM: Institute for Communication Technology Management; Erik Ramberg, head of product management at Ericsson and the others participating on “The Next Generation of OTT” panel, Jan. 6, TV broadcasters may wish to review their early retirement options.

However, if it’s Kevin Gage, EVP, strategic development and CTO of One Media LLC; Chris Ripley, CFO, Sinclair Broadcast Group or the others on the “ATSC 3.0: A New Broadband Network” panel on Jan. 4, forget the call to HR and sign up for some SMPTE or SBE IP coursework.

Of course, the convention will also offer conference sessions with speakers who are bound to fall all along that continuum.

For the TV broadcasters among the 175,000 or so people expected to attend CES, the most important takeaway may be that broadcasters are still very much in the game.

While there won’t be any ATSC 3.0 demos in private suites like at the last CES, Sinclair Broadcast Group and the Pearl consortium will be meeting privately with broadcasters and electronics industry representatives about next-gen TV deployment, according to spokespersons for each.

However, if not for the next-gen TV standard, it’s hard to imagine television broadcasting would be anywhere on the CES conference agenda. Worse yet, it would be in a position of ceding content, revenue and influence to OTT and mobile as those distribution technologies are in their ascendency.

A quick review of the conference program may shed light on where TV broadcasting stands in relation to other alternatives.

Only one session is devoted to ATSC 3.0 at CES 2017, while at least six will examine over-the-top issues, three will look at multiplatform delivery and three will explore audience measurement, advertising and analytics made possible by a two-way connection with consumers.

(An update on ATSC 3.0 will also be the subject of a Jan. 8 session at the IEEE International Conference on Consumer Electronics, in Las Vegas.)

However, that’s not to say television broadcasters attending CES can’t benefit from gleaning new insights at sessions on OTT, multiplatform delivery and other topics that may inform a better rounded perspective when it comes to next-gen TV.

For example, broadcasters who see the next-gen TV standard as a means of allowing viewers to follow programming from the living room set to the mobile device as they go about their day may find the work of over-the-top providers to do the same thing useful.

The “Interoperability Quest: OTT Video, WebApps and CE” panel on Jan. 4 will explore the efforts of the WAVE Project to make commercial internet video interoperable across devices with fewer files.

“The Future of TV: From Primetime to Multiplatforms,” Jan. 5, takes a different look at the topic from the point of view of how technology, ad and media companies are jockeying to reach consumers on whatever device they use to consume content.

When it comes to future revenue growth made possible by ATSC 3.0, there may be nothing more important than addressing individual viewers with specific content and commercial messages on the devices they are using at the moment.

CES tackles the topic, albeit from a non-broadcast perspective, with at least three sessions.

During “Multi-Screen Strategies for InternetTV — Technology and Content” on Jan. 4, panelists will discuss the ins and outs of delivering the all-video, all-of-the-time user experience defining today’s media landscape.

The “Transforming Contextual Advertising and Media Platform Relationships” panel, on the same day, with participants from Scripps Networks Interactive, Time Inc., Clear Channel Outdoor, IBM and Google, and “The Future of Content: Cross-Platform Monetization” panel, also on Jan. 4, with participants from Adobe, Sinclair Broadcast Group and The Weather Co., will take the deep dive on using new media to deliver personalized content and advertising to unique viewers using different devices.

Of course, broadcasters can expect other tech developments of interest at CES apart from the distribution side of the business. Several sessions will look at VR, including the Jan. 6 launch of Hubblo, a portable VR camera for delivering of live 360-degree, 3D immersive video and the Jan. 4 session, “Virtual Reality Transforms Media — TV, Movies and News.”

Sessions examining advancements in MEMS, microelectromechanical systems, in displays, on Jan. 5; 4K UHD TV on Jan. 6; and technology in sports and fan accessibility also on Jan. 6, may also give broadcasters some fresh insight into what’s possible.

With the TV industry awaiting ATSC 3.0 rulemaking at the FCC and the failure, at least so far, to bring the TV spectrum auction to a successful conclusion, one CES session certain to be of interest to broadcasters is the “2017 Preview: FCC and FTC Commissioner Roundtable” on Jan. 5.

FTC Commissioner Maureen Ohlhausen, will be joined by FCC Commissioners Ajit Pai and Mike O’Reilly for the session.

There’s much more to CES than sessions, however. The exhibit floor will be dotted with vendors — in booths and wandering the floor — with ATSC 3.0 on their minds.

Fraunhofer, Dolby Laboratories, LG Electronics, Technicolor, Samsung and Sony Electronics will be among them. Verance, the company behind the watermarking that enables 3.0 interactivity, will be on hand to promote an ongoing trial of its technology in the United States.

Keynotes will underscore new developments and directions in consumer electronics, including the Internet of Things, automotive technology and connected fitness.

Of particular interest to broadcasters may be NVIDIA Founder, President-CEO Jen-Hsun’s address on Jan. 4 and an interview of Barry Diller, Expedia chairman-chief executive, on Jan. 5.

As at the past 10 CES conventions, the National Academy of Television Arts & Sciences will present its Technology and Engineering Emmy Awards during the show. This year, the event takes place Jan. 7 at The Bellagio Hotel in Las Vegas. Winners were announced in October.

For broadcasters who want to celebrate their future 3.0 prospects or just the end of a long, grueling convention in Las Vegas, CES 2017 will wrap up with a closing party that starts at 10:30 p.m. on Jan. 7 at the Cosmopolitan’s Marquee Nightclub & Dayclub.

Thank you for this. Great primer