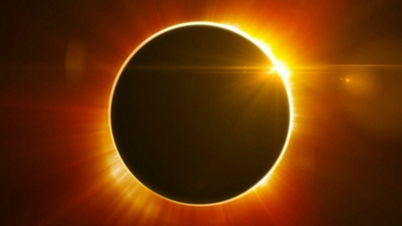 The United States will experience a coast-to-coast total solar eclipse Aug. 21 — the first in 99 years. For the reporters, anchors and news crews at local TV stations, coverage of the celestial event is a once-in-a-lifetime opportunity. With just under two months to go, many stations are deep into their coverage planning.

Planning for how best to deploy personnel and leverage technology to cover the Aug. 21 total solar eclipse is underway across the country at many local stations and station groups.

“We’ve been planning coverage of the eclipse for some time,” says Julia Campbell, a Gray Television VP on the station group’s media and technology team.

“We have stations all the way across the path of the eclipse from Twin Falls, Idaho, to Augusta, Ga.”

The full eclipse of the sun, the first in 99 years to traverse the continental United States, will cut a trail northwest to southeast from Oregon to South Carolina.

The celestial event begins at about 10:15 a.m. PT north of Newport, Ore., and ends at about 4 p.m. ET on a barrier island northeast of Charleston, S.C.

For station groups, the eclipse offers a rare opportunity to leverage group resources to cover a planned news event that touches many of the states where they have market coverage.

“Our stations are perfectly situated in the path of the eclipse,” says Campbell. “So we are going to pool our resources and leverage our technology to provide viewers online and on air with a front-row seat to this unique event in history.”

Gray has at least 10 stations directly in the path of the eclipse, and several more will send additional crews, cameras and contribution technology to help cover it. “This is truly going to be all-hands-on-deck event,” she says.

Sinclair will “maximize stations like KATU” in Portland, Ore., sending crews from the station to places where the eclipse will peak, he says.

Stations in Boise, Idaho; Salt Lake City, which will cover Wyoming; Nashville; and Columbia, S.C., are among the six to eight that will contribute live eclipse reports from the field, says Parsons.

Social media platforms play a critical role in Sinclair’s plans to distribute its coverage of the event. “We are looking at this as a big social media event and a big engagement event,” he says.

Sinclair’s current plan is to produce a three-hour live event for social media that tracks the eclipse across the country.

The same newsgathering resources will contribute live shots to be used on the morning shows of all 66 Sinclair news-producing stations “to get people excited” about the eclipse. The stations also will do a wrapup on air when the eclipse is complete, he says.

Both Gray and Sinclair say their expansive footprints will likely make it easier to sidestep problems with cloud cover and rain.

“We have reporters, photographers and cameras almost all the way across the path. So I think we will be able to put some good coverage together [regardless of localized cloud cover],” says Gray’s Campbell.

Parson echoes Campbell’s sentiment. “While weather could interrupt some of our resources, I am confident we will have plenty of content for our consumers,” he says.

Even if broadcast coverage of the eclipse is socked in nationwide by clouds, broadcasters have a solution, says NASA spokesperson Dwayne Brown. The space agency will make a clean feed of its extensive eclipse coverage available to the media, he says.

Unlike terrestrial bound broadcasters, there’s no possibility that weather will interfere with NASA’s unique vantage point on the eclipse.

It plans to distribute video from 11 spacecraft, including the International Space Station, high-altitude aircraft and specially equipped balloons, as part of its feed, he says.

There’s more to concern broadcasters when it comes to the eclipse than weather, however.

Curtis Jackson, news director at KIFI-KIDI, the News-Press & Gazette stations in Idaho Falls, is wary of cellular phone service, which the station plans to use to coordinate shots with reporters in the field.

Often, mobile phone coverage in rural areas of the western United States can be iffy, and the influx of tourists expected for the eclipse could make a bad situation worse, he says.

“Texting might be better,” he says. “We are going to do tests over the Fourth of July holiday because we know there will be lots of people in one spot, and we want to see if we can make it work.”

The station long ago gave up its two-way radios, and Jackson has no plans to buy new ones simply for eclipse coverage, he says.

The KIFI-KIDI plan is to go live across several cities in its markets from Idaho Falls to Jackson, Wyo., during a special two-hour show on the morning of Aug. 21, Jackson says. The on-air show will be simulcast on the station’s website.

The station will use a combination of microwave trucks and IP newsgathering backpacks for live coverage contribution.

Plans call for Wi-Fi to provide a backup to the mobile phone network for IP backpack contribution, Jackson says.

Beyond its local coverage, KIFI-KIDI will join with other News-Press & Gazette stations in Bend, Ore.; St. Joseph, Mo.; and Columbia, Mo., each of which is in or near the path of the eclipse, to produce more extensive streaming coverage of the event, he says.

The station has started weekly meetings to prepare for its coverage and ordered filters for the cameras that will be pointed directly at the sun.

Protecting the vision of news shooters and the imagers of the cameras that will be used to shoot the eclipse was cited as a top priority of all of the broadcasters interviewed for this article.

While it may be commonly understood that looking directly at the sun can damage human retinas, it may be less well-known that ENG cameras pointed at the eclipse could be damaged as well.

“There is no black or white here,” says Steve Mahrer, senior technologist at Panasonic. Localized heating in the camera at the imager can create a problem.

The polymer gel used to form the microlenses that concentrate light on the individual pixels of CCD and CMOS imagers in ENG cameras can be distorted by heat.

“If you point the camera at the sun, there can be a lot of infrared light and heat land on those little microlenses, and they can either melt or deform,” he says.

Mahrer advises news photographers to exercise caution when shooting the eclipse. Specifically, they should affix “pretty heavy” neutral-density filter, such as a 3 ND filter, to their camera lenses, use the camera’s internal ND filters and close the camera iris when setting up the shot, he says.

“Then bring up the exposure till you get a normal image,” he says. “Don’t start the other way around and then start dialing in the ND filters. That could be dangerous.”

(For another perspective, that of Alan Keil, VP of engineering at Ikegami, click here.)

“We will be at several locations, and I think with the help of our other Raycom stations in the area — Myrtle Beach, Charleston and Columbia, S.C., — we will have plenty of resources to cover the progress of the eclipse,” he says.

The station plans to produce on-air and live streaming coverage of the eclipse. Besides the stream, WBTV’s digital team will supplement the live coverage with maps, he says.

Milligan notes that there is an important similarity between planning coverage of the eclipse and how to cover tropical storms and hurricanes, which the station frequently must do. Both give newsrooms time to prepare coverage.

“However, with a hurricane, sometimes you will make the same kind of plans, get out to the coast, and it makes a hard right turn,” Milligan says. “I imagine we will have more certainty about the path of the eclipse,” he adds with a chuckle.

(Editor’s note: Check out this blog post today in Playout for links to various resources stations may wish to use in planning their eclipse coverage.)

I plan to observe this eclipse at Lost Sea Caverns in Sweetwater, Tennessee (There practically on the centerlsnr give or take five miles). After the eclipse I’ll descend upon Gatlinburg for a few days of fun including a day at Dollywood where, if things go as planned their Lightning Rod will become my 500th roller coaster. This will be the fifth solar eclipse where I traveled to be near the centerline of a solar eclipse (Total Eclipses in 1991 and 1998 and Annular (AKA “Ring Of Fire”) eclipses in 1994 and 2012) so if the lord wills this will be my fifth eclipse seen from the “Main Event” zone, making me an “Eclipse Chase Ace”. 🙂

Just a heads up to all the News Producers and Directors. If you come to the “sweet spot” of the eclipse here in Southern Illinois, expect any bonded cellular ENG gear to be iffy in reliability. Only way you’ll get 100% guaranteed live coverage out is via sat truck; or via FTP for non-real-time. The 4G cell infrastructure here is a narrow band along the Rt.13 corridor. We use TVU-One gear to supplement our two microwave trucks, and on busy days there can be problems with getting a decent feed without running the bit rate waaaay down and turning latency waaaay up.