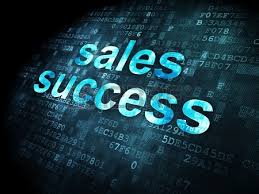 The rise of mobile viewing platforms means TV stations have new tools to offer advertisers who want to reach viewers no matter where they are. And it means stations can offer a greater variety of options — and price points — to potential advertisers, many of whom don’t buy time on traditional TV. This is Part I of a four-part series. Part II on the automated buying of spot will appear tomorrow; Part III on Thursday will focus on improving digital sales operations; and Part IV on Friday will offer a case study of a successful digital sales effort and the lessons it offers for broadcasters and newspapers alike.

To keep pace in today’s dynamic media ecosystem, TV station sales departments have had to change how they operate. They have shifted their focus from competing mostly with other TV stations to competing with all other local media as well as national digital media with an interest in local markets.

The shift has led TV sales managers to look for account executives who are skilled in selling digital media and who can hit the streets to drum up new business.

“Over the past five years, we have gone to less than half our people working on pure RFP. We have business development teams who call on advertisers. We have a sports team. We have a digital team. We have local business development teams who sell multiplatform. That is the key to the way we’ve changed. Now, we tend to go out with our portfolio to advertisers as an adviser, rather than selling spots.”

Michael O’Brien, VP of sales at E. W. Scripps, says the biggest change has been the emphasis on finding new clients. “We have become much better at prospecting, developing and being business partners with these guys.”

Some of the prospecting has led to fast-growing ad categories like doctors, lawyers, financial advisers and construction companies.

Financial services has grown the most from 2007 to 2012, up 18% to $616 million, according to ad-tracking firm Kantar Media. “Local services,” including doctors, lawyers and contractors, was the second fastest-growing over that span, increasing 10% to $2.1 billion.

The shift in focus to new business stems in part from the collapse of automotive ad spending during the Great Recession. Between 2007 and 2009, car sales plummeted and ad sales slid right along with them, down  51% from $4.6 billion to $2.2 billion.

Still, he says, Univision stations are working hard to hold onto — and grow —automotive and other big-spending ad categories. Auto is still the No. 1 spot TV category at $3.9 billion in 2012, or 24% of the $16.4 billion in total spot TV spending, according to Kantar.

“We have developed specialist sales teams within our organization that partner and train our sellers on the nuances of the automotive and political categories to help drive growth,” Dante says.

The new business development is almost all local. “Stations certainly have more control over the growth in the local marketplace than they do national,” says Hammond. “With new business efforts and local revenue initiatives, stations can develop revenue from new clients, new categories and new products. There is more direct access to the client on the local side, so the majority of revenue from station initiatives comes through local.”

Multiplatform selling — that is, selling inventory on websites, mobile apps and digital subchannels — is the other powerful trend.

Most stations have added a digital sales manager, digital salespeople and one or two support staff. That’s on top of the stations’ traditional ad salespeople, many of whom now also sell their station’s digital platforms in addition to broadcast TV.

“We sell digital first, then we bundle on television schedules later,” says Andy Lobred, VP of digital media at Media General. “That’s a win-win. It lowers our acquisition costs and it boosts our revenue.”

Scripps’ O’Brien says the goal is to deliver a broad-based service to advertisers. “Our pitch is that we can reach consumers no matter where they are, whether they’re on their mobile phone first thing in the morning or watching on the iPad while the game is on the big screen or if they’re watching something on the phone while they’re standing in line at the grocery story.”

The new platforms have also opened up doors for stations and their sales people.

“I think 10 years ago, a seller may have gone into a business, make a call and come back to the office concluding that a particular client couldn’t afford TV,” says Hammond. “Now, with all that they have to sell, our sellers have solutions for any type of client to grow their business, regardless of their size or marketing budget.”

Among the new platforms they are selling are subchannels like Weigel Broadcasting’s Me-TV. NBC’s Cozi and Sony’s GetTV.

The so-called dot.2s and dot.3s have started to attract viewers. Nationally, Me-TV has an average audience of nearly 500,000 viewers in primetime, according to Nielsen.

The subchannels are no longer thought of as giveaway spots to stick onto an advertiser’s broadcast buy.

“They’re good to package in with our core broadcast channel,” says Hammond. “If a seller is out talking to a client, they have a core station, they have a secondary channel or two and they have a suite of digital platforms. It’s one conversation between the seller and the client.”

Broadcasters remain split on whether it is necessary to have a dedicated digital sales team.

But others like Jerry Martin, GM of Post-Newsweek’s NBC affiliate KRPC Houston, prefer what he calls the “hybrid” approach.

“We may always stay there with traditional salespeople who are comfortable in transactional business. And then there are people who can develop new business on the TV side and digital side. They will be the new superstars. That’s kind of what we have now on our sales force.”

This is Part 1 of a four-part Special Report. Read all the stories here.