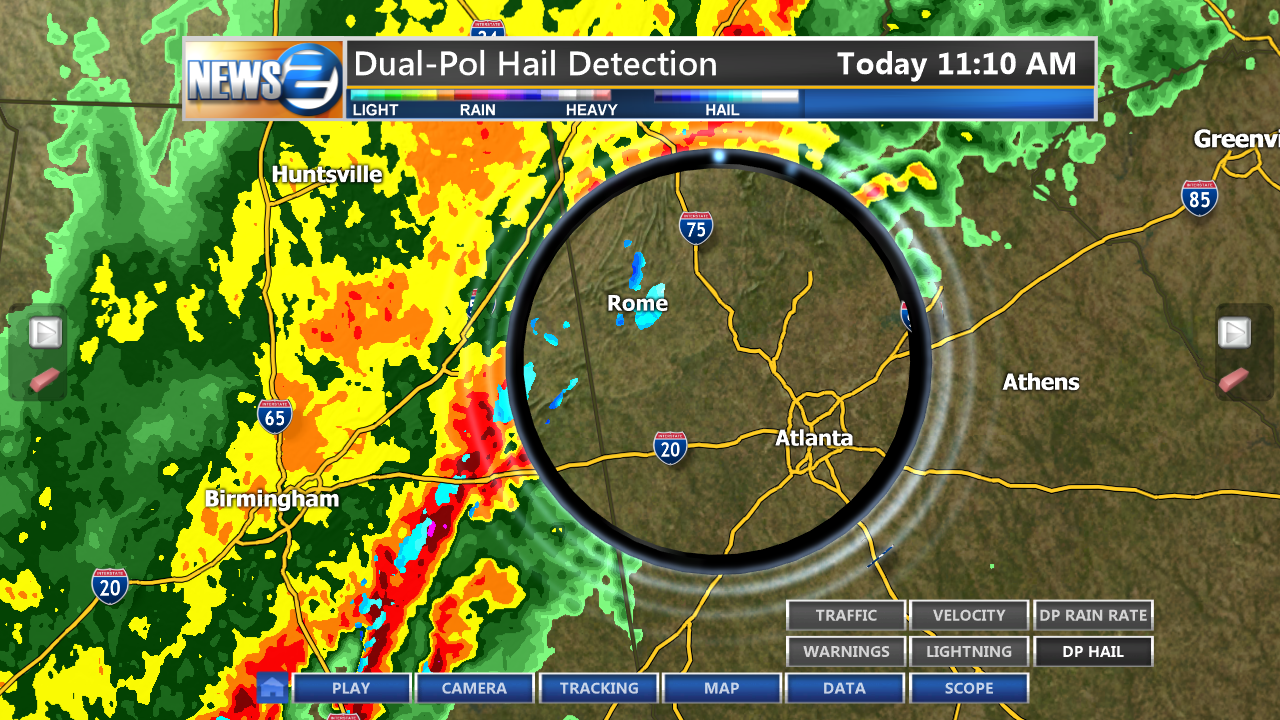 Dual polarization, or dual-pol, radar is changing forecasting. With the dual-pol data, TV meteorologists can do things they couldn't do before — distinguish among rain, snow and hail in a storm; analyze wind shear to determine where a tornado may appear and how it may move; determine the size and shape of rain drops that helps in predicting flash flooding; and "see" the tornadic debris signature that says that a funnel cloud has actually touched down. However, station forecasters need to get educated in how to accurately analyze and interpret this new data. This is the third part of TVN’s Severe Weather special report. You can read the other parts here.

A new generation of radar deployed nationwide by the National Weather Service is giving local TV meteorologists the ability to make more accurate, detailed forecasts of severe weather like tornados, thunderstorms and blizzards and to peer inside the storms to reveal potentially life-threatening conditions.

In April 2013, the National Weather Service completed a three-year upgrade all of its 170 Doppler radar stations in the United States to dual polarization, or dual-pol. The move was “the most significant enhancement” to the radar system since its adoption in the early 1990s, according to the NWS.

“The transition to dual polarization has produced logarithmic growth in the [weather forecasting] data, not just linear growth,” says Ardell Hill, president of broadcast operations at Baron Services, which served as a subcontractor on the NWS project. L3 Communications was the prime contractor.

With the dual-pol data, TV meteorologists can do things they couldn’t do before — distinguish among rain, snow and hail in a storm; analyze wind shear to determine where a tornado may appear and how it may move; determine the size and shape of rain drops that helps in predicting flash flooding; and “see” the tornadic debris signature that says that a funnel cloud has actually touched down.

The concept of dual-pol radar is the same as that of adding vertical polarization to a station’s broadcast signal, Hill says. “Whether you are broadcasting a radar signal, a TV signal or radio signal, any RF being transmitted can be broadcast circularly polarized or just in a single plane. But we didn’t just go from a single axis of data to two axes of data,” he says. “You basically get all of the interpolation that occurs between the two planes of horizontal and vertical polarization.”

John McLaughlin, chief meteorologist at KCCI, the Hearst-owned CBS affiliate in Des Moines, Iowa, has seen the value of the dual-pol technology using the station’s own in-house dual-pol radar system. (KCCI is one of the few stations equipped with its own dual-pol radar.)

Last May during a tornado outbreak near Lake Panorama, McLaughlin says, the station was able to see the tornadic debris signature created when the tornado struck a stand of trees near a residential area, giving it the ability to tell residents to take shelter mere moments before the newly formed twister struck condominiums a short distance away.

The dual-pol data coming from the NWS is not good for much in its raw form. It takes vendors like Baron, AccuWeather and WSI-Weather Central to apply proprietary, predictive algorithms and transform the data into images — some detailed and complex for trained meteorologists to examine and some simple enough that the average viewer could understand them.

Other weather graphics companies like ChyronHego and Vizrt also create weather images based on the the NWS data, but they turn to third-party companies like Weather Decision Technologies in Norman, Okla., to handle the data processing.

WSI-Weather Central offers Data Scope, part of its storm tracking system Max Storm. According to Jim Brihan, director of product management for media, Data Scope allows a meteorologist to isolate a portion of the radar signature, peel through the sweep and reveal exactly where damaging hail is falling.

“Dual-pol’s correlation coefficient is a good example of dual polarization radar data that is useful to trained meteorologist but may be confusing to the general public,” he says.

To make it understandable to the public, he says, some meteorologists will view the debris signature off camera and use one of the company’s “value-added products,” such as Max Storm’s storm tracking feature, to show where a tornado currently is as well as where it is expected to be and when.

The NWS dual-pol radar data also drives AccuWeather MinuteCast technology, which is available to smartphone and other mobile device users, as well as stations, says Ryan Ayers, VP of display systems and services at AccuWeather.

Stations can use the same MinuteCast technology as part of the company’s StoryTeller interactive touchscreen display to highlight multiple areas of interest on a map and the impact of severe weather at each location at specific times, Ayers says.

To help meteorologists make the best use of dual-pol data, Baron Services offers several products, including enhanced rainfall accumulation, which helps with forecasting flooding rains; hydrometer classification, which discriminates between precipitation types and helps fix the height of snow or rain; tornado debris signature and swath; shear rate; analysis of the location of shear in the atmosphere; and shear swath, a timeline to show the growth and decay of a storm.

To make that information understandable to viewers, the company offers a suite of weather display software including Omni, a weather graphics system with support for real-time 3D graphics; VIP 3D storm tracking and FasTrac 2D storm tracking; and StormWarn screen crawls for alerts.

In April, ChyronHego announced the acquisition of WeatherOne, an Oslo, Norway-based provider of weather forecast and live-to-air graphics. The company’s flagship product, the Metacast weather graphics system, first appeared in 1995 and is now available as a standalone system or as an integrated piece of the ChyronHego product line.

Karl Eggestad, founder of WeatherOne and now executive director of the ChyronHego weather division, says  Metacast uses the dual-pol data to give meteorologists the ability to adjust the look of the weather graphics presented on air. “Dual-polarization allows you to see the volume of the cloud and see what happens into the weather system rather than just on the ground,” he says. “That is imagery data that can all be displayed in the system. You can display it as an image, or you adjust the colorization of it.”

Dual-pol radar provides a powerful new tool to make minute-by-minute predictions during severe weather. However, it is complex and is only as good as the person interpreting the data, says Baron’s Hill.

Mike Smith, SVP at AccuWeather, says it is incumbent upon TV meteorologists to hone their radar interpretation skills, particularly when it comes to new dual-pol data. “I have seen over the last week several times where radar has been misinterpreted and viewers misinformed,” he says.

Hill says numerous resources are available to meteorologists, including the NWS, the American Meteorological Society, universities and even training from vendors, to increase their proficiency with the new radar.

“We are doing our best to help the meteorologist understand the level of magnitude of change here and reinforce the concept that they do need to do some investment of their own in study and education to really appreciate what is available that wasn’t available as little as 10 years ago,” he says.

This is the third part of TVN’s Severe Weather special report. You can read the other parts here.

It works really well for me